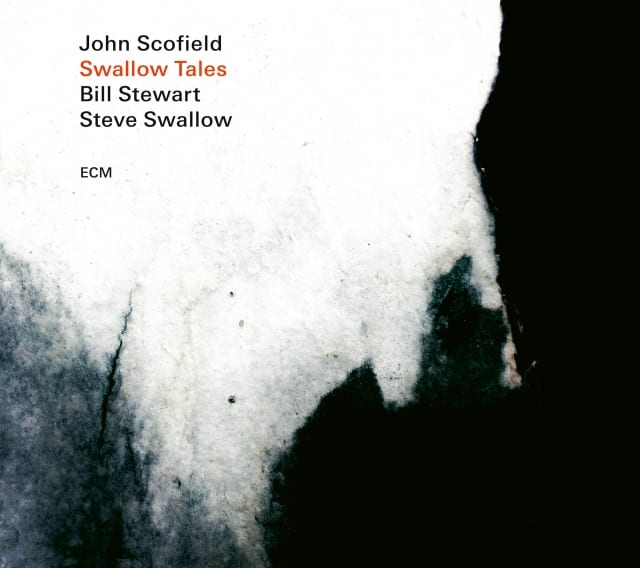 On his ECM debut, the guitar great celebrates pioneering electric bassist and longtime collaborator Steve Swallow, whose tunes have been recorded by the likes of Gary Burton, Chick Corea, Pat Metheny, and Carla Bley. On these nine appealing Swallow originals, Scofield swings with authority on uptempo numbers while exercising uncommon sensitivity and lyricism on ballads. The graceful waltz “She Was Young,” underscored by drummer Bill Stewart’s delicate brushwork, reveals Scofield’s gift for melodic improvisation in his flowing lines and deft chord melody work. Swallow’s nimbly picked bass lines here serve as a contrapuntal foil to the guitarist, who tags the exquisite track with some nasty rock-inflected tones. The trio gets down to the business of swinging on two Swallow classics, “Falling Grace” and “Eiderdown,” as well as on “Portsmouth Figurations” and “Radio,” all showcasing the guitarist’s ability to freely blow over changes. Scofield’s lyrical side resurfaces on the lightly swinging “Awful Coffee,” paced by insistent walking bass lines. “In F” is Swallow’s fractured take on Cole Porter’s “I Love You” while his lovely ballad “Away” showcases the guitarist’s most expressive playing. As an example of modern jazz guitar playing, this is one of Scofield’s finest efforts.