Joan Baez: Diamonds and Rust in the Bullring

Diamonds and Rust in the Bullring 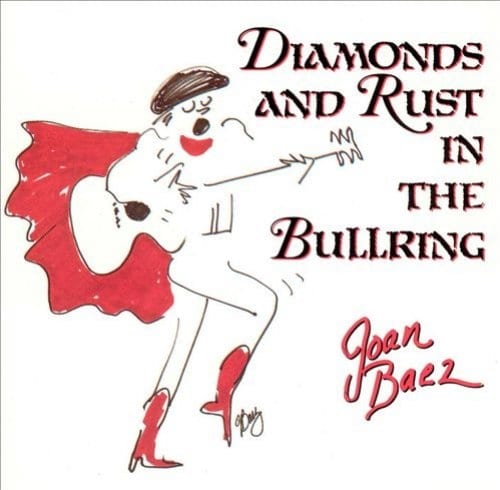 Capturing a live concert is one of audio’s most difficult balancing acts—like taking a snapshot from two perspectives simultaneously. A rare exception is this Analogue Productions release, which captures an impassioned performance with much-better-than-expected sonics. Baez recorded this LP in a bullring in Spain in 1988; eventually it was released on a modest label, but it never saw big sales. It features 12 songs, roughly half performed in English and half in Spanish, plus the folk favorite “Txoria Txori,” which Baez performs for the appreciative crowd in their native Catalan. Highlights include her performance of “Diamonds & Rust” as well as Leonard Cohen’s “Famous Blue Raincoat,” with tasteful piano, guitar, and cello accompaniment. A luminous version of “Sweet Chariot” begins a cappella, the audience supporting Baez in a gospel call and response. The Beatles’ “Let It Be” becomes a showstopper accompanied by gospel piano, organ, and the L.A. Mass Choir. Impeccably mastered from the original analog tape by Kevin Gray at Cohearent Audio, the 200-gram vinyl was plated and pressed at Quality Record Pressings. This small treasure preserves the essence of what makes Baez such a beloved figure on the world stage.