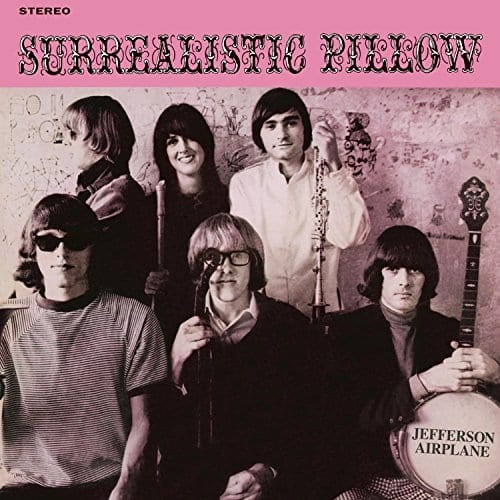 For parents tuning into Top 40 radio in the 60s, hits like “White Rabbit” and “Somebody to Love” probably confirmed their worst fears. The band was the Jefferson Airplane from San Francisco’s Haight-Ashbury district—the counterculture’s ground zero. The 1967 blockbuster release harboring these hits was Surrealistic Pillow, whose 11 tracks were in reality less trippy psychedelia and more a fusion of rock and folk, with harmonies echoing the Byrds, the Yardbirds, or The Mamas and the Papas. It was the Airplane’s second release and crucially the first with added power-vocalist Grace Slick and drummer Spencer Dryden, who joined singer Marty Balin, singer/guitarist Paul Kantner, guitarist Jorma Kaukonen, and bassist Jack Casady. MoFi’s 45rpm double LP is a beautifully packaged gatefold. Sides are short but surfaces are quiet, the sound vintage analog. But what makes this remastering significant is the use of the monaural mix. Much less reverb was applied compared to the stereo originals, giving each track a stunning clarity and detail and intimacy–and a far heavier, more cohesive energy that places the spotlight on the musicianship and enlivens classic tracks like “Today” and “Plastic Fantastic Lover.” If you’ve only known the stereo version, you’re in for a real treat.