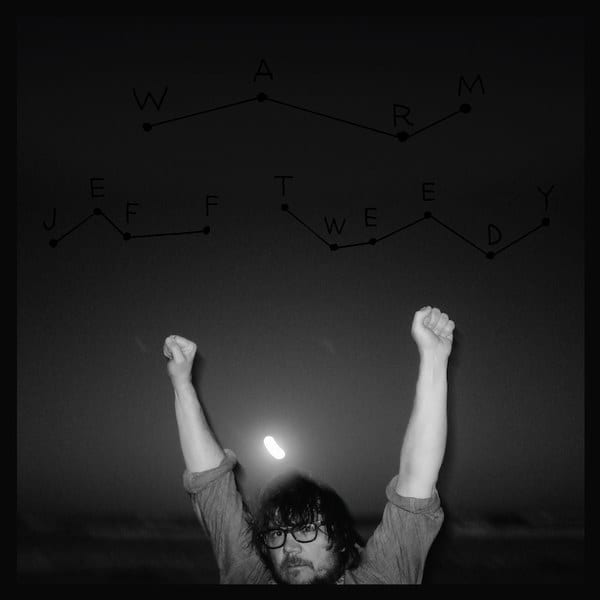 It’s hard not to feel a little conflicted about aging in tandem with a musical hero. But Wilco founder Jeff Tweedy, now nearly a rock elder statesperson, aims to soothe his longtime listeners into bittersweet midlife with his latest and aptly named solo album, WARM. Consider it a respite from the cold, cruel realities of the modern world, where Tweedy envelops you with the cozy acoustic ring of his guitars, delivering straightforward sentiments like “I know what it’s like to not feel love” without a hint of triteness. Himself a survivor of depression and drug addiction, Tweedy has become masterful at reflective, empathic lyrics that avoid self-pity, as demonstrated in “Don’t Forget” (“We all think about dying / Don’t let it kill you”) and “From Far Away” (“From outer space / I am you / At distances / You’re me too”). That he performs with his two sons (Spencer Tweedy drums on most of the album, Sammy Tweedy provides backing vocals and synths) only underscores his ability to find strength in laying bare his own vulnerabilities. WARM feels like a conversation with a cherished old friend and is much cheaper than therapy.