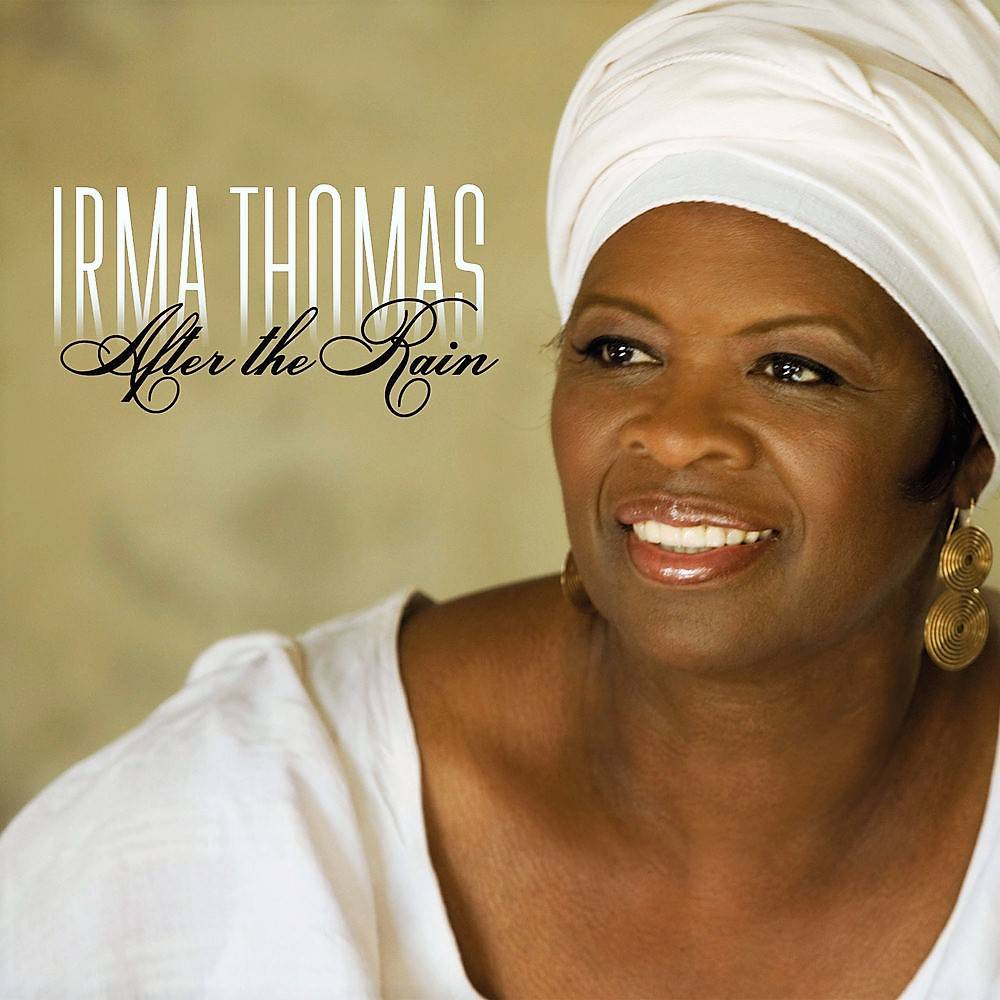 Now available for the first time on vinyl, 2016’s After the Rain was the 18th studio album by Irma Thomas, and it quickly became a benchmark in her career, earning her a Grammy for Best Contemporary Blues Album and serving as a touchstone to those people affected by Hurricane Katrina. Recorded shortly after the hurricane, these performances by the Soul Queen of New Orleans resonate much more deeply in light of it. Supported by a crack team of musicians that includes Corey Harris on guitar, Sonny Landreth on slide, and Dirk Powell on various stringed instruments, Thomas performs a memorable mix of blues, soul, and rock ’n’ roll, and she sounds fully invested in everything she sings. Arthur Alexander’s “In the Middle of it All” makes perfect sense as an opener, as it makes clear that, for Thomas, skirting emotions is not an option, and on the stripped-down blues numbers “Soul of a Man” and “Another Man Done Gone” she digs even deeper. The most affirmative track may be “Stone Survivor,” which stands out for its strength, resilience, and resolve—qualities that seem quite pertinent now, suggesting that, as opposed to a period piece, After the Rain is a timeless work of art.

Tags: AFTER THE RAIN IRMA THOMAS