What does it really mean to say that a luxury consumer good is a “no compromise” product? Sometimes, it means you’re getting the top-of-the-line model with as many bells and whistles as possible. You drive home in a loaded Cadillac Escalade—the Sport Platinum version with plenty of extras, including 22″ 12-spoke chrome-alloy wheels and a polished exhaust tip. The same paradigm can hold with an audio purchase. You go for the preamplifier with the optional phonostage, the server with the standard USB card replaced by one with more impressive specifications, the high-gloss paint finish (in a custom color) that added several thousand dollars to the cost of those already expensive loudspeakers. But other times, “no compromise” refers strictly to basic performance: Nothing is included that could possibly degrade sonic quality. Less is more. This was very much an issue on the table as I got to know Ideon Audio’s $34,900 Absolute digital-to-analog converter.

Ideon is based in Athens, the locus of Greece’s small but vital audiophile community. It’s been operating since 2016, co-founded by the company’s chief engineer Vasilis Tounas and its CEO George Ligerakis, an IT professional. Other principals include Angelos Gallis, representing Novatron SA (a firm assisting with logistics, importing, and accounting) and Greg Mitsacopoulos, the Operations Director and marketing maven. The four are close friends and, while all are highly qualified for their roles in this endeavor, Ideon Audio is also clearly a labor of love. Ideon’s first product was the Ayazi DAC, now in its Mk 2 iteration, which garnered considerable attention for its level of performance at its original price point of around $1200. Soon thereafter came the diminutive USB Renaissance 3R “reclocker,” reviewed in TAS 278. Ideon’s current offerings also includes two other reclocking devices of greater complexity and cost, a streamer, a stand-alone linear power supply, and its flagship Absolute DAC, in development for over three years. In late 2019, Ideon’s product line was taken on by North American distributor Audio Skies of Los Angeles, which carries a number of other top-drawer brands including Larsen loudspeakers, GamuT electronics, and Pear Audio turntables. It seemed an appropriate time for us to have a serious listen to a serious product.

The Absolute is one hefty piece of equipment—bend your knees if you pick it up!—thanks to a 22kg CNC-machined chassis. The enclosure measures 19¼” x 4¼” x 13¾”, the height parameter including four sturdy aluminum pillars. Rounded corners make the box look less severe, and the concentric rectangles cut into its top surface are a nice aesthetic touch. On the front panel are only two functional elements, the 4½” x 2½” LED display and a single large knob that does everything. It turns the unit and off, adjusts volume in the digital domain (if you actually want to—stand by), and changes the input filter or other settings. It’s a little tricky to use at first: You need to remember when to push the knob and when to turn it in order to navigate the menus as intended, but it quickly becomes intuitive. On the rear panel, to the right, is an IEC receptacle (BYO power cord) and an associated rocker-style main-power switch. In the middle are the three digital inputs, one each for coaxial, USB, and AES/EBU connections. Lastly, to their left, are balanced and single-ended analog outputs, one set of each.

Inside the box, students of digital design will find evidence of the innovations and meticulous execution that reflect Vasilis Tounas’ engineering choices. The DAC chipset is ESS Technology’s Sabre ES9038PRO, the most salient feature of which is a dynamic range specification of 140dB. Other manufacturers have utilized this device, but George Ligerakis emphasizes, “If you don’t make sure the whole design of the DAC is appropriate and state-of-the-art, you will never get that impressive result. What we have done, more than most of the others, is to develop many different ultra-low-noise local linear power supplies and a sophisticated analog stage.” The Sabre chip is a 32-bit, 8-channel converter—computations are occurring simultaneously in multiple pathways. Sounding like the computer expert he really is, Ligerakis continues: “We don’t use the classic way of parallelizing the channels of the DAC chip, an area where most manufacturers fail. We do a simple but sophisticated and highly effective parallelization to utilize the high current of these channels. I don’t want to say more, as this is one of the proprietary design elements that we have thought of and implemented!” 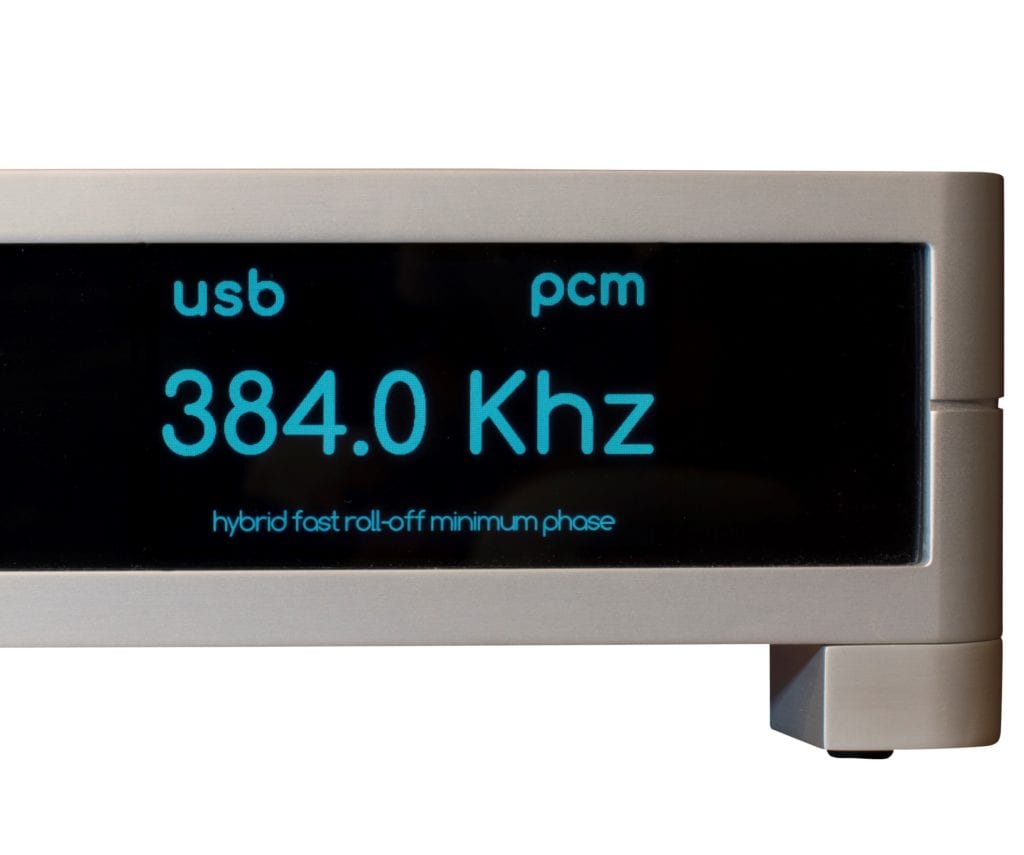 DSD decoding is done via DoP rather than natively, something I’m increasingly agnostic about. Most of today’s DACs rely on DoP (DSD over PCM), an interface that formats DSD data as a PCM signal, which then is “unpacked” back to DSD in the DAC.

The collected letters of Ralph Ellison, who wrote the classic […]

When I walked into the Absolare room at the Munich […]

NXEars are a new entrant in the in-ears marketplace. And […]

The Pearl Akoya is a speaker system that defies easy […]