Toronto, Canada is host to the Interior Design Show held this weekend from January 18-21. It’s an opportunity for high-end furniture, appliance, and interior design companies show their wares. US high-end audio distributor and retailer Wynn Audio is exhibiting at the event to expose consumers to high-performance audio, nearly all of whom have no idea that high-end audio even exists. This type of initiative is just what the high-end needs to expand its customer base. As Wynn explains, “The goal is to open up their ears to what truly good sound is with our system, and hopefully they will think about improving their home audio system in the future. I also hope this exposure to designers would compel them to integrate high end audio systems into their client’s projects, which benefits everyone in the industry.” 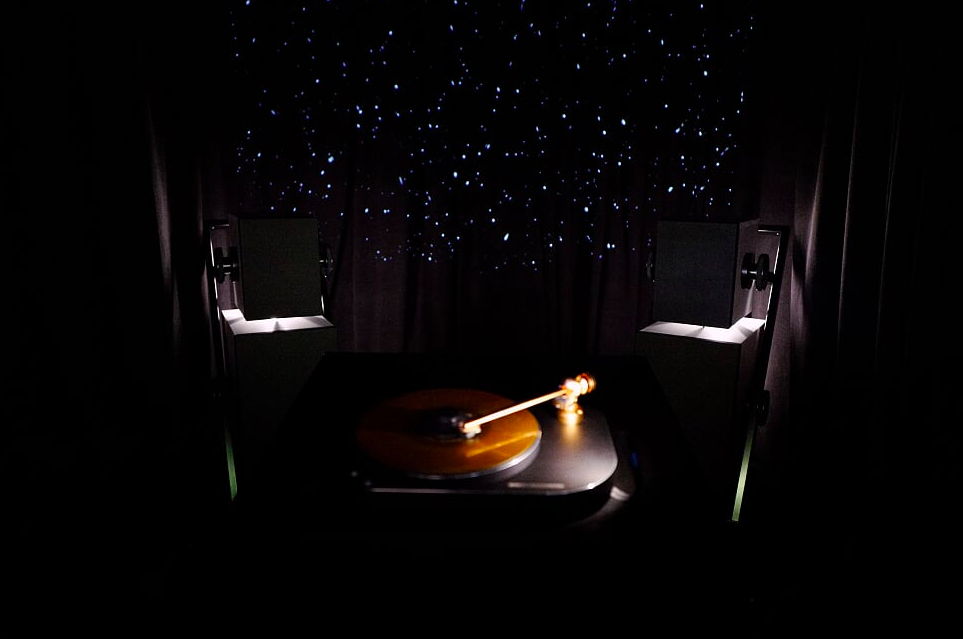 The Wynn Audio system demonstrated includes the Thales TTT-Compact Mk.2 turntable with Statement tonearm coupled to a pair of Goldmund Logos SATYA wireless active speakers. The system won’t be demonstrated in the usual way hi-fi systems are shown. Rather, Wynn Audio has created a unique experience. As explained by Wynn Audio “The concept revolves around the The Golden Record. Since the Golden Record was sent into space back in the 1977 with the sounds of the earth, we want to take that experience into the IDS floor. Wynn Audio will be a listening booth where people will go in and peek their heads inside the booth and listen to The Golden Record. Inside will be dark with a fire-rated sparkle velvet curtain with a few hints of light (lighting the product and the perimeter of the ceiling). The outside is a full brushed gold laminate exterior resembling a shape of a modern gramophone.”