This is the second part of our 2-part report on the “Headzones” section of the recent National Audio Show, 2014 at Whittlebury Hall, Northamptonshire, UK.

Below we touch on highlights and new products from many of the manufacturers represented.

Final Audio Design’s Pandora family of headphones is growing with the advent of the new Pandora Hope IV (£399), which can be viewed as the lower cost sibling of the Pandora Hope VI recently review in Hi-Fi+. Truth to tell, one might easily mistake the IV for the VI from ten paces away, but from up close one visual differentiator is that the ear cups of the new IV are all black (no relation to the famous Kiwi rugby team of the same name), while those of the VI are silver and black. It’s good to know that Final’s Pandora design know-how is migrating downward to more accessible price points. 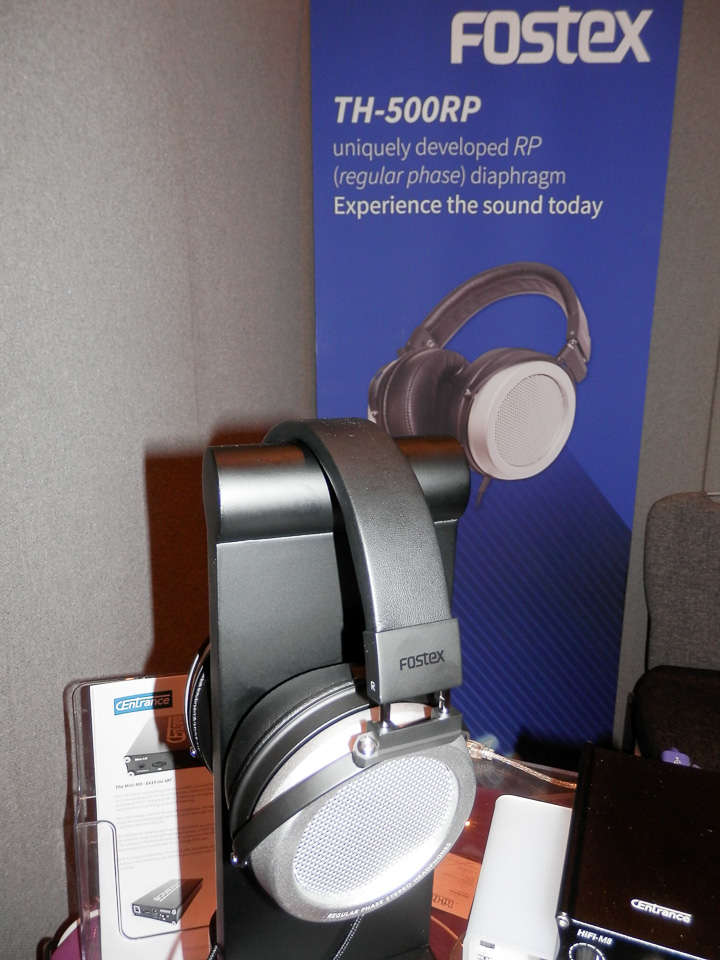 The Japanese firm Fostex is best known for its Pro Sound offerings, but as most any headphonista can tell you the company has been making serious inroads into high-end consumer audio with very high performance, top-tier “orthodynamic” headphones such as its flagship TH-900.

Moreover, a number of talented headphone modification specialists have created a cottage industry by offering extensively modified version of Fostex’s popular, mid-priced T50rp headphones. This fact, as it turns, was not lost on Fostex, who decided it made no sense to allow third-party modification specialist to have all the fun. Accordingly, the firm rolled out at Whittlebury Hall its own updated mid-price headphone called the TH-500RP (£529), which stands as a very strong Fostex update and upgrade to the original T50rp concept (although the T50rp will continue in the product line). Based on a brief listen, I think the TH-500RP will become a major player at its chosen price point. And did I mention that the new TH-500RP is a real “looker”, too? 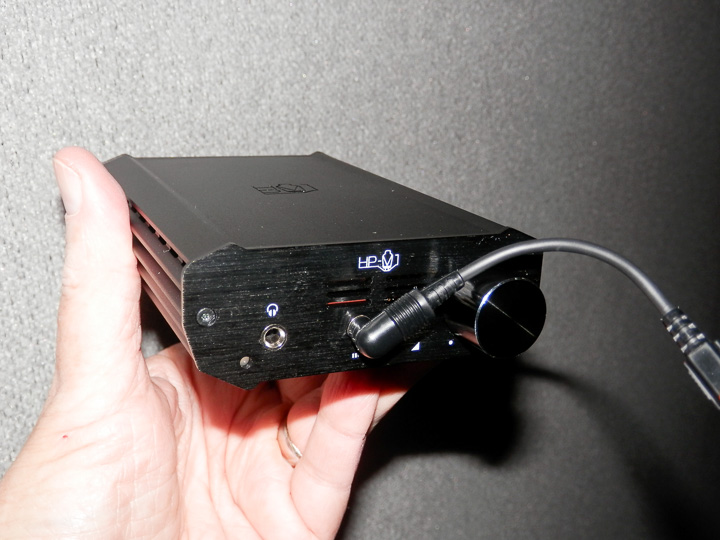 One further, fascinating new release from Fostex is—get this—a compact, portable, battery powered valve-driven headphone amplifier called the HPVI (£399). Now, you can take the glowing gas bottle experience with you when you’re on the go. 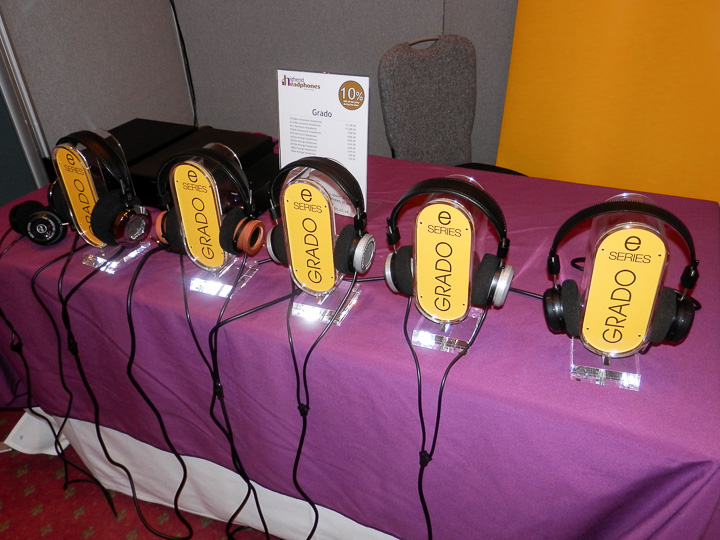 The American firm Grado surprised me not just with a new headphone model but rather an entire fleet of new headphone models collectively known as the “E-series”. In essence, Grado has revamped its entire headphone range from top to bottom to create the new series, highlights for which include all new voice coils assemblies in each model, new types of adhesives used in driver assemblies, and a new lower resonance design. In addition, Grado has made certain model-specific changes in select models. One example would be the flagship PS1000e (£1,700), which in E-series form sounds smoother and more resolving that before, yet also appears to be much easier to drive. 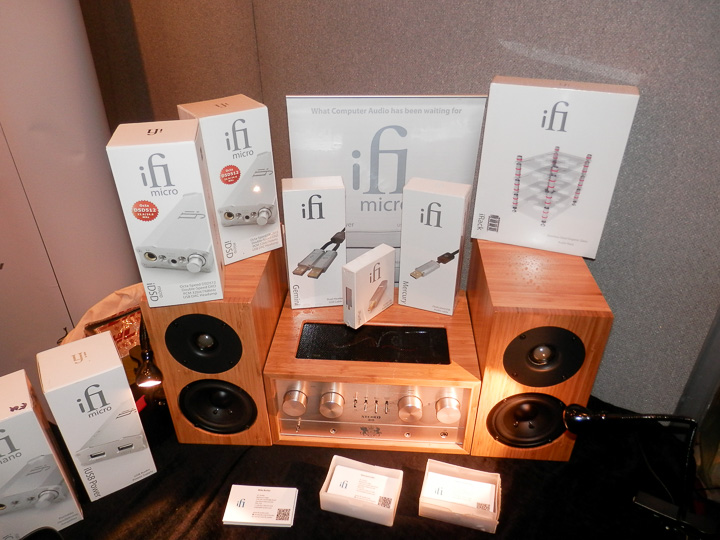 In recent years the headphone marketplace has been chockfull of new releases from traditional audio manufacturers seeking to enter the headphone market. At Whittlebury Hall, however, the British firm iFi, which is best known as a maker of (mostly) headphone-related electronics, reversed the process by showing its first ever full-fledged speaker-based audio system, called the iFi Retro (£1,500). The heart of the Retro rig is a valve-powered 25Wpc integrated amplifier that incorporates not only analogue inputs but also a built-in MM phono stage, plus a DAC/headphone amplifier that offers essentially all of the functionality of iFi’s impressive Micro iDSD DAC/headphone amp. Stylistically, the amp looks more than a little like ¾-scale model of a mid-to-late 1970’s Marantz integrated amp, but comes clad in a case made of gorgeous (and highly resonance-resistant) laminated, bamboo.

To accompany the DAC/amp, iFi supplies a set of small 2-way bookshelf monitor speakers whose enclosures are made of the same laminated bamboo material as used for the amplifier case. iFi’s Vincent Luke pointed out that the speakers are special, too, in that they feature a very nearly crossover-less design (OK, a minimalist capacitor is use to roll-in the tweeter, but that’s about it) that is said to give the speakers an open, free-flowing sound. If iFi runs true to form with this product, we expect this will make a fine starter high-end audio system for, well, just about anybody. 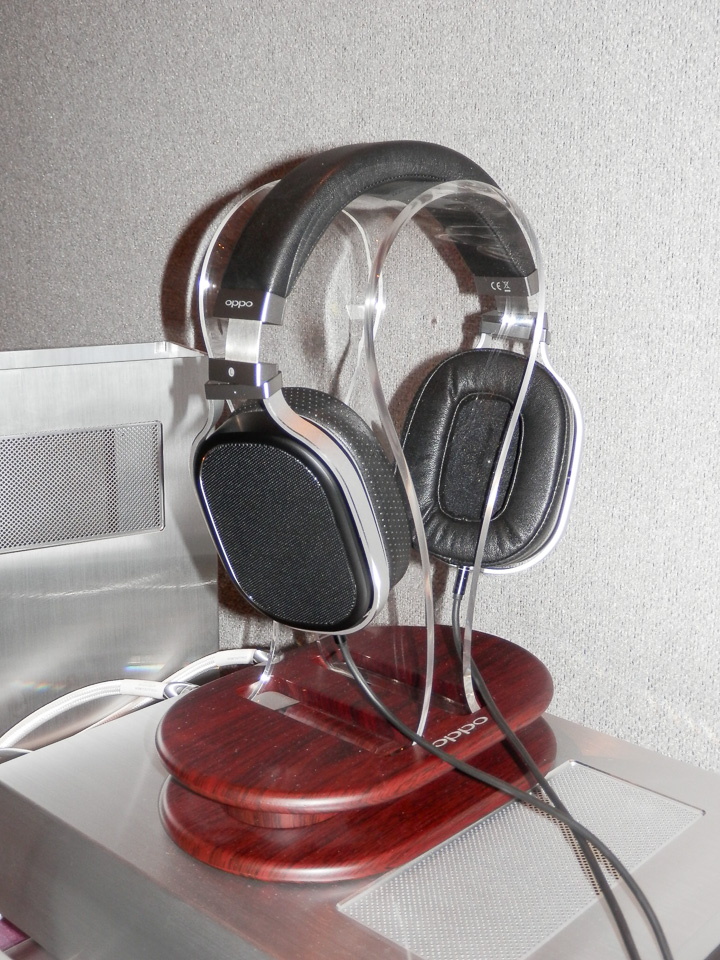 Hot on the heels of the release of its flagship PM-1 planar magnetic headphone, Oppo has now released a new, cost-reduced planar magnetic model called the PM-2 (£699). The astonishing part is that a huge amount of design DNA from the PM-1 has been carried forward into the PM-2, although the voicing of the two models is not identical.

What cost cutting measures have been applied to create the PM-2? The simple truth is that casual observers might not notice any obvious visual differences at all. A closer look reveals, though, that the PM-2 has foregone some of the exquisite fit, finish, and packaging details lavished upon the PM-1, opting instead for very nice, yet not quite as upscale, finishing details (one example would be that metal fittings in the PM-1 headband frame are polished to a Bentley-like lustre, while the PM-2 makes do with matte-finished hardware). Even so, the overall look, feel, and heft of the PM-2 is very similar to that of the PM-1. More importantly, the two models share more-or-less identical driver designs, but with the PM-2 tweaked for a slightly brighter and therefore more analytical sound, but at the expense of sacrificing some of the natural, organic warmth of which the PM-1 is capable.  The PM-2 comes fitted with just one pair of ear pads (the same ones now released as an option for the PM-1) that also serve to enhance upper midrange and treble warmth. Finally, the PM-2 settles for a significantly less elaborate signal cable than the finely crafted OCC copper cables supplied with the PM-1, although PM-2 buyers can order up the PM-1’s signal cable set as an extra-cost option.

Based on a brief listen, our impression was that the PM-2 looks, feels, and generally behaves like slightly differently voiced PM-1, but at a substantial cost saving vis-à-vis its big brother. 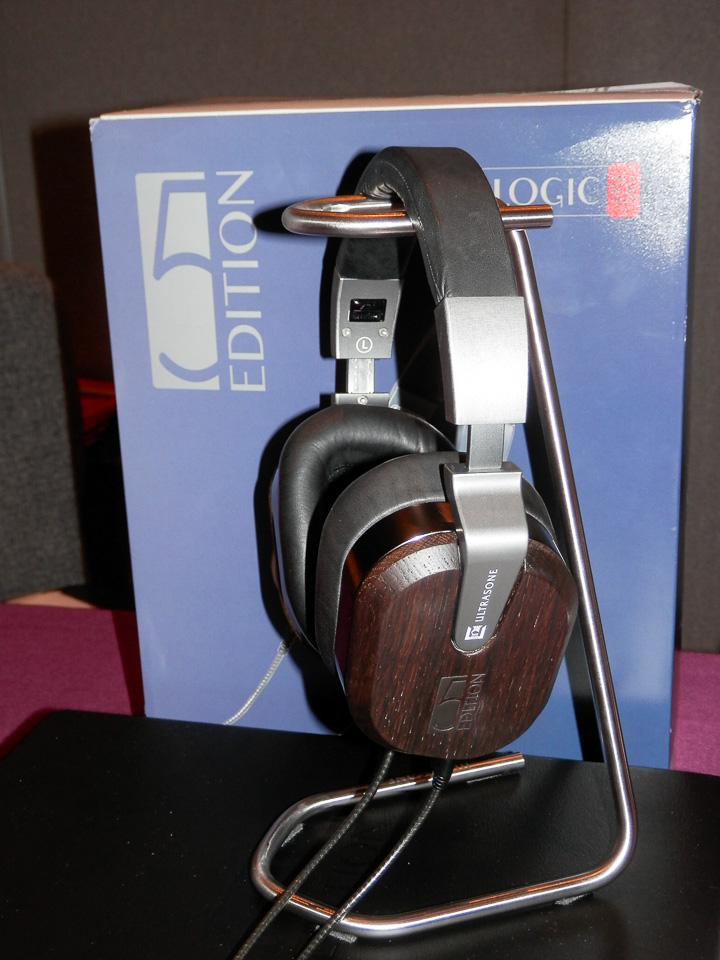 The German firm Ultrasone is well known in the Pro Sound world for both its full-size and in-ear headphones, which have found their way into a number of different studio applications. However, among the high-end headphone cognoscenti the Ultrasone models to covet are those from the firm’s top-tier Edition series, such as the critically acclaimed Edition 10 (£1600) or Edition 12 (£1200). However, for the National Audio Show Ultrasone was demonstrating its most ambitious and most exclusive headphone to date: namely, the new Edition 5 (£3000), of which just 500 units will be produced for the worldwide market. The Edition 5 is essentially a hand-made product that incorporates everything Ultrasone has learned not only about driver construction but also—just as importantly—about driver placement within the headphone ear cup. Specifically, the Edition 5 marks the debut of Ultrasone’s S-Logic EX technology, which uses both strategically offset driver placement plus a within-the-ear-cup waveguide system to dramatically improve the headphone’s spatial imaging/soundstaging characteristics. During a too brief listen, I honestly had one of those rare (for me) audio epiphany moments where I couldn’t help but think to myself, “Oh man, these things just sound right.” If you have the chance, you owe to yourself to hear the Edition 5 because it shows all the earmarks of being something truly special.

But here’s an important hint: If you think you think you might want to own a set of these ‘phones, you need to get to an Ultrasone dealer right way, because I’m told a very large portion of the 500-unit Edition 5 production run has already been snapped by both audiophiles and collectors.