This past weekend large groups of British and other European audiophiles enjoyed the National Audio Show, 2014, held at Whittlebury Hall, Northamptonshire, UK.  But one important facet of the show that some attendees might not have seen coming was the delightful “Headzones” area of the show (sponsored by the superb headphone-centric UK specialists High End Headphones). As its name implies, the Headzones area of the show was dedicated exclusively to high performance headphones and related electronics and cable systems.

It is perhaps a sign of the times (and a welcome one in our view) that within the span of just a few short years headphones have gone from being perceived as high-end audio oddities (as in, “What are those doing at a serious hi-fi show?) to a point where they are—now more than ever—an increasingly appreciated and therefore valid part of the high-end audio landscape.

We at Hi-Fi+ got an opportunity to observe this phenomenon in our own demonstration room, where we had configured both a fine traditional (speaker-based) audio system, but also a series of three headphone demonstrations systems for readers and showgoers to sample and enjoy. On many occasions it became a common sight to look across our room to see all three headphone stations simultaneously occupied by happy music lovers who appeared deeply engrossed, each in his or her own private listening session.

In this 2-part report, we offer a few highlights from several of the manufacturers exhibiting at the Headzone section of the Whittlebury Hall show. 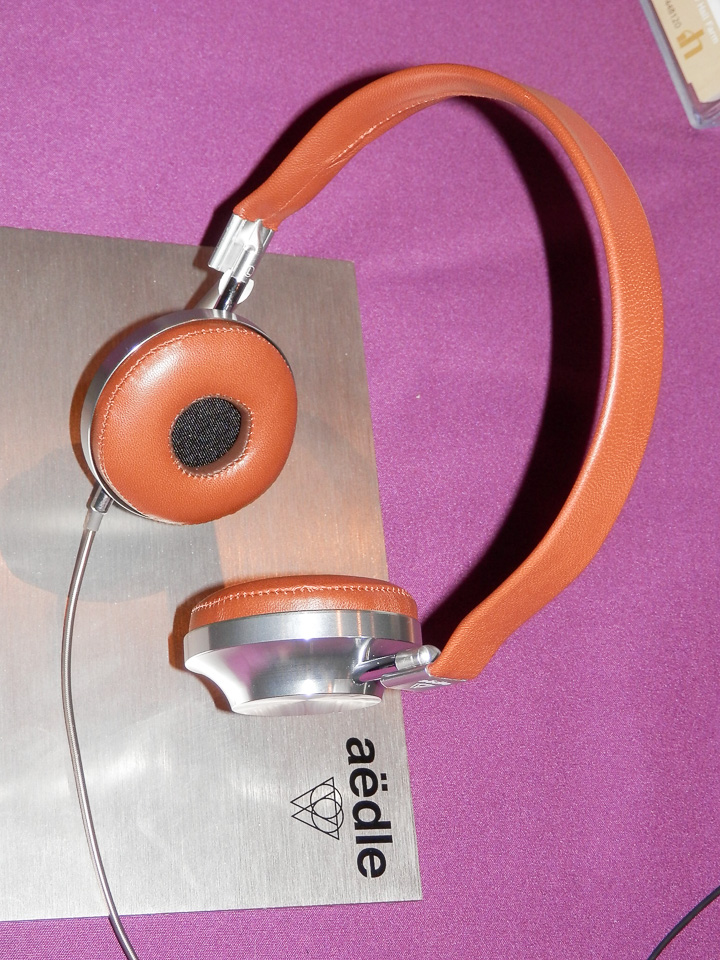 The French firm Aedle, represented both by High End Headphones and the cable manufacturer Atlas, showed its beautifully made and very lightweight VK-1 Valkyrie on-ear headphone (£300). Based on two brief listening sessions, we were struck by the Aedle’s light, airy, open, and well-articulated sound. 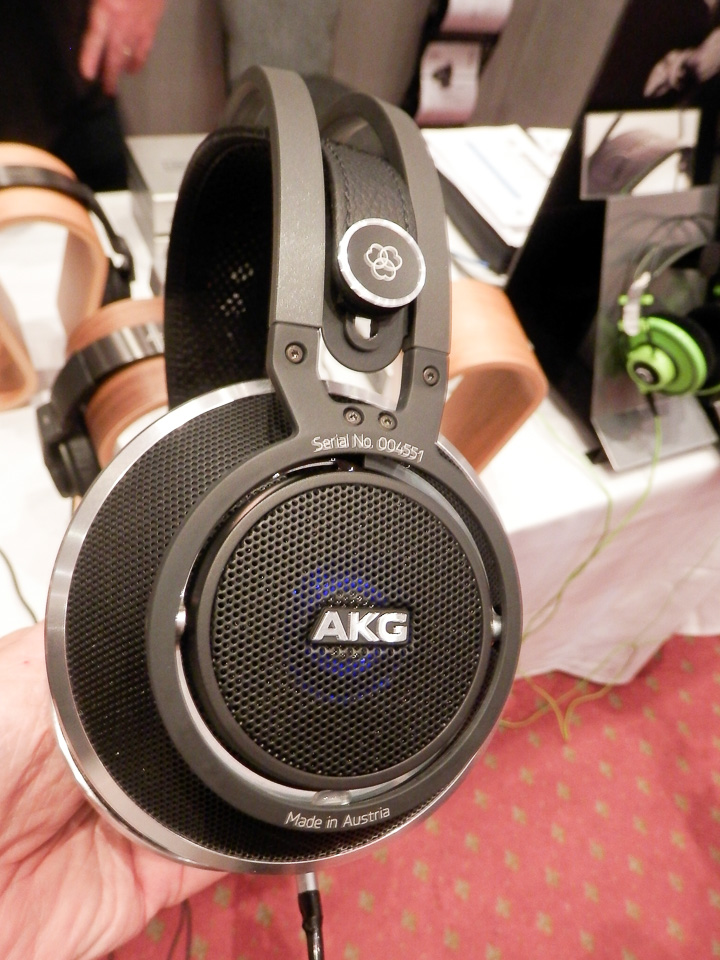 As some of you may know, the Austrian firm AKG offers two broad ranges of headphones, with one range targeted toward the consumer market and the other toward the pro sound world. You might think AKG’s best-sounding and most technically accomplished headphone in recent memory would be reserved for the consumer marketplace, but in the case of the firm’s superb new K812 reference-quality headphone (£1,100) you would be wrong. As it happens, the K812 has been made part of the Pro Sound lineup, but don’t be deterred by the fact. The K812 features large 53mm dynamic drivers, is an open back design, and promises extraordinarily flat frequency response form 24H – 28kHz. In a very brief initial listen, my perceptions was that the K812 does everything I ever liked about the K701, but at a much higher level of sonic refinement and overall performance. In short, I suspect the K812 is the most capable and accomplished headphone from AKG since the late, lamented K1000. 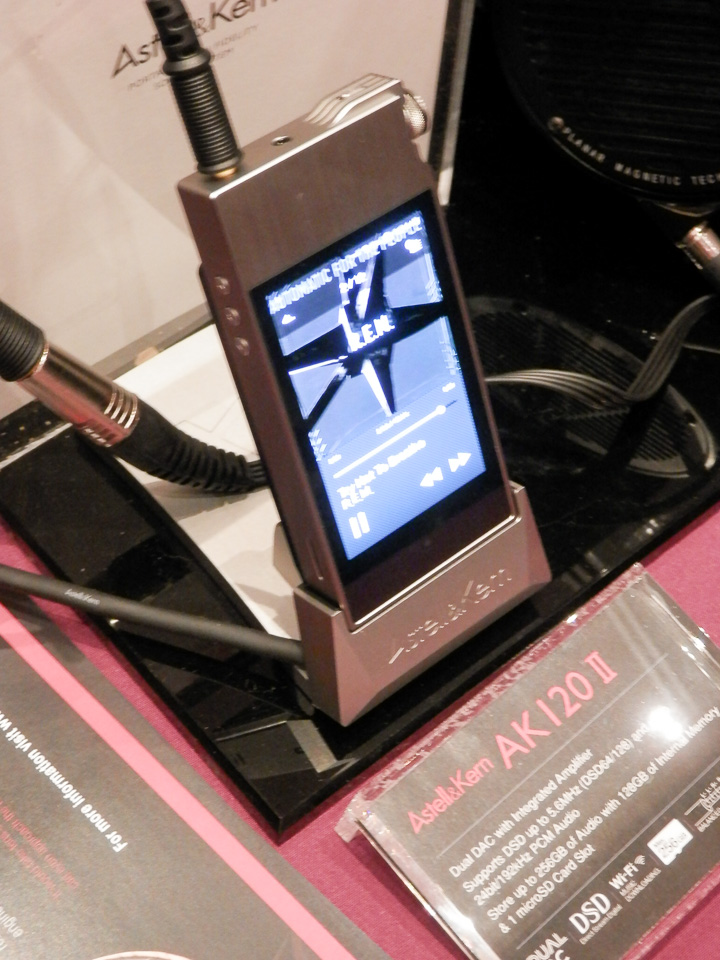 For Whittlebury Hall, A&K rolled out their new AK 120 Mk II digital audio player (£1499) as well as a new Mk II edition of the £AK 100 player (£799). Changes incorporated in the AK 120 MkII are surprisingly extensive, with the player receives a full touch-screen control system, balanced outputs, a new Cyrus DAC, WiFi streaming capabilities, and expanded 128GB onboard memory. Plainly, A&K is not resting upon its laurels, but rather is pressing forward to make already good things even better.

The UK audio cable manufacturer Atlas gets my vote for producing a downright brilliant cable demonstration for the show. Basically, Atlas had set up three listening stations, each based upon an identical set of Arcam DACs feeding a brace of identical Musical Fidelity headphone amplifiers, which in turn were used to drive three identical Aedle VK-1 headphones. At the first station, listeners were invited to do direct, A/B comparisons of two different grades of Atlas interconnect cables. The second station invited A/B comparisons between two different grades of Atlas optical digital audio cables, and the third station made possible comparisons of two different grades of Atlas coaxial digital audio cables. In each case and at each station clear cut and highly repeatable sonic differences easily could be heard, thus putting to rest arguments from self-proclaimed pundits who like to claim “wires don’t make a difference.” In point of fact, they can and they do, but you don’t have to take my word for it. Just get thee to one of these cool Atlas demonstration systems and you’ll shortly be able to hear the difference for yourself and to form your own conclusions. 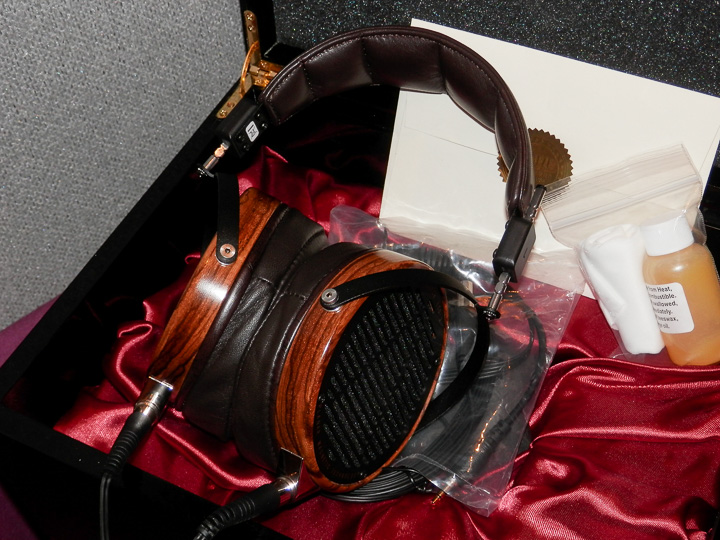 …and speaking of making good things even better, the team at Audeze has quietly but carefully been updating its flagship LCD-3 headphone (£1,599). Although there is no change in nomenclature to denote the update, the latest LCD-3 models are now being fitted with so-called Fazor technology as initially created for the firm’s LCD-X and LCD-XC headphones. What’s a Fazor? Well, in perhaps overly simplistic terms the Fazor assembly is a series of contoured, almost blade-like waveguides that are fitted to booth the front and back sides of the LCD-3’s signature, planar magnetic drivers. The Fazors serve to smooth waveforms launched from the surface of the driver and to minimise unwanted interactions between the driver diaphragm and the driver’s magnet assemblies. The upshot is a subtle but worthwhile improvement in apparent smoothness and openness. 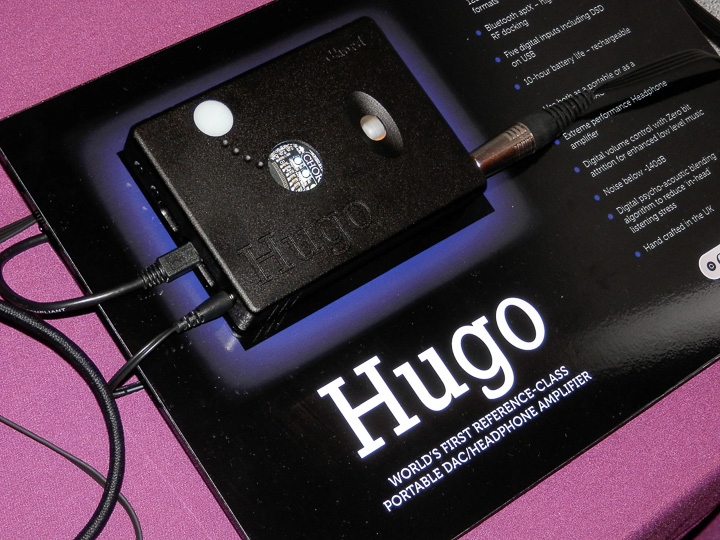 In headphone circles, Chord is justly famous for its excellent Hugo portable headphone amplifier/DAC, which features one of the most sophisticated DAC that Chord has ever produced in any format. The only “drawback”, if you can call it that, is that Hugos were offered only in Silver. At Whittlebury Hall, however, Chord showed a prelease sample of a Hugo finished in black, which will soon become available. This is, of course, a boon for those who prefer their audio components to follow a “back in black” styling motif. What is more, Chord also showed its new form-fitted leather travel case for the Hugo (£99), which—apart from being rugged and well-designed—imparts even more of a “bespoke” vibe to the stylish Hugo. 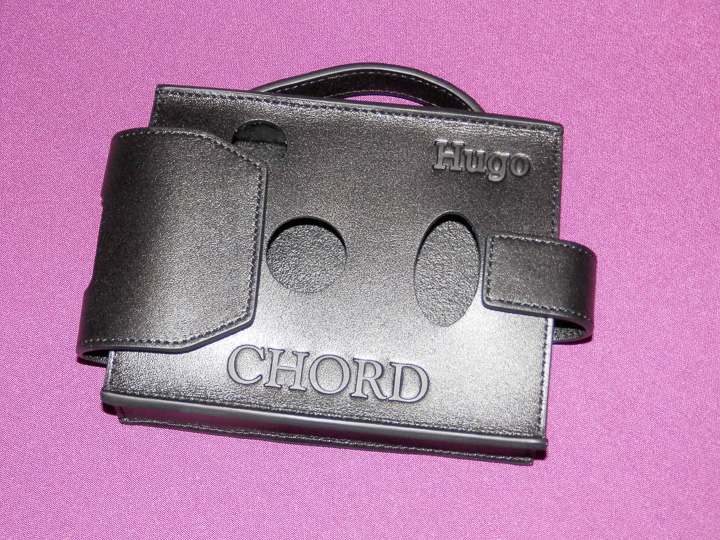