Harmonic Technology Pro-7 Reference Armour and Armour Link III are the firm’s top-line speaker cables and interconnects. As the name implies, they more than look the part—their silver-mesh jacketing appears to be as battle-ready as chain mail. Construction and quality control are, indeed, robust and physically imposing to see. In fact, some dear friends unacquainted with how substantial high-end cables can be joked that the sheer weight and girth of the Pro-7 Ref seemed more suitable for use by an electrical utility company, or for suspending a bridge somewhere, or for lying at the bottom of the Atlantic Ocean supporting a telecomm sector.

A word to the wise: Plan the path of your run of Pro-7 Armour wire beforehand. As the word “armour” in its name implies, this is an unwieldy cable that requires a firm hand when it comes to negotiating obstacles. I also wouldn’t suggest trying to wire up a lightweight, stand-mount loudspeaker without securing it to a heavy stand with plenty of Blu-tac or a similar ultra-sticky substance. Additionally, the terminals on the back of your amplifier will need to be adequately spaced and heavy-duty enough to handle this stiff wire at its terminations.

That said, the aforementioned set-up challenges quickly recede as the musical delights of Pro-7 Ref and Armour Link III come into play. This system produced highly communicative, musically insightful sonics straight across the board. The Harmonic Technology wires imparted a wide spectrum of tonal colors, micro-shadings, and dynamic contrasts. There was not an element in its overall sonic resume that suggested hype or overreach.

Overall, the HT’s tonal character was essentially neutral with just the barest hint of a lighter balance—a characteristic that often accompanies quick transient behavior. As I listened to various vocalists, including Norah Jones covering “The Nearness of You,” it became clear that HT had created a cable that swings cleanly in the midrange with just a hint of forwardness and a small diminution of front/back depth. As mentioned, transient speed was notable; the HT shone on Joe Morello’s potpourri of percussion throughout his ever-colorful, ten-minute solo from “Castilian Drums (Live)” with the Dave Brubeck Quartet [Columbia]. 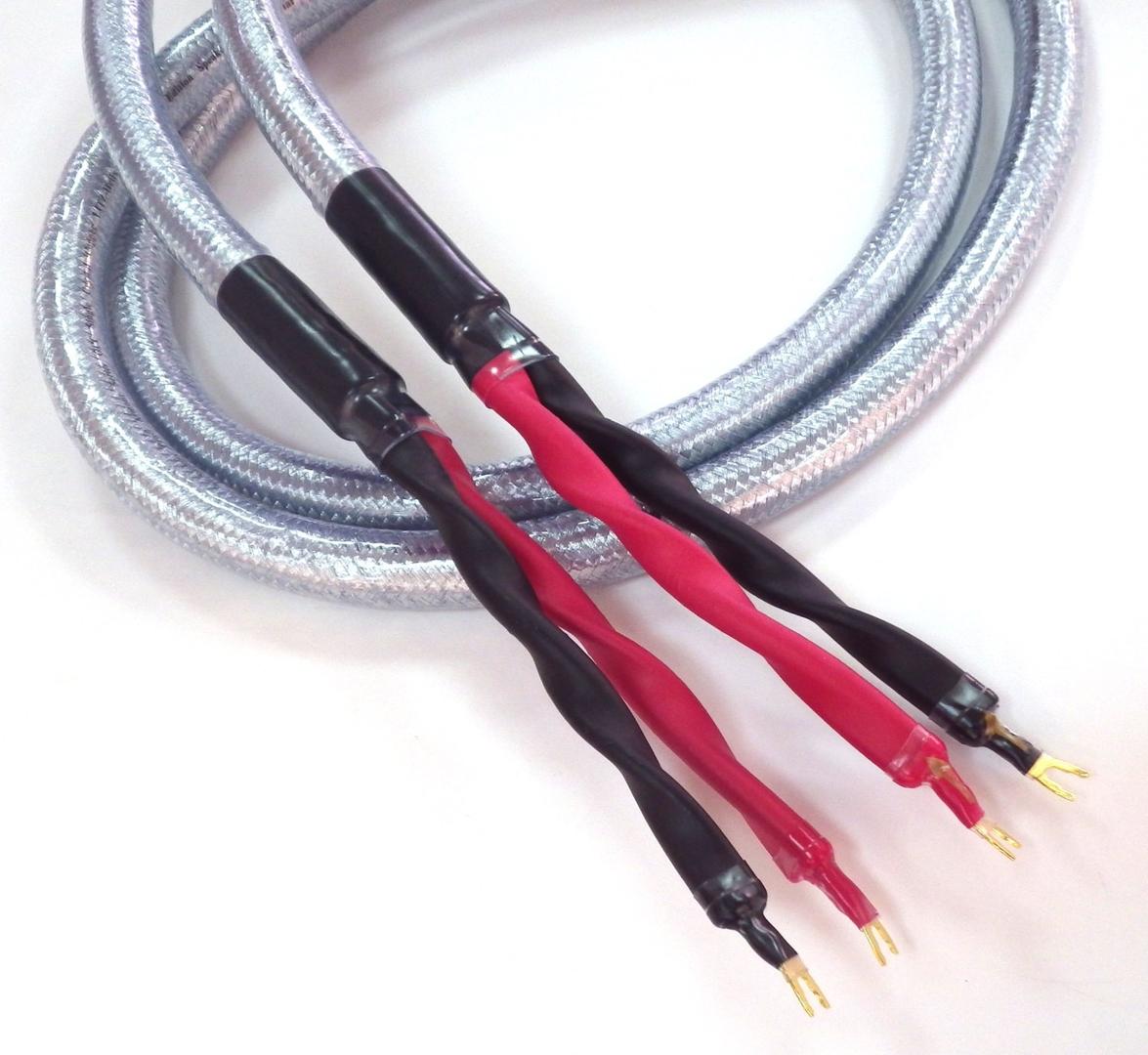 The treble had good air and lift with the string sections on the largo from Bach’s Concerto No. 5. There was no claustrophobic “lowered ceiling” over the stage—the music’s harmonics decayed freely, filling the venue. During the Tchaikovsky Concerto for Violin and Orchestra [DG] I thought that symphonic layering—the delineation of each section of the orchestra row by row—was also very good. These cables achieved a natural balance between sharply focusing soloist Anne-Sophie Mutter’s violin and truthfully reproducing the flavor of the ensemble.

The HT managed to illuminate detail without adding any grit or etch to the upper octaves. If anything it might have been just a little forgiving on top, sweetening harmonics and rounding and smoothing the often complex and shifting textures of voices and strings. Bass response was similarly balanced, with impeccable pitch definition—an uncanny ability to clearly “sing” the notes —from acoustic bass, bass/kickdrum, and even the seismic rumblings of pipe organ.

What captured my attention most of all was the HT Armour’s ability to elicit dynamic gradients from recordings. For example, there’s the rich, immersive atmosphere that the Turtle Creek chorale generates on Rutter’s Lux Aeterna [Reference Recordings]. Listen closely and you can hear the chorus intensifying in volume at critical moments, moving great waves of air and then backing off. It’s these small, graduated shifts that help build the deep spiritual emotion of the piece. In the midst of this, all the low-level information is preserved, from the rumble of the organ, which anchors the performance, to the supportive cello and harp. In fairness, I’ve heard this piece through many reference wires and though in some instances the organ has had a little more depth and weight, and the massed voices of the chorale greater upper-harmonic delicacy, the Harmonic Technology was well within the ballpark of cost-no-object references.

Soundstage was portrayed as a single, near-continuous curtain of sound. And as I listened to the superb Acoustic Sounds’ LP remastering of Joan Baez’ Diamonds & Rust in the Bullring (“Swing Low, Sweet Chariot”), I got an accurate sense of the dimension and connection between the singer and the audience. Everyone is familiar with how easy it is to hear performers sounding disconnected from the audience on live recordings, as if both were taped in separate places. The HT reproduced a three-dimensional stage, with Baez placed forward enough to be intelligible but not so close as to sound aggressive. The audience handclaps and calls and responses, while clearly at a much further distance, were still lively, intelligible, and “of a piece” with the ambience surrounding the soloist. Baez is in great voice on this recording, and her powerful soprano with its almost trill-like vibrato creates a warmth and weight in the surrounding air that the Harmonic Technology reproduced beautifully.

Early on, I concluded that in many respects (perhaps in most), the HT Armour cables rivaled the very best wires that I’ve experienced, including in-house favorites like Synergistic Research’s latest Atmosphere and Wireworld’s Platinum Eclipse Series 7, the latter significantly more expensive. In this face-off, the HT narrowly missed the top rung, but only in a couple of areas. It came up a bit short trying to match Synergistic Research’s 3-D imaging and soundstage holography. In the lowest octaves, Wireworld Eclipse produced a more satisfying solo cello from artist Pieter Wispelwey, with more contrast and bloom, a broader image, and a greater sense of the musician aggressively laying into the strings of his instrument (plus a deeper well of resonance rising up from the entire doublebass/cello section).

The Harmonic Technology Armour cables are statement products, pure and simple; they join the ranks of some of the most elite wires I’ve heard. While every set of cables has a unique signature, I have found that at these exalted levels (and depending on associated equipment) the margins of sonic differences begin to narrow. As I said at the outset, HT’s latest offerings are battle-ready. They enter the fray with all the virtues critical to the attainment of a great high-end system. Highly recommended.