Hank Williams: Pictures from Life’s Other Side

Pictures from Life's Other Side 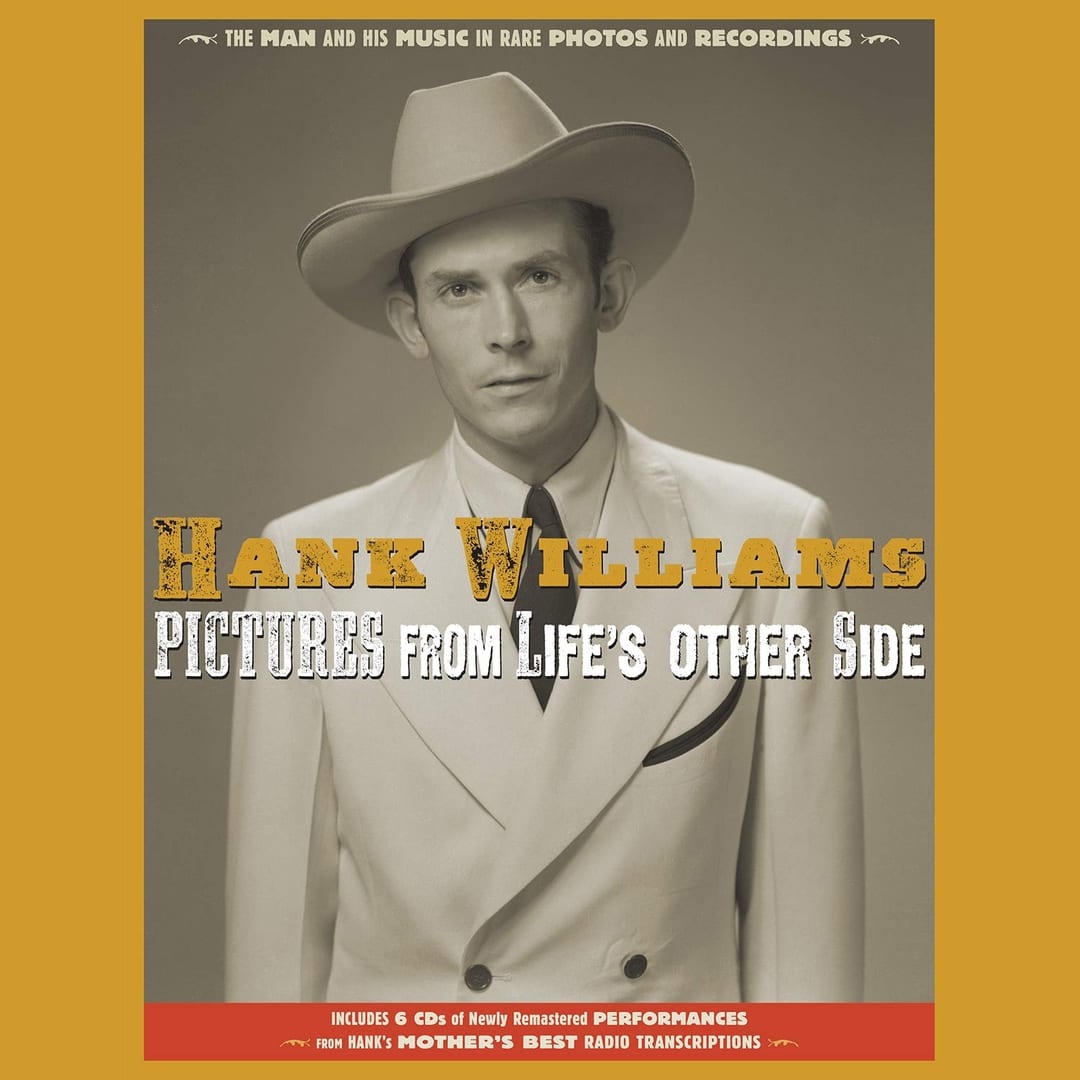 In 1951 Hank Williams signed on to do a 15-minute radio show sponsored by Mother’s Best Flower. He and his combo sang gospel and country songs; other musicians would perform, too, and they’d all contribute some relaxed banter. Ultimately, 72 shows were pre-recorded, and those acetates miraculously survived. Time-Life issued every last second of them in 2011, but the sound lacked any bottom end and was about as pleasant as a dentist’s drill. Enter this new set with six CDs and a deluxe 272-page hardcover book with scads of pictures—some never before seen, and even a few in color. The discs collect only the performances Hank himself appeared in, along with little bits of the banter (often faded out too quickly, my sole complaint). In addition to the expected hits, there are rarities and obscurities like “On Top of Old Smoky” and “From Jerusalem to Jericho” that Hank never recorded elsewhere. The sound is rich and punchy mono, superior to Time-Life’s and to most of Mercury’s ten-disc Complete Hank Williams. The best part? Hearing Hank as a living, breathing, laughing human rather than just a mythologized, oversized broken heart.