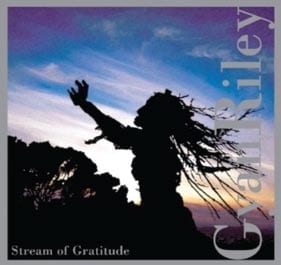 Given Gyan Riley’s pedigree and past collaborations, no one should expect him to pick up a classical nylon-string guitar and emulate Andrés Segovia. The 33-year-old son of new-music icon and minimalism innovator Terry Riley (In C, Rainbow in Curved Air) grew up in California’s Sierra foothills, studied violin before picking up his first guitar, was initially spellbound by Jimi Hendrix, and lived in the Bay Area until his 2010 move to Brooklyn. He’s made music with electric violinist Tracy Silverman, violinist Timb Harris, Indian tabla master Zakir Hussain, drummer Scott Amendola (Nels Cline Singers), and his piano-playing and vocalizing dad.

Riley’s first entirely solo project takes its title from a new four-part suite dedicated to J.S. Bach. The writing throughout the CD is almost bewilderingly brainy—but far from impenetrable. Riley has something akin to a folksinger’s soul, but he plays with a jazz-like sense of momentum. Over the course of nearly an hour, his flawless fingerstyle guitar technique, marked by impeccable articulation and intonation, becomes almost invisible in the service of musical expression. Both Stream of Gratitude (2010) and the following Four Etudes (2007) slip through the permeable membrane between classical composition and other idioms. For the etudes, Riley wrote compact pieces in honor of Brazilian composer/guitarist/pianist Eg- berto Gismonti, English Renaissance lutenist/composer John Dowland, early 20th-century Paraguayan guitarist/composer Agustin Barrios Mangoré, and jazz-fusion guitar hero John McLaughlin. Each study presents formidable technical challenges. But Riley’s precise touch turns each into a brilliantly faceted gem, with deep, overlapping reflections of their respective inspirations.

The music moves into even richer emotional territory during 2005’s three- movement Zonata (for Croatian classical guitarist Zoran Dukic). Whether playing at breakneck or contemplative tempos, whether mining repeating motifs within a narrow range or moving around the neck in dazzling ascending and descending patterns, Riley stays focused on feel. The middle-section lullaby, “Upsavanka for Téa” (which appeared on Riley’s 2008 Melismantra), is especially poignant and beguiling. Riley steps through its melody with breathless tenderness, and meticulously manages the pace and timbres—injecting slight hesitations now and then, using silence to stirring effect, and making some notes ring like bells while subtly muting others.

The album closes with the six-plus- minute Irican (2009), “for the Mother Lands,” which for Riley include Ireland and Africa, as well as India (Terry Riley studied the Hindustani vocal tradition with Pandit Pran Nath) and, from the sound of things, Spain. Riley’s meditative fretwork in the tune’s first half, emulating the microtonal pitch bends of Indian raga, gives way to furious picking and strumming with jig-like intensity and flamenco flair.

Stream of Gratitude may sound thoroughly composed, but Riley is a brilliant improviser who sustains remarkable structural integrity while playing off the page. These renditions may well be one of a kind. Like another master of extemporaneous form, Keith Jarrett, Riley creates a uniquely personal sonic environment, the intimacy enhanced here by a recording that realistically reproduces some of the warmest, roundest, and most sparkling acoustic guitar sounds you’ll ever experience.

Despite the advocacy of the celebrated 18th-century clarinetist Anton Stadler, […]

For over 50 years The Max Roach Trio Featuring the Legendary […]

Ornette Coleman: The Shape of Jazz to Come

This is the most exciting “new” jazz album I’ve heard […]