Gordon Lightfoot is a songwriter’s songwriter. No less a wordsmith than Bob Dylan has sung his praises, saying, “Every time I hear a song of his, I wish it would last forever.” And there is a timelessness to Lightfoot’s folksy material that is heard throughout Solo (Rhino), a new album of previously unreleased acoustic demos recorded between 1996 and 2000, all of them solo.

The session marked a crucial turning point in Lightfoot’s life and career.

“Just as I was getting ready to go into the studio and record those songs ‘for real,’ I came down with an abdominal aortic aneurysm, a burst artery, that put me out of business for 2½ years,” says Lightfoot, 81, during a phone call from his home in Toronto. “During that time, I spent about 3½ months in a coma and recovering in the hospital. But we found enough takes in there to do some overdubbing by various band members on tracks that later were included on my [2004] Harmony album, which came out while I was still in recovery after a series of operations.”

Fortuitously, about 1½ years ago Lightfoot chanced upon the remaining demos, which had been lost in the intervening years. “I was going through some old things—general chattel and fan gifts we picked up on the road—while moving my office,” he says. “Digging through a stack, I found a CD with five of the tunes I had missed when putting together the Harmony album. I added those to five other tunes I had recorded since then. It was really fortunate that we found this material.” 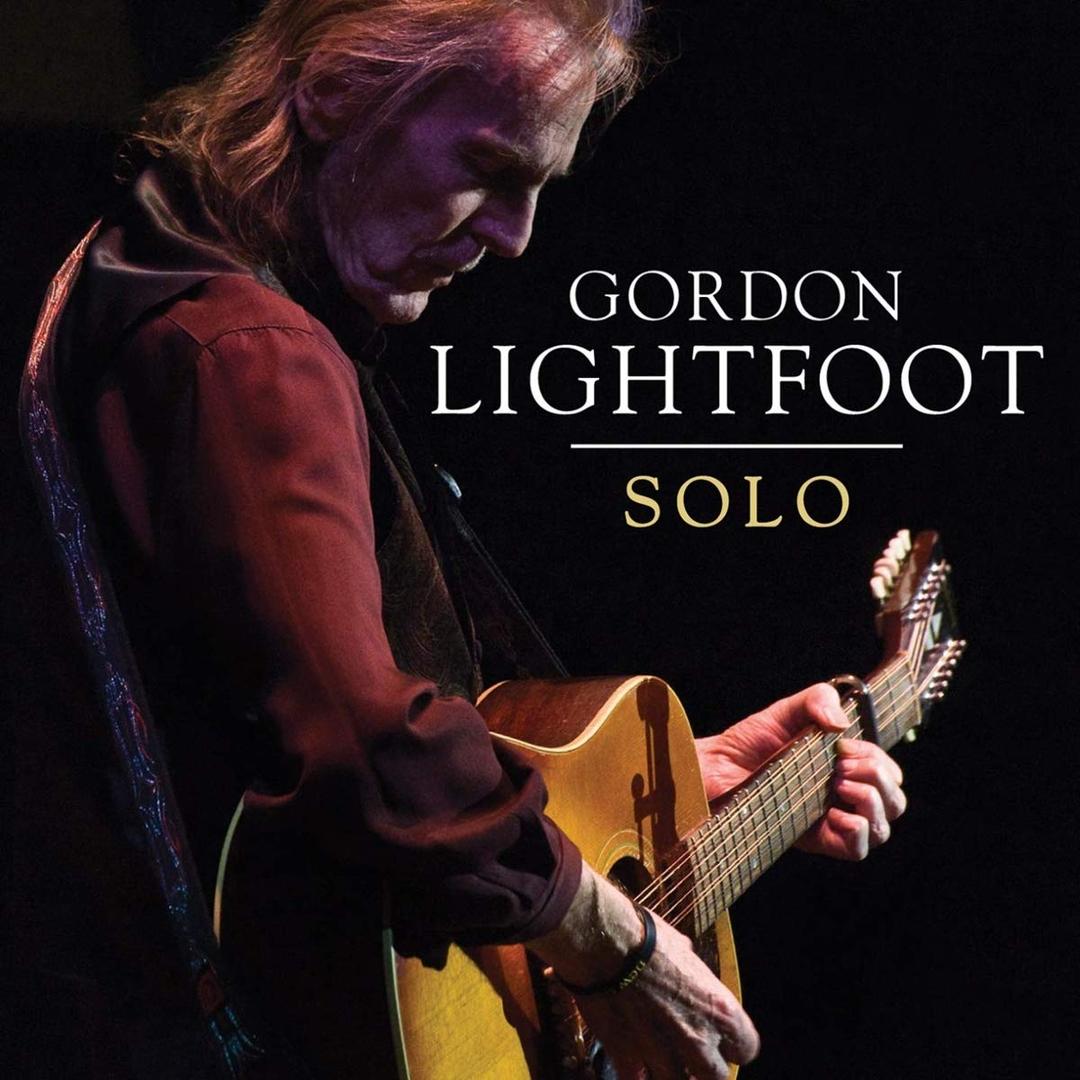 The result is his first album in 16 years—Lightfoot’s 21st album overall and his first solo recording. “I thought fans would be interested in these songs,” he says. “I actually tried for several months to orchestrate these tracks and I even tried rewriting five or six of the songs. Finally, I decided these tracks were fine, since they were recorded before any of my health issues. We listened to them again as solos and decided we couldn’t make them sound any better. I mean, I had played solo for two or three years, back during the folk revival—I played the Newport Folk Festival solo. I just hope the fans don’t like this thing too much,” he adds with a laugh.

There’s a charming vulnerability to this material that is sometimes missing from Lightfoot’s best-known hits. For example, “Why Not Give It a Try,” the album’s closer, recorded when Lightfoot was in his 60s, and shortly before his health crisis, finds the onetime world traveler running down a list of social activities, the most favorable of which is simply “to go home.” His voice is frail. He whistles the melody in a mere wisp that, ironically enough, suggests the singer, songwriter, and guitarist was ready to slow down.

Lightfoot remains one of the best-selling folk-pop artists of all time, according to Vanity Fair, having sold more than 10 million albums and earning more than 18 spots in the Top 40, both in Canada and in the U.S. His hits include “Sundown,” “The Wreck of the Edmund Fitzgerald,” “Rainy Day People,” and “Early Morning Rain.” His haunting ballad “If You Could Read My Mind,” from 1970’s Sit Down Young Stranger, has been covered by everyone from Johnny Cash and Belinda Carlisle to Diana Krall and disco queen Viola Wills.

As for the new album, 20 years in the making, Lightfoot says the emotional rawness of the recording is something he grappled with at first, but he believes fans will appreciate its intimacy. “After months of considering changes, I decided the fans are gonna like this,” he says of the stripped-down arrangements. “They’re certainly going to find out how I do what I do, that’s for sure. It’s a lesson for anybody who knows the five chords, because all five keys are represented there,” he adds with a laugh. “It’ll be educational for some, it really will.

“Still, I wish I could have rewritten some of the songs, but the stuff just sounded so right—it is strong, it is good, it is powerful.”

Many know this; few practice it. Mies van der Rohe […]

The Power of Vinyl

“Anytime I meet another female record collector on the Internet […]