Magico M Pro/JL Audio Gotham Subwoofer (combination)
$153,000 (Magico M Pro, $129,000; JL Audio Gotham, $12,000 apiece)
Last year I gave GEs to both of these products individually. This year I want to recommend the combination, which produces the most lifelike, finely detailed and defined, fullest-range sound I’ve heard in my home. As you probably know I’ve never been a fan of subs, particularly when they are mated with speakers that seemingly need their help (e.g., compact two-ways, planars, or electrostatics). So why would I recommend a pair of subwoofers—and giant ones, at that—to go with a loudspeaker that seemingly doesn’t need such assistance? (With three 10″ graphene-carbon woofers, the Magico M Pros have flat response into the low-30Hz range.) The answer is that using subwoofers with speakers with excellent low end “distributes” the bass by dividing it among drivers located in different spots in your listening space. This physical distribution of low-bass generators better loads your room, cancelling out or greatly reducing nodes that would otherwise cause audible bumps and dips in frequency response. In the case of the twin 13.5″ woofers in each JL Audio Gotham, the addition of subs also extends low end into the 20Hz range and below, adding visceral power and clarity to recordings that feature extremely low-pitched instruments (such as organs, synths, five-string bass guitars, contrabassoons, bass trombones, pianos, etc.). While the M Pros only need a slight touch of the Gothams (crossed over, using the Gotham’s own built-in XO, at 24dB/octave around 36­–37Hz), it is simply astonishing how much of a perceived difference that touch of ultra-low end makes in overall realism (both in the bass and in the perceived clarity of the midrange), without any of the usual penalties paid in midband veiling or midbass overlap. I would imagine that this same touch of distributed low bass would work equal wonders with other full-range Magicos, such as the Q5, the Q7 Mk.II, and the recently announced $75k Magico M3—which is said to sound quite a bit like the M Pro but which, unlike the M Pro, will not be a limited-production offering. 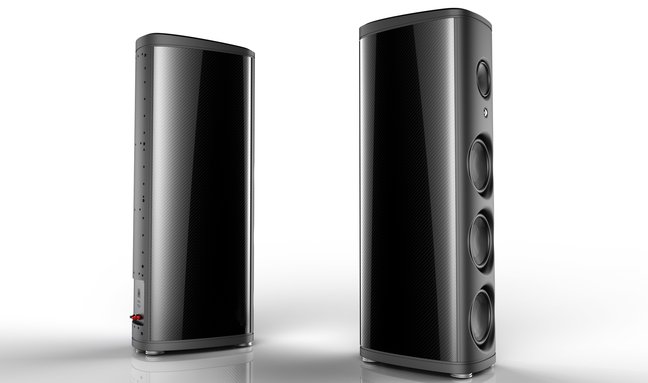 Acoustic Signature Invictus Turntable and TA-9000 Tonearm
$129,998
Thanks to its use of mass and constrained-layer damping, the gigantic Acoustic Signature Invictus turntable (nearly two-and-a-half feet deep and three feet wide and well over 300 pounds in weight) simply cannot be made to resonate, either by external sources of vibration (loudspeakers, rooms, footfalls, etc.) or internal ones (motors, pulleys, belts, etc.). The result is a smoothness, power, and solidity that I simply haven’t experienced, to this extent, from any other record player. The Invictus is detailed yet not aggressively so; it is lightning quick on transients but never spitty or analytical; it is smooth, yes, but with no loss in pace or dynamic excitement; it is dense in timbre but not dark or oversaturated; it is neutral without being sterile, and transparent to sources without being colorless; it has three-dimensional bloom and body without any loss in immediacy or liveliness. In short, it sounds very much like a mastertape. While I have several superb turntables in house, including the one I recommend on the next page, the Invictus (with Acoustic Signature’s equally marvelous TA-9000 tonearm) stands at the top. For those of you with the money—and the permission to spend it—this is a ne plus ultra source component. 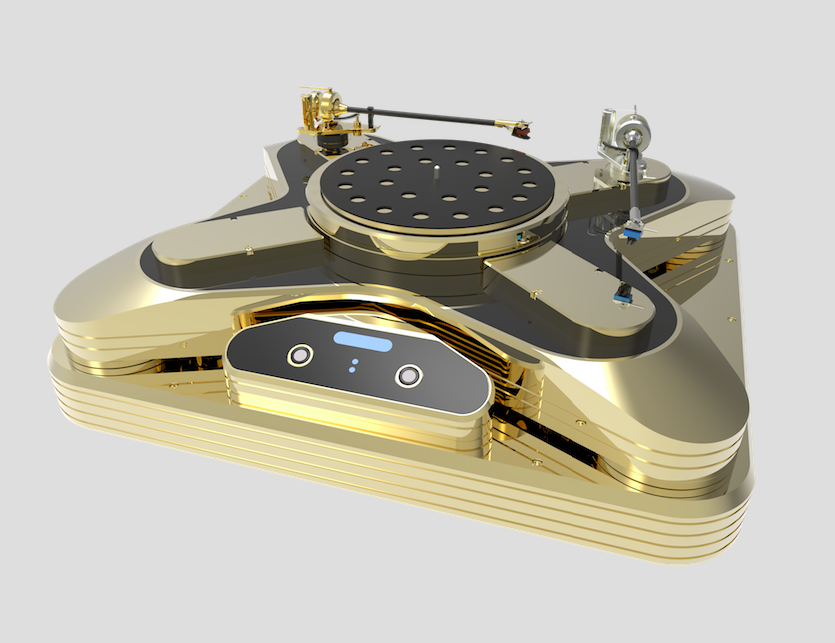 TW-Acustic Raven Black Knight Turntable with TW-Acustic Raven 10.5 Tonearm
$45,050
Let’s say—just for the sake of argument, mind you—that you don’t have $130k to spend on an Acoustic Signature Invictus/TA-9000 (plus another $17.5k for the dedicated stand it sits on). What’s a body to do? Well, meet the TW-Acustic Raven Black Knight (and Raven 10.5 tonearm). No, the Black Knight doesn’t take up the sheer square footage of the humongous Invictus; nor does it tip the scales at between 700 and 800 pounds (like the Invictus and its stand do). But at 143 pounds of Delrin-damped aluminum, copper, and bronze, this gorgeously made, beautifully engineered, three-motor (battery powered and regulated), single-belt-driven, unsuspended ’table is brick-solid—and (when equipped with its dual-pivot Raven 10.5 tonearm) comes a lot closer than shouting distance to the mastertape-like presentation of the Invictus for less than a third of its price. Thomas Woschnick (the TW of TW-Acustic) has always made turntables with gorgeous tone color and extended decay. The Raven Black Knight adds speed and pace to the package, for a record player that offers the entire package—from starting transient to stopping—delivered with a more-than-fair taste of the natural dynamic and harmonic continuousness that makes the Invictus such a standout. If I couldn’t afford an Invictus or a Walker, this is the ’table/tonearm I would opt for. 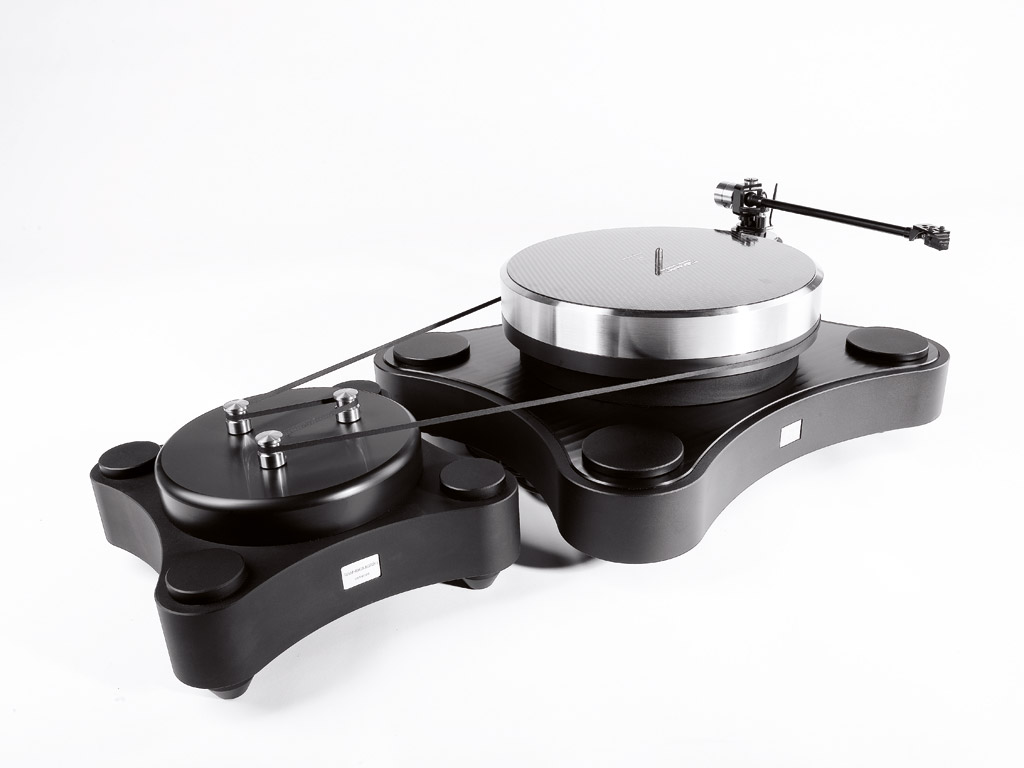 Soulution 755 Phonostage
$80,000
At the moment I use four superb phonostages—the Audio Consulting Silver Rock, the POY-award winning Constellation Perseus, the POY-winning VAC Statement, and, the newest arrival, the Soulution 755. Although all four have considerable individual strengths (the Silver Rock boasts unparalleled midband detail, the Perseus exceptional neutrality, overall resolution, and transient speed, the VAC superior timbral beauty, presence, and bloom) and all could easily win Golden Ears, the Soulution 755 seemingly combines their virtues, virtually undimished, in a single package. The 755 is also the most versatile preamp of the bunch. With a built-in volume/balance control, three analog inputs (two mc and one mm), and two line-level outputs (one XLR, one RCA), the 755 is not only a supremely fast and detailed, gorgeous sounding, immensely powerful, surprisingly three-dimensional (a Soulution strength) stand-alone phonostage, but, for analog fans, it also obviates the need to purchase a separate linestage preamplifier (and a pair of high-quality interconnects). If you listen to records exclusively, you can go directly out from the 755 to your amp (and subwoofer, if you use one) with fully adjustable control of volume and balance. A technical (-140dB SNR, less than 0.002% THD) and sonic tour de force, the 755 phonostage may be the single most impressive component Soulution has yet made.