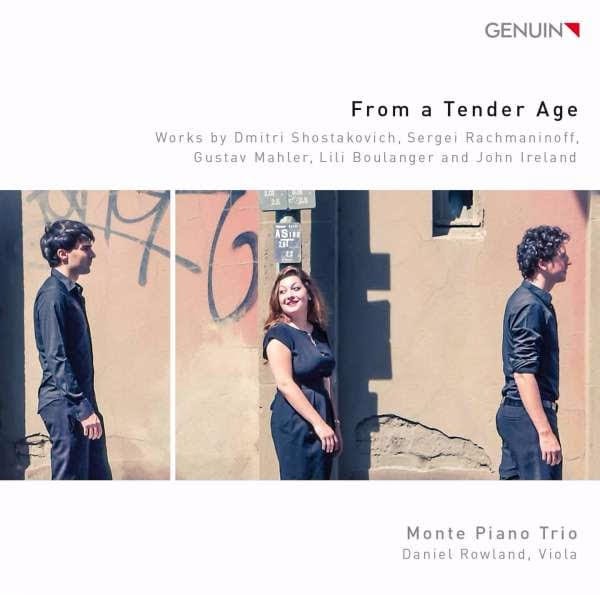 Shostakovich’s First Piano Trio—more romantic than you might expect—is light on dissonance and angst. He wrote it at 17, but only after his death was it rediscovered and the last 22 bars filled in. It features one of his most lyrical melodies as well as a spunkier, spiker theme that prefigures his later styles. Rachmaninoff’s Trio Elegaique No. 1, from his 19th year, has plenty of Romantic ardor, like the Mahler Piano Quartet that follows it. Rachmaninoff’s melodic sense was already settled by that point, though it would grow; Mahler’s would change radically, beautiful and convincing as the quartet’s themes are. John Ireland, born in England to a family of Scottish descent, wrote his Phantasie Trio at 27. There’s a hint of stereotypical English pastoral writing, but it’s more sensual and serene than the earthy cud-chewers some composers penned. Lili Boulanger, sister of Nadia—who taught Copland, Glass, Carter, Piazzolla, and others—died at 24. She was the first woman to win the Prix de Rome, and her two-movement trio is the most fascinating piece on this program, with its eerie Impressionist harmonies and subtle dissonances. The musicians, always excellent, are at their most poetic here. The sound is clear and full.