Frank Sinatra: A Voice on Air

A Voice On Air 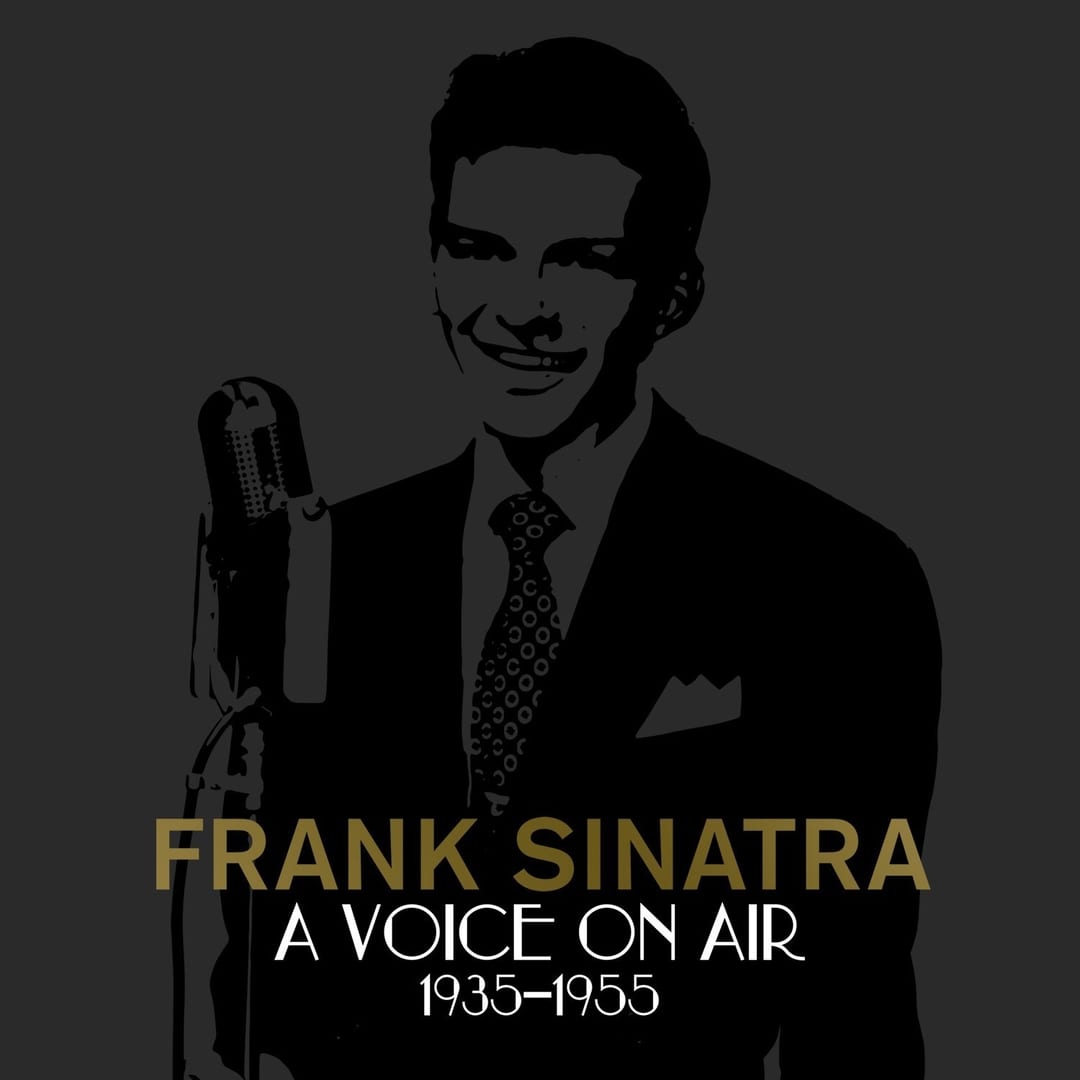 If Frank Sinatra were alive today he would have celebrated his 100th birthday on December 12, 2015. Round-number decades inspire celebrations; centennials erect monuments. Last year witnessed the Grammy Museum’s exhibition Sinatra: An American Icon in New York and Los Angeles; HBO offered Alex Gibney’s four-hour documentary Sinatra: All or Nothing at All, UCLA a course called “Why Sinatra Matters” (the title from Pete Hamill’s fine book on the centrality of Sinatra’s career to the immigrant experience); several labels repackaged their holdings into new collections; his movies proliferated in festivals and on air while many of his filmed concerts and television specials were rebroadcast; the Sinatra family created an app called Sinatra 100; Jack Daniels saluted its “biggest fan” with a new bourbon named “Sinatra Select”; and some ten (or more—I stopped counting) new or reissued books saw publication (including James Kaplan’s Sinatra: The Chairman, the eagerly anticipated second volume of his definitive biography Sinatra: The Voice). This list is by no means complete.

Though he died in 1998, Sinatra never really disappeared, so is there anything more to learn about the man and his music? Turns out, there is. Released this past November, Sony Legacy’s Sinatra: A Voice on Air (1935-55) is an elegantly bedecked four-CD compilation of radio performances from his first broadcast (singing “S-H-I-N-E” with the Hoboken Four) to his last on The Frank Sinatra Show. Culled from diverse archival sources, with over 100 tracks, 90 previously unreleased, 48 of those songs he never recorded elsewhere, and a 60-page book by Charles L. Granata, this set documents for the first time a vitally important early stage in Sinatra’s development as singer and performer. Digitizing original glass and aluminum transcription discs, Granata and Andreas Meyer work miracles of sonic restoration, the results clean, clear, and fabulously alive.

Before the rise of long-playing records and 45rpm singles, most popular musicians made their big money from radio. Likewise Sinatra, whom the medium made into a superstar years before Hollywood turned him into a movie star and the Capitol recordings established him as the greatest exponent of the Great American Songbook. Some of the new material here is Hit Parade stuff and other ephemera, but much else yields real gems, including songs by Porter, Kern, Loesser, Berlin, and others that Sinatra never recorded again. Included among the bands, arrangers, and guests are Harry James, Tommy Dorsey, Alex Stordhal, Dorothy Kirsten, Nat King Cole, Doris Day, Peggy Lee, Bing Crosby, Bob Hope, and Benny Goodman.

Granata and Meyer wisely eschew trying to excavate the music alone, which would have involved some pretty brutal clippings and fades, instead presenting several complete broadcasts (most were very short), including introductions, announcements, commercials, news (President Franklin D. Roosevelt’s D-Day address), even rehearsals. The resulting aural snapshots of both era and singer are invaluable. If the Sinatra of the Rat Pack and the Las Vegas shows sometimes deluded himself into thinking he had gifts as a standup, these broadcasts reveal a confident, convivial host with a winning personality that radiates enthusiasm, sincerity, warmth, and charm. Little wonder people so eagerly welcomed the young man with the gorgeous voice into their living rooms.

And what a voice it is—even in these years before it became The Voice. What strikes you immediately is an almost honeyed smoothness, a supple lightness, which Hamill characterized as a violin that evolved into a viola, then a cello. The voice of the great years—late Columbia through Capitol and well into Reprise—exhibits ever darkening timbre as the ravages of whiskey, cigarettes, insomnia, and age exact their toll. It’s a cliché that as singers mature the greater depth of their interpretations compensates for the loss of youthful splendor in their voices. Well, yes, yes, true enough—as Sinatra got older his interpretations certainly did deepen, becoming more subtle, nuanced, and powerful. But a good many of those qualities are in evidence here: the exquisite phrasing, the rhythmic sureness allied to flexibility, the absolute primacy placed upon expressing the feelings, the meanings behind the words, and of course the perfect diction.

This last is worth remarking upon. When Sinatra banters with his guests, hawks cigarettes (the sheer amount of tobacco sponsorship staggering), pushes savings bonds for the war effort, or simply addresses listeners at home, his articulation is no less precise, yet the accent is straight out of Hoboken. But the moment he breaks into song, New Jersey disappears and he becomes…well, let me quote a close friend of mine who teaches English as a second language: “I’m no Sinatra fan, but I could teach my students how to pronounce English correctly just by playing them his records.” Sinatra did not accomplish this accidently. It was watching the likes of Cary Grant, Clark Cable, and others at the movies that first made him aware their English was different from what he and his pals spoke, and as he put it, “Alone in my room, I’d keep practicing the other kind of English.”

As with so much else in this singular artist’s music, the perfection of his art was as much an act of willed intelligence and dedicated application as raw talent and intuition. These broadcasts document both the apprenticeship and the developing mastery of a young man who knew where he wanted to go and the work he needed to do to get there.