If I had to choose a single term to summarize my experience with the Focal Aria 948, it would be “detail.” And, as I will explain, this descriptor encompasses different forms and senses of the word across myriad aspects of my reviewing time, from setup to audition.

Although I’m a self-described “audiophile by osmosis” (not to mention a lifelong music junkie), I’m still acclimating to the finer technical points of hi-fi. Even at that, as soon as I took my first listen to the Focal Aria 948s I knew immediately that they were dramatically different than the PSB Imagine X2Ts I reviewed in Issue 253—and that I would have to adjust my ears from the PSB speaker’s darker balance to the Focal Aria’s brighter, more neutral one. Call it a night-to-day difference. (Or perhaps an apples-to-oranges one, given the near-polar differences in price, configuration, design, etc. between the two speakers.)

The first time I experienced Focals was at the Rocky Mountain Audio Fest this past year—where I heard the esteemed French manufacturer’s flagship Grande Utopia EMs. (Interestingly, they were demo’d in two rooms nearby each other, with one pair driven by VAC tube amps and the other by Soulution solid-state—practically a head-to-head battle!) In fact, those same Focals made it to the top of my favorites list from that show. So I jumped at the chance to review any speakers from this company, but especially ones that, at $4995, a greater number of folks might be in the market to buy.

A three-way, bass-reflex floorstander, the 948 is the top model in Focal’s Aria 900 line. Like all the transducers in the 900 Series, the 948 uses Focal’s unique Flax sandwich drivers—two 8″ woofers and one 6 ½” mid/bass in a vented enclosure—along with an aluminum/magnesium alloy TNF tweeter with Focal’s exclusive inverted dome. The tweeter’s new suspension system uses Poron, an open-cell polyurethane microcellular foam designed to ensure dimensional stability and to minimize material degradation.

Speaking of materials, the exclusive Flax membrane fiber used in the woofers and the mid is an “eco-textile,” and looks the part. In an au naturel way, it does resemble raw flax/linen in its variable, slightly stripey gradations of muted greyish, straw-like tans and beiges. As well as adding a striking yet subtle design element to the speaker’s appearance, the membranes have desirable structural properties: They’re light and stiff, but well-damped, for better timbral neutrality and sharper definition. Indeed—as I’ll soon describe—the degree of detail and neutrality I heard with the Arias was rather astounding, particularly for loudspeakers in this price category. 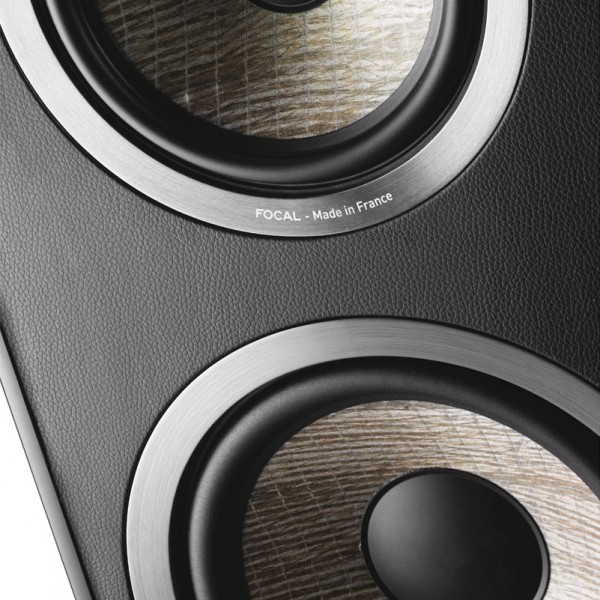 The 948 weighs in at a hefty 77 pounds, and its handsome MDF box has the sturdy feel you’d expect with such quality drivers. The finish is vinyl, but looks very much like wood veneer. In classic Gallic fashion, Focal clearly focuses on and values manufacturing precision. And across all aspects, its attention to detail shows. But consider that while details play an essential role in the pleasures we take from high-end audio, the devil is also in them. Setup of these loudspeakers proved rather challenging, for instance.

What is it with audiophiles, even casual ones, and bass? […]

Arguably one of the most significant paradigm shifts for playing […]