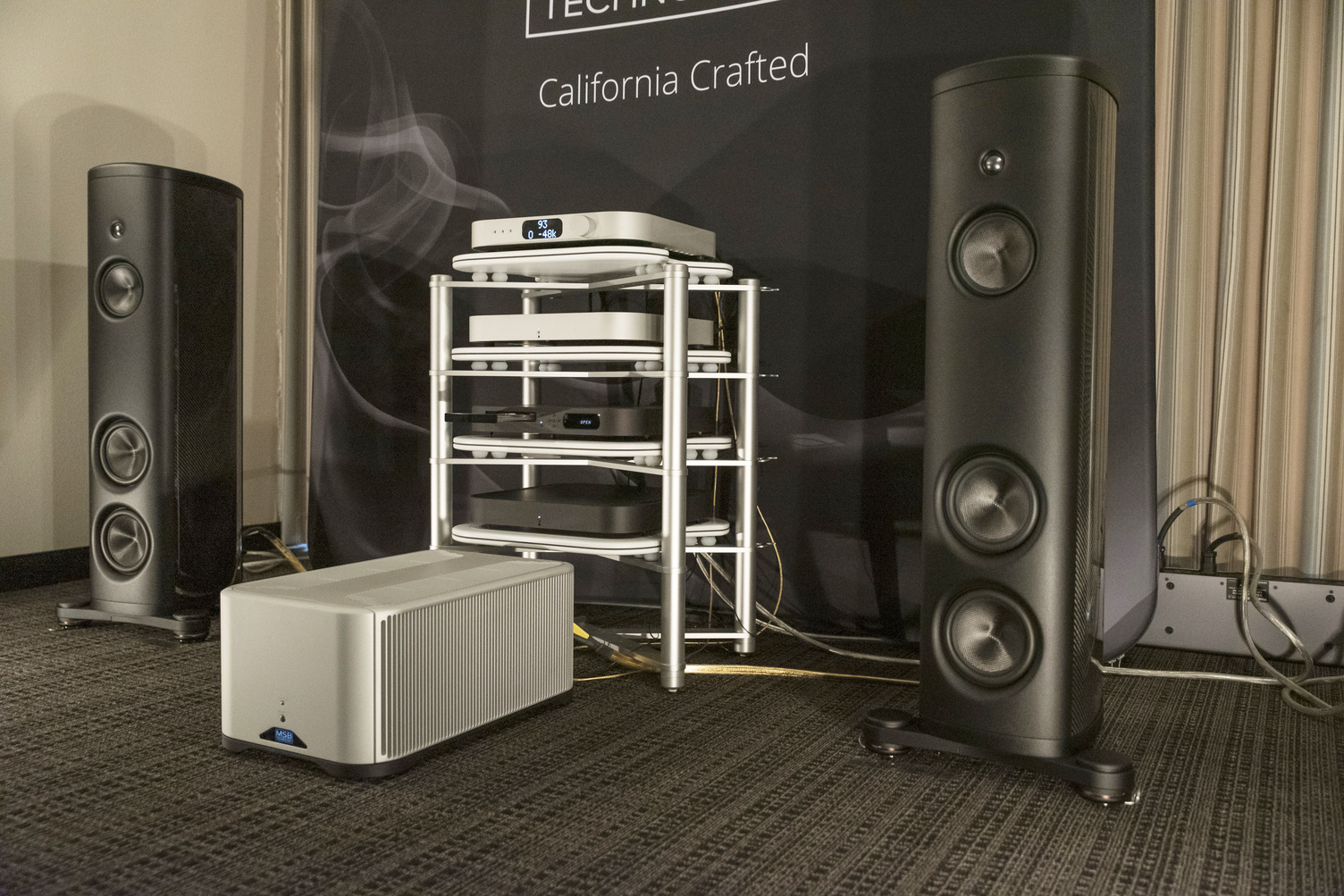 MSB Technology/Magico
Magico M2 loudspeakers ($56,000 plus $7600 for the MPod support system), with MSB Technology products upstream, were making beautiful sounds on the tenth floor of the Embassy Suites. MSB’s S500 stereo power amplifier ($58,500), a zero-feedback design with 138dB of dynamic range, was introduced last year at High End Munich. The power supply of this 135-pound CNC-machined aluminum beauty has capacitance of a million microfarads (= 1.0 farad, but that sounds a lot less impressive) and power output is rated as 500Wpc continuously into 8 ohms, 900 into 4 ohms. The MSB digital components in the system, the Reference DAC ($39,500) and the Reference Transport ($18000) are justly celebrated. In a less-than-palatial environment, orchestral climaxes crested majestically. Initial transients were crisp and organically connected to what followed; vocal and instrumental timbres were 100% true. 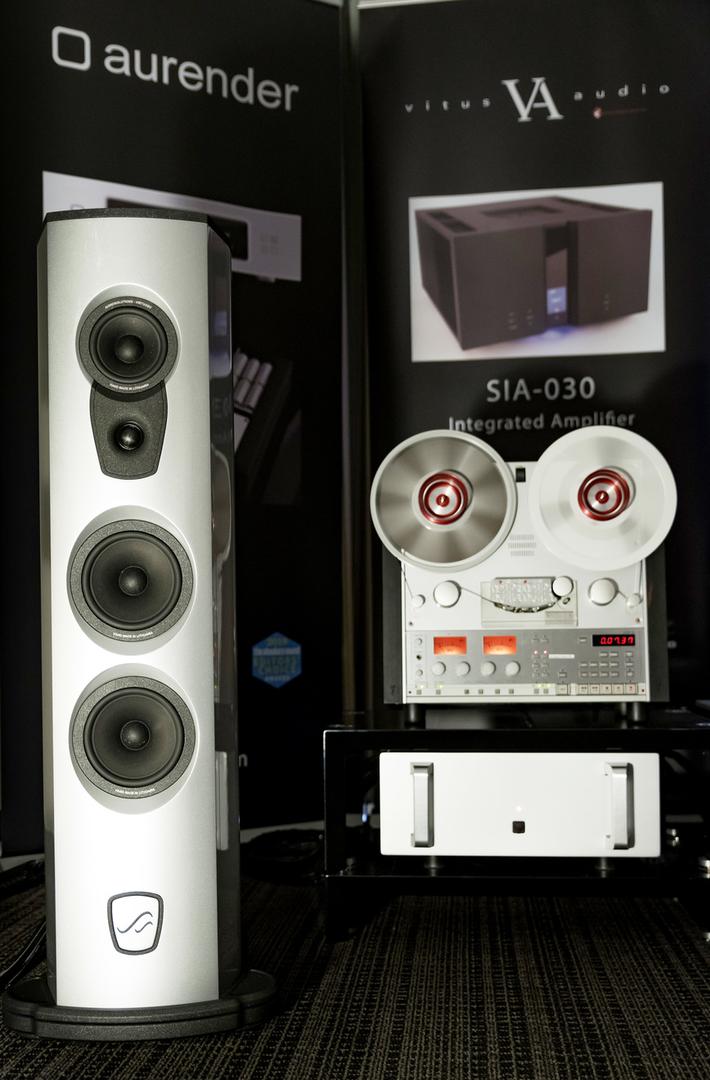 Dynamic Sounds Associates Phono III phono preamplifier ($19,000). The latest iteration of the DSA phonostage has the capability to adjust cartridge loading with a remote control while you’re listening: 256 loading options for moving coil cartridges and 128 for moving magnets. In addition to the usual RIAA equalization curve, four other curves suitable for older discs are selectable. Both balanced (XLR) and unbalanced (RCA) connectivity is provided on the new version of the product. 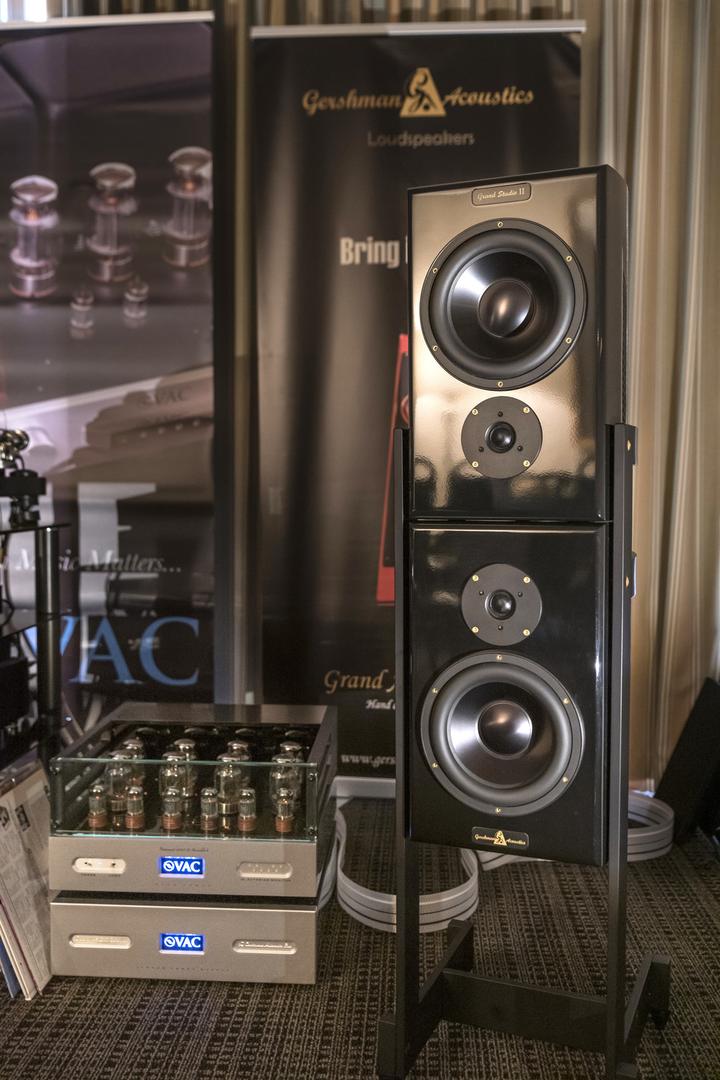 Gershman Acoustics Grand Studio II loudspeakers ($11,900). Two sealed-box enclosures are held in the embrace of a 93-pound, ½” stainless-steel stand. The 2½-way design incorporates two 8″ woofers with aluminum cones made in the U.S. to Eli Gershman’s specifications and a pair of Vifa double-chamber silk dome tweeters. Well-recorded orchestral music was presented with a reach-out-and-touch-it sort of immediacy, and there was a ton of musically meaningful detail on vintage jazz recordings.

Linear Tube Audio ZOTL Ultralinear integrated amplifier/headphone amplifier ($7,650). The Tacoma Park, Maryland, company has been in business for only five years but already has attracted a good deal of attention, including several loudspeaker manufacturers at the Florida show. LTA’s latest features high- and low-gain headphone outputs, 20Wpc speaker outputs, and a stepped attenuator volume control, operable with the included remote. 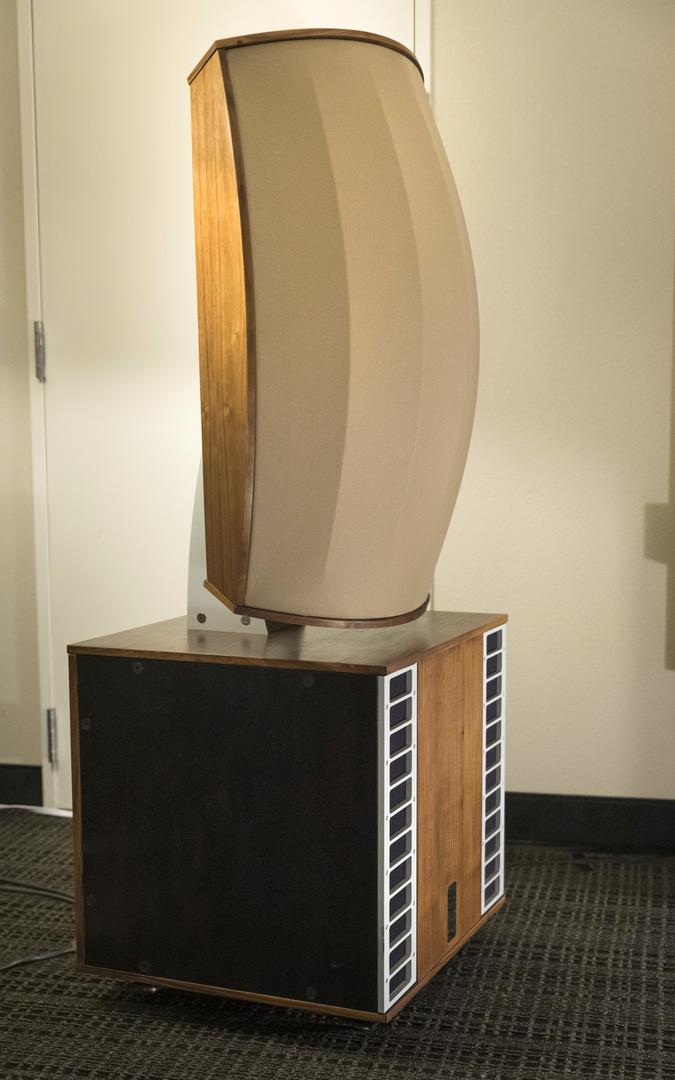 MC Audiotech Forty-10 loudspeaker ($35,000). Not exactly new, but new to most FLAX attendees and surely a novel design. The Wide Band Line Source (WBLS) transducer was patented by designer Paul Paddock 35 years ago and each Forty-10 incorporates ten of these “predictable flexible membranes.” Bass is handled by a separate “folded cube” low-frequency enclosure. With Linear Tube Audio electronics, the scaling of individual instruments on a favorite orchestral recording was impressive. Striking in appearance, if an acquired taste.

Still bathing in the sound, I traipsed over to listen […]