I just visited Magico’s Hayward, California, factory where I heard the new and upgraded Mk.II version of the company’s vaunted Q7 loudspeaker. The Q7 is, in my view, one of the world’s greatest speakers—perhaps the greatest. Indeed, I’d be hard-pressed to name another speaker I’d rather own. So what’s new in the Mk.II? Does the new version sound significantly different than the original?

Magico didn’t set out to create a Q7 Mk.II, but once Alon Wolf heard the new tweeter developed for the M-Project line, he realized that there was no way he couldn’t incorporate this tweeter in the Q7. The two-year development project produced a tweeter with a completely revised motor structure that features extremely close mechanical tolerances, and an acoustically optimized back-chamber. The beryllium dome is now 28mm (up from 26mm in its predecessor), has a slightly different shape, and is coated with a layer of diamond just five microns thick. The diamond coating, which is vapor-deposited on the beryllium, greatly increases the dome’s stiffness without adding much mass. The tweeter’s greater power handling also allows it to be crossed over to the midrange at a lower frequency for a smoother transition in radiation pattern at the top of the midrange driver’s frequency range and the bottom of the tweeter’s range.

The Mk.II also benefits from an entirely new midrange cone material, called Graphene. This material is so new it’s never before been used in any product in any field. Graphene is similar to carbon fiber, but much stiffer (reportedly 300%) and lighter (reportedly 30%). The combination of lightness and stiffness is the Holy Grail in driver diaphragms—the stiffness prevents cone-flexing and other forms of non-pistonic motion, and the lightness allows it to start and stop quickly. These properties are achieved with Graphene in part by reducing the amount of resin in the carbon fiber, and replacing it with a stiffening material just one atom thick. 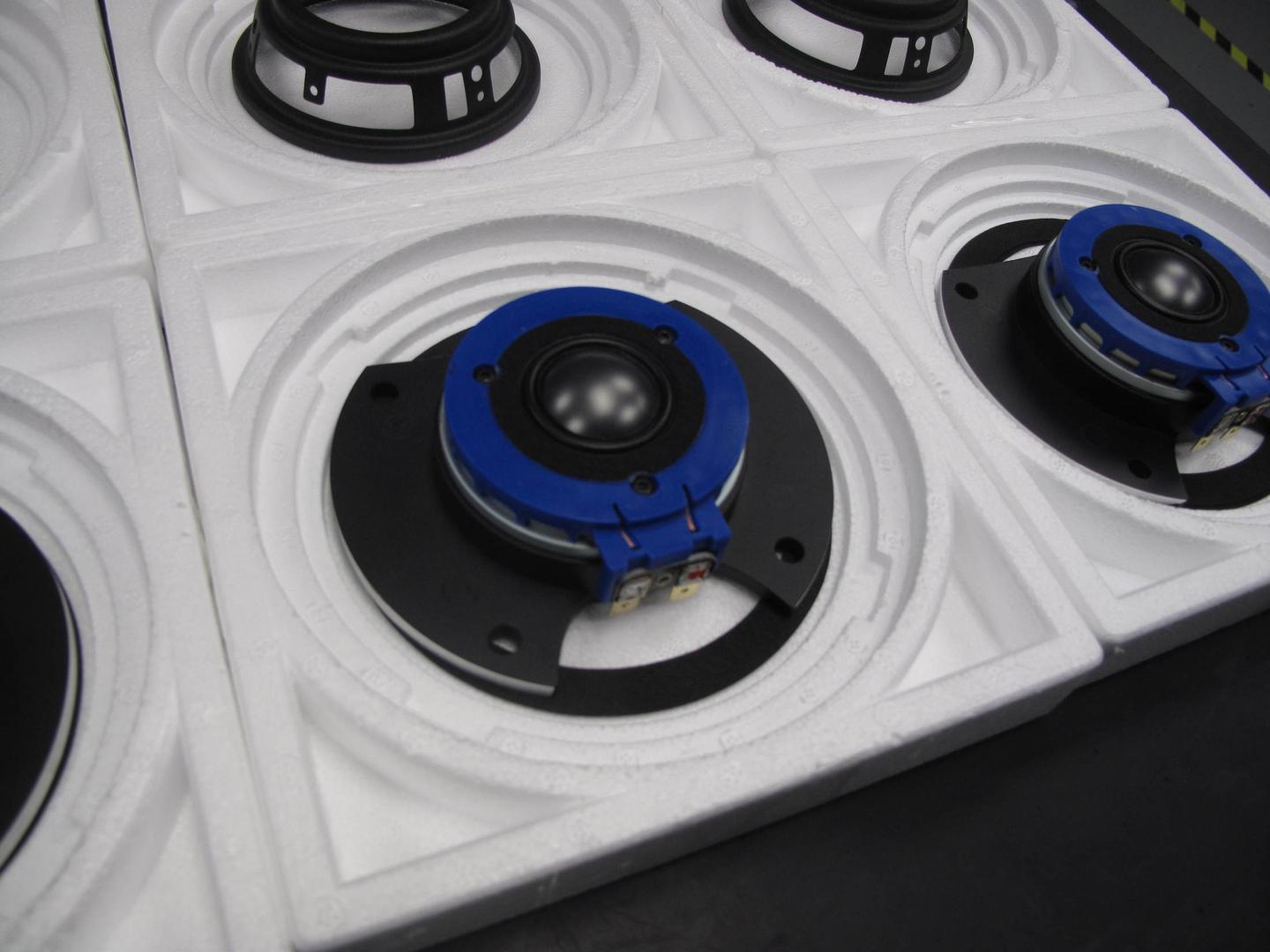 Finally, the crossover has been revised, and now features an exotic capacitor from Mundorf that reportedly transcends the performance of the company’s previous flagship caps.

I heard the Mk.II in Magico’s spectacular new listening room, built at a cost of a quarter of a million dollars. The front end was a Baetis music server feeding a Berkeley Alpha DAC Reference and Soulution 701 monoblock power amplifiers. Cables were MIT. Except for the Baetis, this is the same source, electronics, and cables with which I’ve driven the original Q7 in my home. 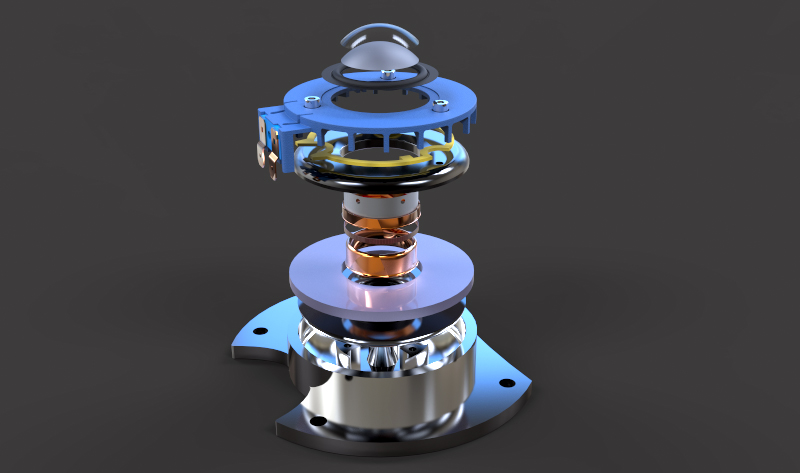 I was initially startled by what sounded like a very different tonal balance from the Mk.II compared than that of the original (with which I’m very familiar). This new speaker was decidedly darker in balance, richer in tone color, smoother and softer in the treble, and less incisive. It sounded very much like a difference in frequency response, with the top two-and-a-half octaves shelved down in level compared with the original Q7. However, Magico’s Alon Wolf told me that the frequency responses of the two loudspeakers are identical.

The difference is that the new tweeter reduces artifacts that introduce hardness, glare, and the brittle character often heard from dome tweeters. It took a bit of getting used to; the metallic hardness in reproduced music is so pervasive that many of us have become inured to it. But once I became accustomed to the sound (in just a matter of minutes), I thought that the Mk.II was revelatory in its combination of ease and resolution. Make no mistake; the upper-midrange and treble has a tremendous amount of energy, life, air, and extension, yet it is silky smooth and relaxed—just as you hear in live music. The Mk.II’s sweetness and ease fostered an immediate relaxation that opened the door to a riveting immersion in the music. The sound had a natural, organic flow that was devoid of mechanical artifice.

Strings in orchestral music were silky and rich in color, with no trace of electronic overlay in their timbre. Trumpets were particularly revealing of the Mk.II’s remarkable combination of energy and ease; they had a full measure of energy and impact, yet didn’t affront the ears even at high playback levels (a measured 100dB on some tracks). Cymbals were similarly impressive; the reduction in distortion allowed me to hear more of their texture and inner detail. 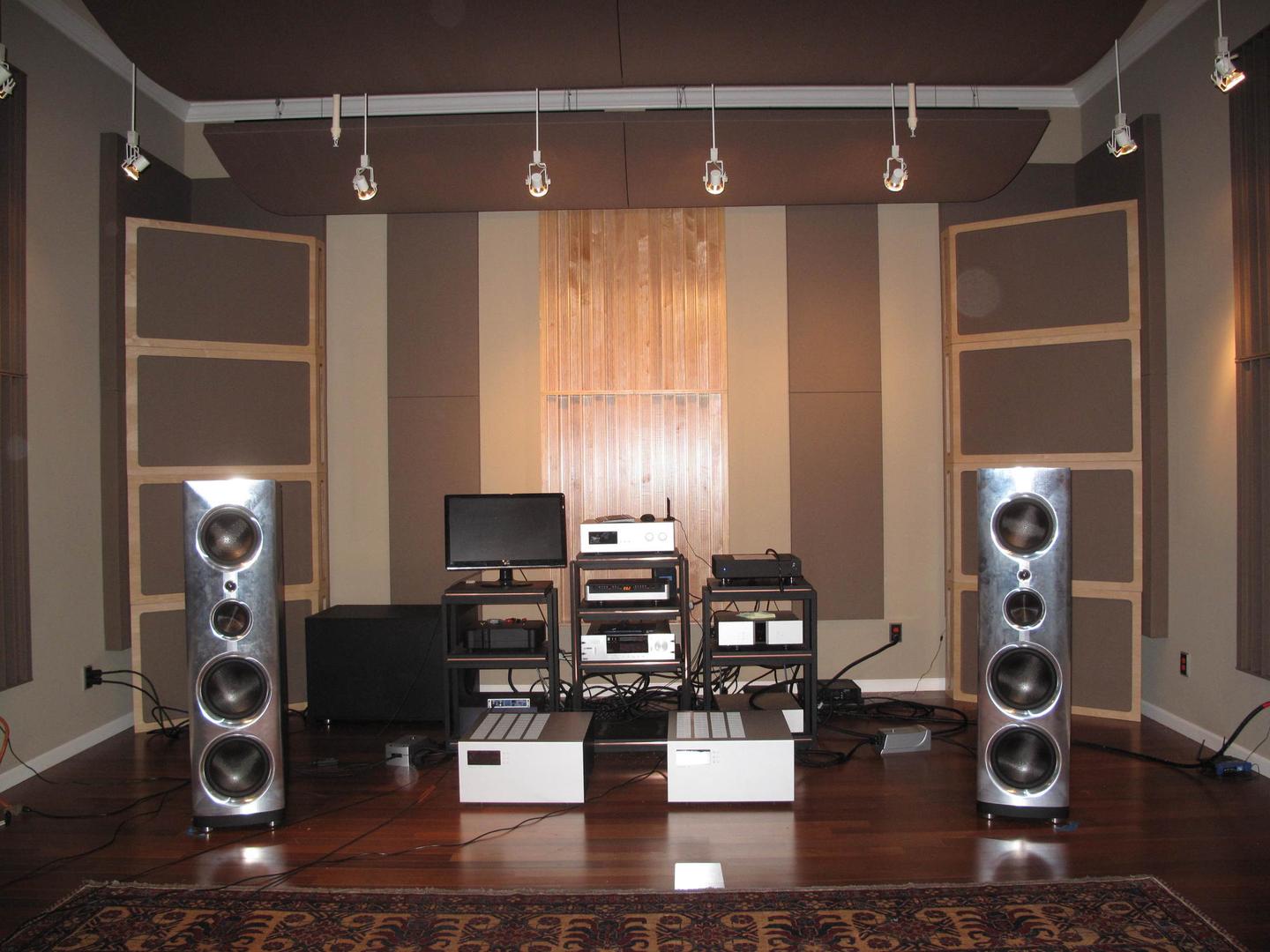 I could easily hear the difference in the new diaphragm material in the midrange driver. The mids had greater resolution, transient speed, and more lifelike tone colors. Each note on lightning-fast runs of acoustic guitar was more clearly articulated, making the original Q7 sound slightly smeared by comparison. I could also more clearly differentiate each instrument’s timbre, making the overall presentation sound more like an ensemble of individual instruments, each with its own vivid tone color.

Although the Mk.II’s bass drivers are the same as those in the original, I heard an improvement in the bottom end that could be the result of the room, or perhaps the greater midrange clarity made the bass sound more articulate and precise.

The Mk.II takes the Q7—and Magico—in a surprising new direction. It’s not as though Magico set out to fundamentally change the sound of its loudspeakers; it simply developed a new tweeter that turned out to greatly reduce the mechanical artifacts that are a reminder that we’re hearing a reproduction rather than the real thing. This new tweeter, coupled with the improvement in the midrange diaphragm and the crossover revision, does for the Q7 something I wouldn’t have thought possible: significantly improved what was already in my view the state of the art in loudspeakers.

The Naim Uniti Atom Headphone Edition is one of the […]

Finally, some hard-core philosophy! Maybe that wasn’t your thought? Well, […]

I have noted that there is likely to be a […]

Years have gone by now since the start of the […]