Cavalli Audio will soon begin the first production run for a new, ultra-high-end solid-state, fully balanced headphone amplifier called the Liquid Gold (there may be an allusion to Harry Potter’s molten gold-coloured Felix Felicis potion in there somewhere), which will sell for $6450. In the interim, however, designer Alex Cavalli asked if Hi-Fi+ would like to spend a few days with his final, pre-production prototype. Never being ones to shy away from opportunities to play with very high performance audio toys, our answer was a resounding, “You bet we would.” 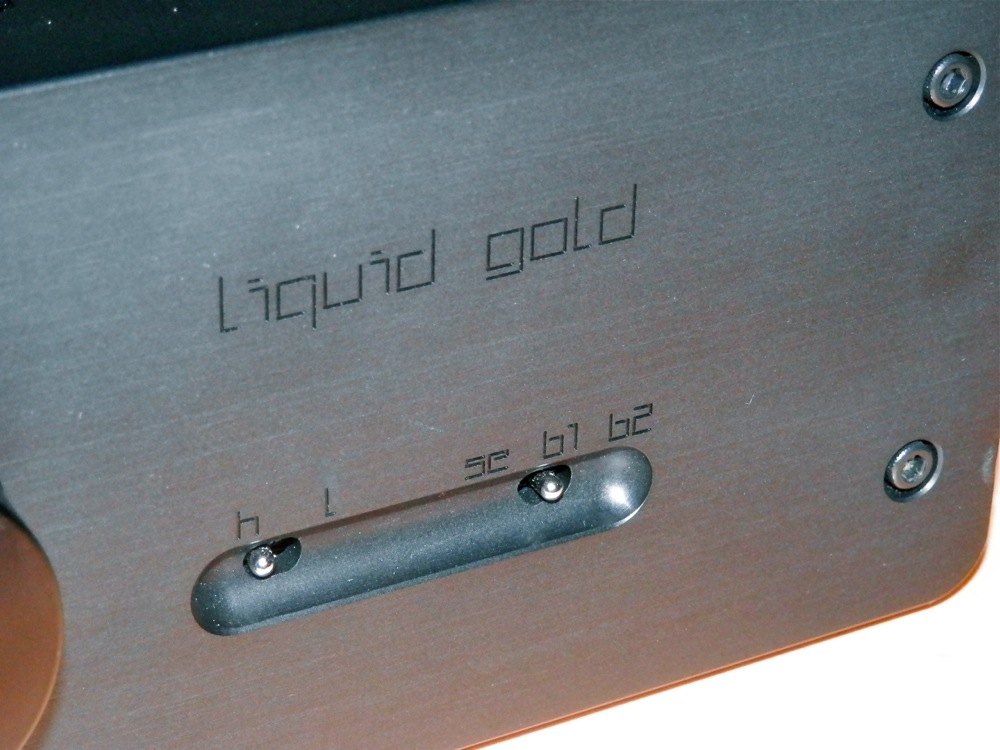 From the outset, there are several things readers may want to know. First, although many Cavalli designs employ hybrid valve/solid-state circuits, the Liquid Gold is a pure solid-state balanced output amp that features a fully differential circuit from end to end—this in contrast, says Dr. Cavalli, to “two monoblocks bridged together at their outputs, but driven out of phase” (a topology Cavalli regards as a sonically inferior to fully differential circuits). 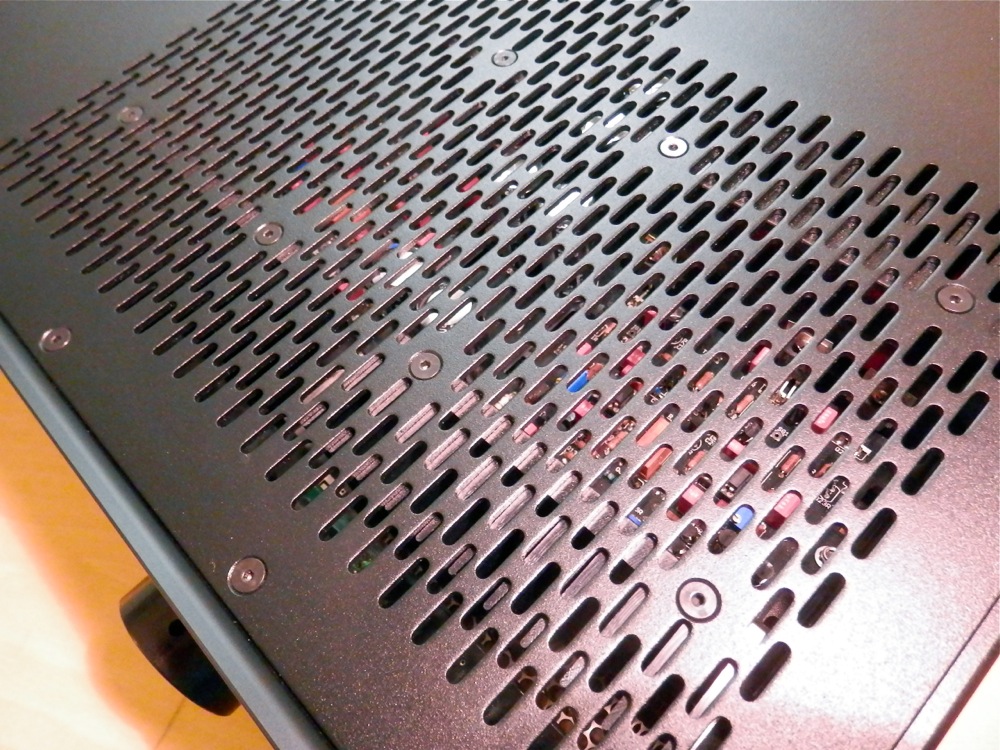 Second, the pre-product prototype photographed for this blog looks similar, but not identical to, the final production units. Specifically, the production units will features silkscreened labels on the rear panel (whereas the prototype has no rear-panel markings at all), and the front panel array of output jacks will be slightly differently configured (though connectivity will remain the same). The prototype Liquid Gold—or “LAu” as insiders call it—features five output jacks: two ¼-inch TRS jacks for single-ended outputs, two (left/right-channel) 3-pin XLR jacks for true balanced outputs, and one 4-pin XLR jack for what many in the industry would also call “balanced outputs.” The production model gives users the same functionality, but in place of using separate TRS and 3-pin XLR jacks, it will sport a pair of “combo” jacks that provide both 3-pin XLR connections and ¼-inch TRS connections in one neat housing. So, from a visual perspective, the production model should have a simpler, cleaner-looking faceplate. 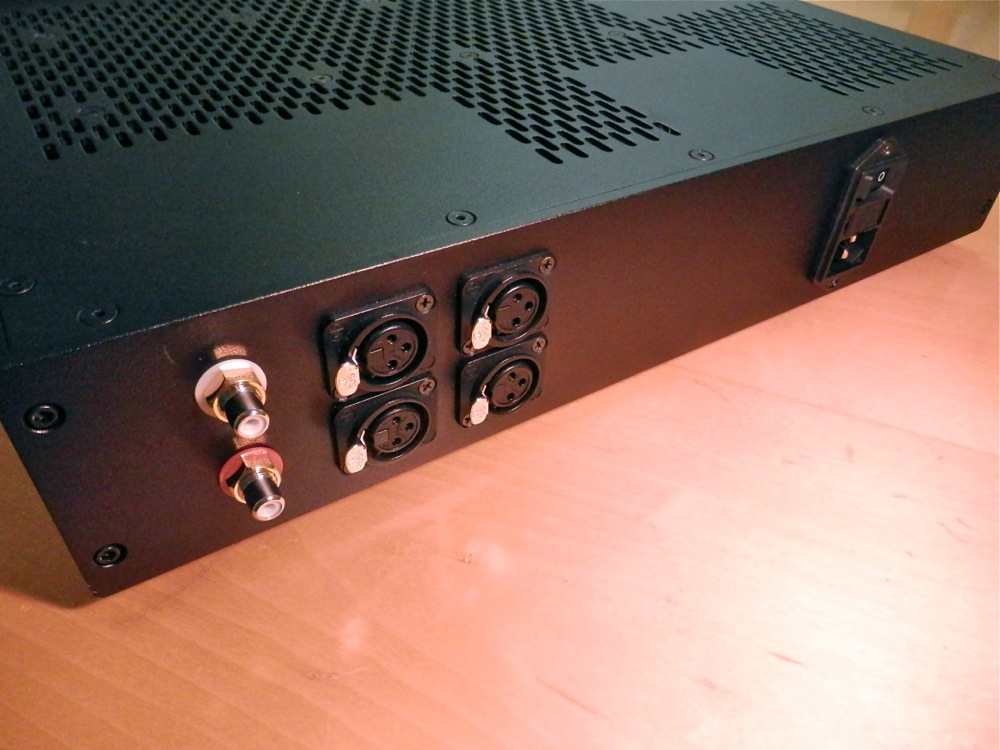 Like the prototype, the production units will be done up in what the Cavalli folks call a “stealth black” finish, where the entire faceplate and every single marking on it is done up in a non-reflective, satin/matte black coating. In our view, the stealth black look is kind of a love it or hate it design element. Personally, I’m not entirely thrilled with the visual treatment, largely because front panel logos and switch labels, though deeply engraved into the metal of the faceplate, are rendered in satin black, meaning they’re all but invisible except under very bright lighting conditions. On the other hand, I’m told a lot of prospective Liquid Gold buyers really dig the whole black-on-black theme. To each his own, I suppose.

The whole point of an admittedly expensive headphone amplifier like the Liquid Gold is to provide cracking great sound quality and the Cavalli does not disappoint.

As one guest listener put it, “I’ve been around music and musicians all my life, but I’ve never heard anything quite like that amp. It shows you things about recorded music that I honestly didn’t know could be shown about modern recordings. In a sense, it gives you more and better insights into a musical performance than you would normal be able to hear even in good live music venues.”

Another guest listener just shook his head in wonderment and said, “That amp’s the real deal. Cavalli amps have traditionally done a very good job, but this one is just… over-the-top good.”

For my part, I came away from my brief exposure to the amp impressed by the positive sonic things it does with ease, but also impressed by its freedom from the types of commonly encountered artifacts and distortions I’ve sometimes experienced with other top-tier amps. Although the Liquid Gold can sound explosive and muscular when the music calls for those qualities, there’s also a relaxed, effortless quality about this amp that I found quite disarming. 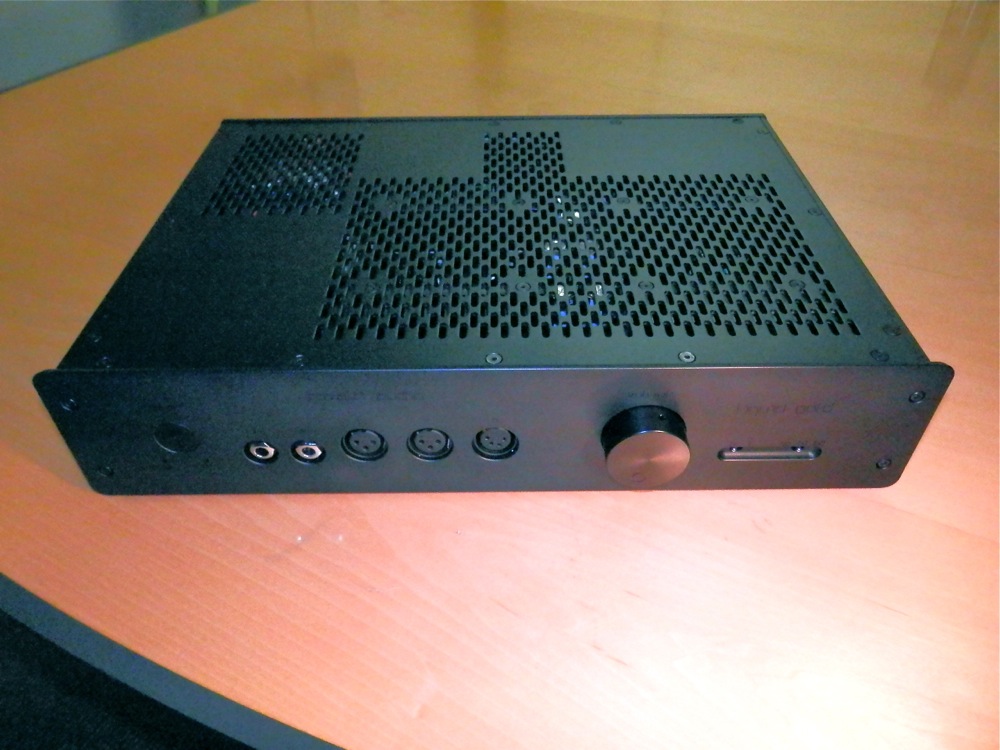 The amp’s sonic excellence isn’t necessarily one of those things that listeners will comprehend instantly upon a first, casual listen. Rather, the Liquid Gold’s inherent sonic “rightness” is something that gradually grows on you (or at least it did me) over a period of minutes and hours, track after track, and album after album. Over time, you may also find you become aware that not only does the amp “sound right,” but that it scrupulously avoids doing things that sound wrong.  That is a rare combination of virtues that’s hard to find in any audio component and one greatly to be prized. 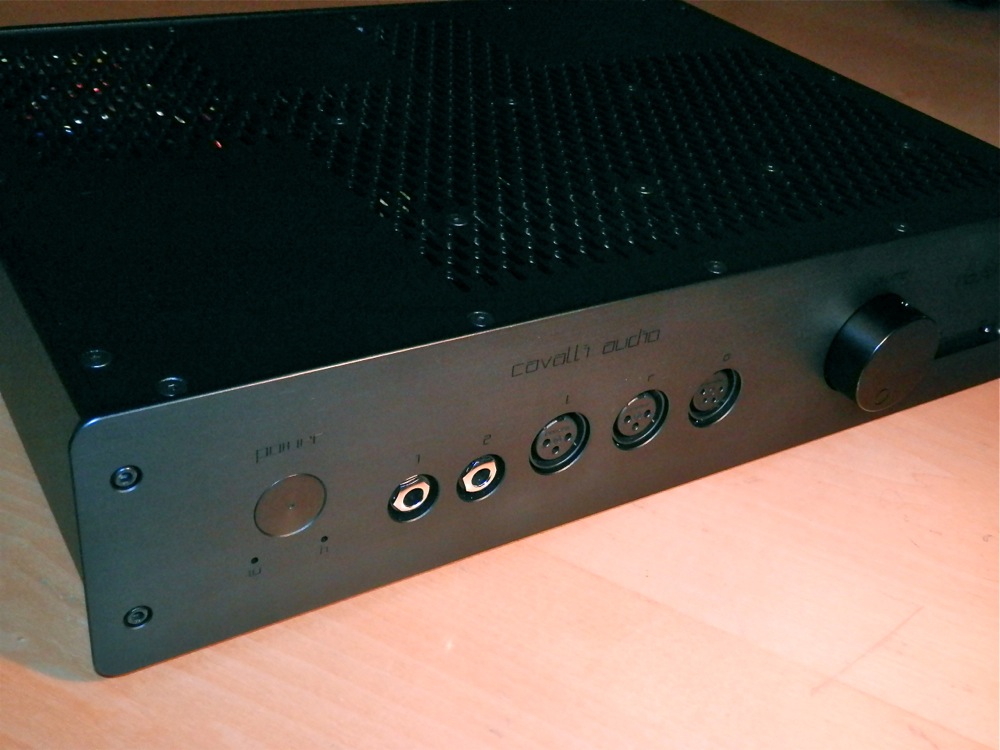 After only a few days in our listening room, the LAu prototype had to leave us to make an appearance at an audio show, but we expect that a full production unit will become available later this summer so that we can do a full-length Hi-Fi+ review. Stay tuned.

Important note for prospective buyers: the Liquid Glass, like all Cavalli amplifiers, will be built in very small production runs of about 30 units each and sold on a first come, first served basis. Typically, productions runs for any given Cavalli amplifier model may be spaced several months apart. Thus, if you think you might want to acquire a Liquid Gold, consider putting in a deposit now before the first production run is sold out.  For more details, visit the Cavalli web site: www.cavalliaudio.com

Knowing as we do that our web site attracts visitors from across the globe, we thought readers might want to know that the Liquid Gold can be ordered with the buyer’s choice of a 100V, 120V, or 240V power supply. The design is CE-approved.