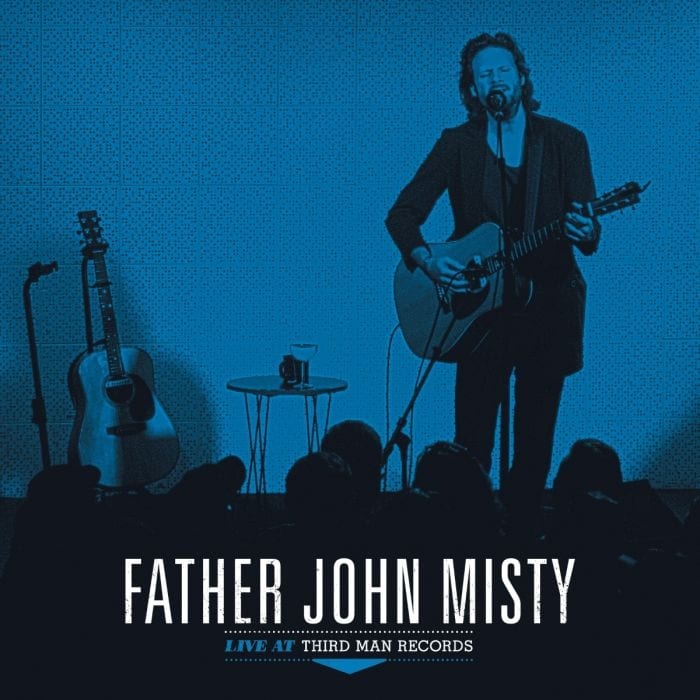 Father John Misty is the alter ego of Josh Tillman, who played drums for the Fleet Foxes before becoming a popular indy rock singer-songwriter. His studio albums favor a soundscape so lush and dreamy that it’s almost like his reverb-drenched voice melts into the wall of sound. The effect can be hypnotic, but listening to Misty never gets too comfortable, as his lyrics are often depressing and his aching, lonely voice is about as uplifting as Neil Young or Jeff Buckley on a bad day. A direct-to-acetate LP, Live at Third Man Records finds Misty in a radically different setting. Armed only with an acoustic guitar and his voice, he suddenly sounds like a straight-ahead folk singer, and a good one at that. His voice soars far above the guitar, and he’s such a strong singer that he pulls off the more intimate performances with panache, especially on “Hollywood Forever Cemetery Sings,” which in its own way is as powerful as the version on Fear Fun. The stripped-down setting suits Misty well enough to make Live at Third Man Records a convincing and memorable album.