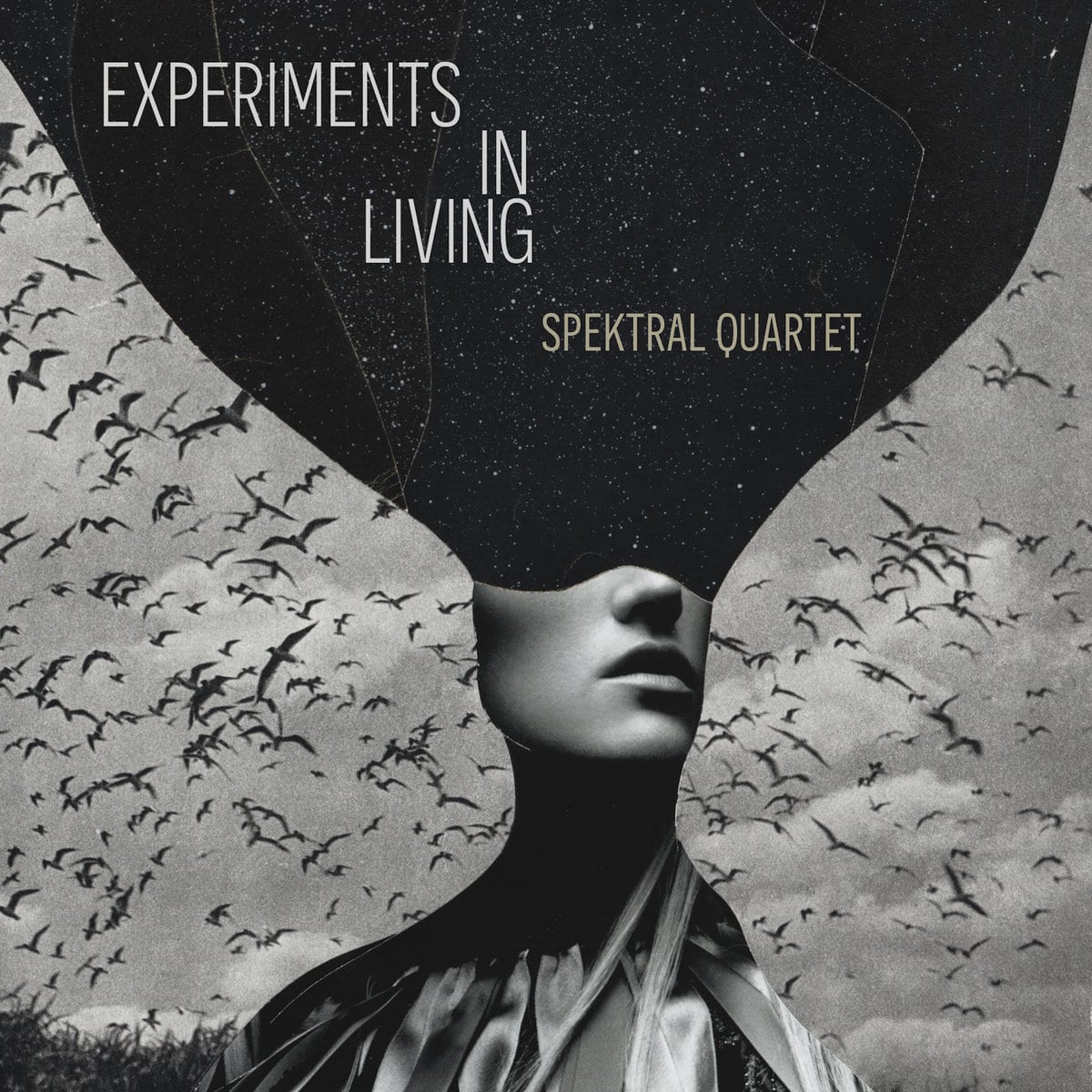 Performers have long sprinkled contemporary pieces in classical programs like raisins in a pudding. Proposed affinities provide an often tenuous rationale for inclusion. This project by the Chicago-based Spektrals explodes that formula. Everything about it is anatomized, theorized, and curated to provoke listeners into forming their own connections among musical units. That there are connections is assumed.

Schoenberg, in his essay “Brahms the Progressive,” lauds not only Brahms’ late harmonic daring but also the asymmetry of his phrasing: a composer should be “afraid to offend by repeating over and over what can be understood at one single hearing, even if it is new.” (Such “elitist” mid-century orthodoxy drove Philip Glass to additive rebellion.) The first example Schoenberg cites is Brahms’ C Minor Quartet op. 51, no. 1—which opens the Spektrals’ album. It’s followed by Schoenberg’s Third Quartet, which introduced his 12-tone method (even notes should not be repeated too soon!). I don’t expect to hear more meticulous or penetrating readings of either piece. Ruth Crawford Seeger’s Quartet 1931 fully holds its own in this company, with equally dedicated playing.

Part Two of the album features works by living composers, many of which pose technical challenges that are easy to underestimate. Sam Pluta’s binary/momentary logics: flow state/joy state asks the quartet to enact the timbres and parallel pitch fluidity of electronic instruments. Anthony Cheung’s Real Book of Fake Tunes adds Claire Chase on flutes to spoof the conventions of jazz fakebooks. Charmaine Lee’s Spinals calls for group improvisation around Lee’s vocalized effects. The whole project takes its name from performer, scholar, and MacArthur “genius” George Lewis’ wide-ranging String Quartet 1.5: Experiments in Living—a title that quotes in turn from a John Stuart Mill passage proposing that “individuality should assert itself.”

That’s the playlist—if you begin and just keep going. But the Spektrals want you to choose your own adventure. University of Chicago professor Patrick Jagoda helped them “gamify” the experience for the era of Spotify and sampling. In the spirit of Fluxus, and of Brian Eno and Peter Schmidt’s Oblique Strategies, they commissioned Natalie Bontumasi to design a striking deck of 20 cards backed with collages by øjeRum. Each card identifies a track; shuffling and drawing determines playback order. From a pack of 60 smaller “bridge” cards, bearing a wild assortment of words, the listener chooses one that suggests a conceptual link between each musical unit and the one last heard. (For those forgoing the card set and hi-res files, Romanian firm Critique Gaming has produced a free online emulator with mp3-quality audio at eil.spektralquartet.com.) While this tarot-tracking can be whimsical, its serious purpose is to prompt close listening and new discoveries with each hearing.

Since the pieces couldn’t all be recorded in the same venue, Grammy-winning engineer Dan Nichols, a self-confessed “maximalist,” built a multi-armed “Lovecraft array” for four pairs of spot mikes so the players could see each other—and so a single virtual space could be conjured independently of physical location. The perfectionist Spektrals chose the best phrases from many takes to assemble Nichols’ “ransom note that doesn’t sound like one.” Even at 176.4kHz/24-bits, the seamless result is the most intimate, musically adventurous simulacrum imaginable. Baudrillard would be proud.

This elevated body of work helped define the singer-songwriter era. […]

Any list of “important female composers” begins with Hildegard of […]

Joe Strummer’s solo catalog is in good hands, having recently […]

A single spotlight reveals a book held by delicate hands, […]