The four Hana cartridges reviewed here (EL, EH, SL, SH) are designed and manufactured by Excel Sound Corporation of Japan. According to its website, this 45-year-old company has more than 50 years of cartridge-making experience, much of it OEM work for other companies. To protect its OEM partners, the company and its U.S. distributor, Musical Surrroundings, provided little information beyond the cartridges’ technical specifications. Although not the subject of this equipment report, an Internet search of available cartridge databases shows that Excel cartridges of the past very closely resemble some offerings of certain major brands.

According to Musical Surroundings, the Hana series is a meeting of old and new, in which modern manufacturing techniques developed at Excel are combined with “classic materials” such as alnico magnets, elliptical styli (E series), and Shibata styli (S series). Musical Surroundings goes on to state that “the classic alnico magnet is found in many vintage loudspeaker drivers and some ascribe a sonic signature to it. Alnico is ‘less powerful’ than more modern cartridge magnets such as samarium-cobalt or neodymium, but still allowed the Excel designers to create a very low distortion generator. This Hana generator design exhibited such linear performance that the designers developed a higher-output version as a nod to moving-magnet phonostages of the ‘alnico era.’ The aluminum cantilever plays a key role in the mechanical behavior of the generator with its ‘lossy quality.’” 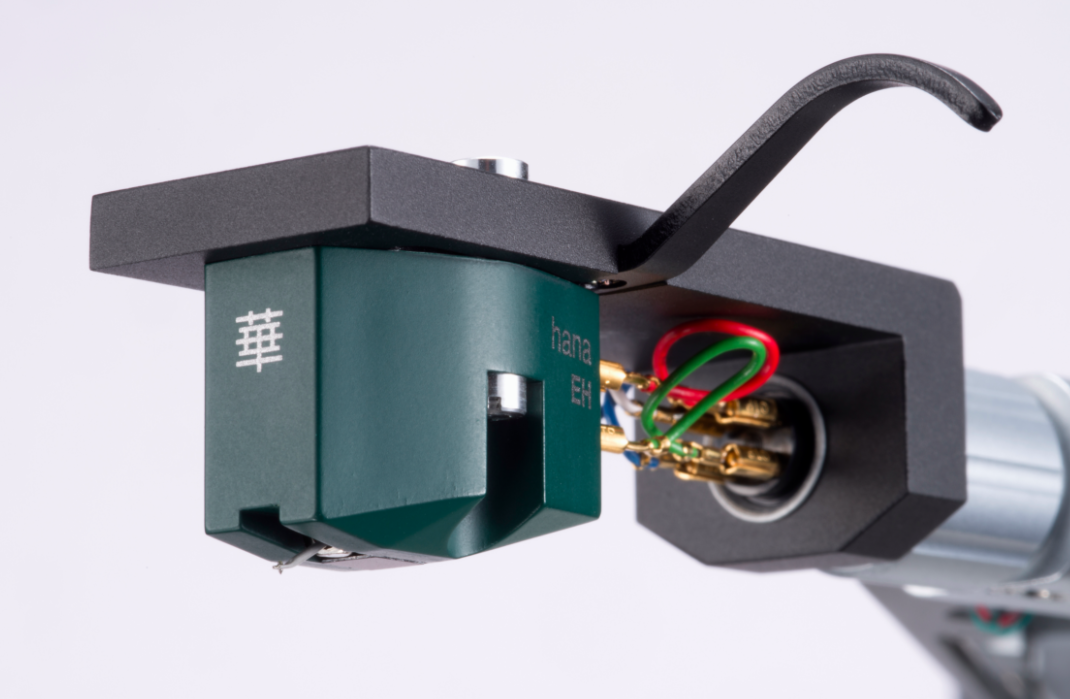 Evaluating a single cartridge can sometimes be a challenge. Evaluating four cartridges can trigger a cerebral hemorrhage. Fortunately, having some structure with setup (employing consistent routines for installation and adjustments) helps maintain focus. The particular set-up procedure used for these cartridges has been documented in the pages of TAS (Issue 244 and online at http://www.theabsolutesound.com/articles/setting-up-a-phono-cartridge-1/). Multiplying this procedure for four cartridges on two different turntable/tonearm combinations, while also allowing for multiple hours of run-in time for each cartridge, gives some idea of the behind-the-scenes commitment involved in evaluating the Hana E and S series cartridges. Using four different phonostages (Ayre P-5xe, Musical Surroundings Phonomena II+, Lamm LP2 Deluxe, and a custom-designed and modified unit called The Raptor) allowed further isolation of cartridge performance characteristics from a specific phonostage. While it’s nearly impossible to parse cartridge performance without considering the associated components, some effort was made to account for those variables by using a variety of equipment.

A general approach to cartridge setup resulted in measured performance meeting published electrical specifications. With some additional attention to setup, as per the procedures mentioned above, there was an improvement in measured performance, which correlated with listening results. One example of this was the azimuth setting. With a level headshell, the Hana cartridges (EH, EL, SH, SL) all met their minimum channel separation and channel balance specifications, which is a very good sign of quality control. Further refinements to azimuth in ’arms that allow these adjustments in most cases yielded improved measured performance for the Hanas. Singling out the Hana-SL cartridge, the baseline measurement in the Clearaudio Performance DC Wood with Satisfy Carbon Fiber ’arm resulted in a channel separation of 31.2dB (left) and 28.4dB (right) with channel balance remaining at 0.5dB when referenced to 1kHz. Electronically adjusting azimuth improved the measured results for channel separation to above 31dB in both (left) and (right) with a steady 0.5dB difference in channel balance, resulting in better subjective performance. Moving the Hana-SL to the Basis 2800 Vacuum ’table with Vector IV ’arm produced an impressive channel separation of 36.7dB (left) and 35.9dB (right) with channel balance remaining at 0.5dB. These are excellent numbers for any cartridge at any price.

While measured performance by itself is no indication of exceptional personal engagement with music playback, there are some strong correlations that overlap in many cases. The key is carefully considering what to measure and what to listen for during fine adjustments, even after measurements are complete. Both are essential to long-term satisfaction in my opinion. The rubber hits the road, so to speak, when the listener is engaged with the music engraved in the grooves, and that satisfaction doesn’t come from a piece of measuring equipment—it’s what the ear collects and sends to the brain.

The only ’tables I had in-house for use during the Hana cartridge evaluation were my reference Basis Audio 2800 Vacuum and Basis Audio Debut Vacuum models (both hosting Basis Audio Vector IV tonearms). My colleague, Neil Gader, and I agreed that using a high-quality ’table and ’arm of known properties and low colorations to evaluate a cartridge is a good approach, which is what the Basis combination provides. (This is something I usually do as a matter of course when evaluating cartridges and getting at the essence of the component’s performance characteristics.) However, the distributor later supplied a lower-cost ’table/’arm, the Clearaudio Performance DC Wood with Satisfy Carbon Fiber tonearm, to include in cartridge evaluations. In addition to another turntable installation this resulted in a doubling of the workload to over 16-plus cartridge installations.

After all of the installation/setups, ’table/’arm combinations, and phonostage cycling, the Hana cartridges demonstrated excellent value (EH and EL), excellent performance (SH), and exceptional all-around performance (SL) in their price categories. All of the Hana cartridges have a musically engaging presentation. There are no bothersome sharp edges on musical transients that can detract from enjoyment. There is a slight polishing (or rounding) of large bass transients that make them inviting without sounding soft or rounded to the point of being ill-defined. A contrabass still sounds correct whether plucked or bowed. “So Far Away” from the excellent Mobile Fidelity reissue of Dire Straits’ Brothers in Arms LP still packs a strong low-end punch that creates a visceral reaction. Dynamic linearity, while not at the level of some of the much more expensive cartridges I’ve heard, is very even across the frequency spectrum. Overall, the cartridges are pretty solid performers. These are the kind of cartridges that you can use without wondering if you’re getting good value and performance for the money.

When adjusted for output levels, the low-output versions (EL and SL) present a deep and wide soundstage that is coherent, believable, and fundamentally solid. On “I Don’t Stand a Ghost of a Chance” from Linda Ronstadt’s What’s New LP, the layering is there for the orchestra, band, and singer, as expected. The ebb and flow of the orchestral strings come as a wave of motion within the recesses of the soundstage. By contrast, the high-output versions of the cartridge (EH and SH) bring much of the presentation forward, moving the listener closer to the performance. The soundstage layering is now a little more compact and diffuse but no less coherent, believable, and fundamentally sound. That ebb and flow of the orchestra are now slightly more gelatinous and forward in the mix. There is also a slight bit of blurring of the soundstage possibly due to the increased coil impedance of the high-output models. Overall, the performance is still very good. 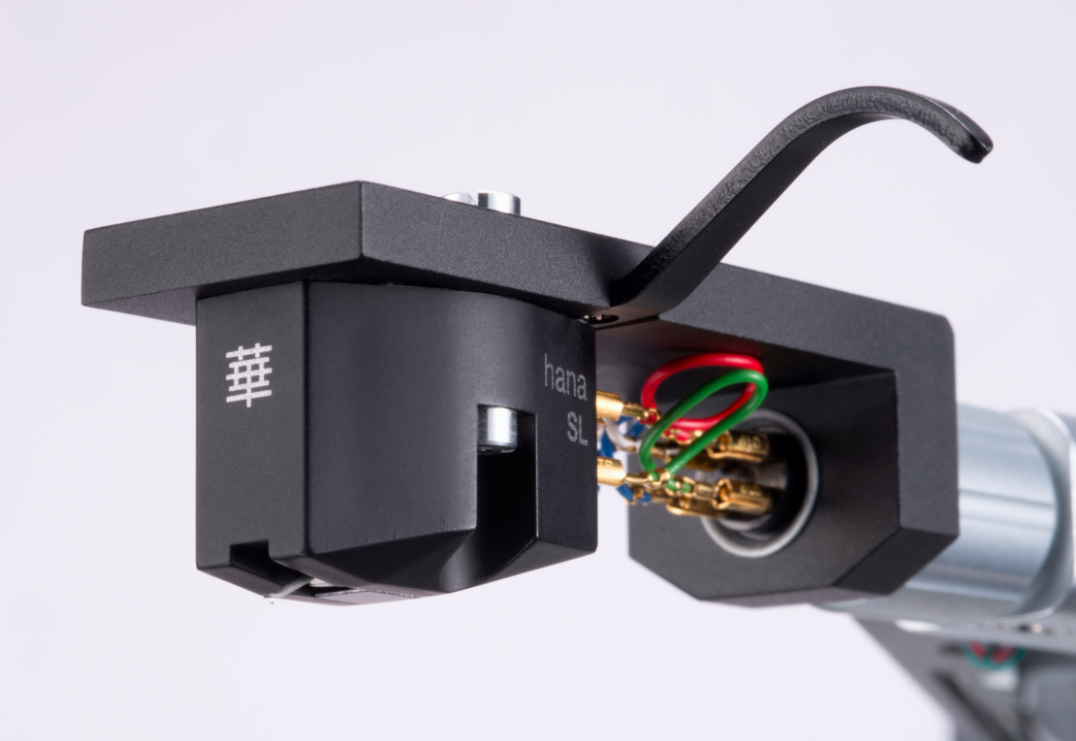 The elliptical pair (EL and EH) have similar traits of slightly reduced high-frequency extension where bells and cymbals, while listenable, are less present and less detailed. Ronstadt’s vocals take on a hint of rawness compared to the Shibata duo, which is often typical for elliptical-stylus-equipped cartridges. The Shibata Hana’s (SH and SL) are models of sonic purity with very low perceived distortion. The SH and SL both make Ronstadt’s vocals polished and pure even during her most dynamic passages. There is an additional level of delicate clarity with cymbals, bells, and strings that would make some high-dollar competition take notice. The level of transparency generated by these Shibata cartridges at this price point is something to admire.

The Hana (EL and EH) get a solid recommendation for their $475 price point. The Hana-SH gets an easy recommendation for the sub-$999 category and quite possibly beyond. The Hana-SL is the gem of the lineup and can easily fit in any ’table/’arm combination that will accommodate a 0.5mV output. With the Hana-SL, the user can rest assured the cartridge will support the next ’table/’arm “upgrade” and will provide a clear baseline from which to judge if any future cartridge “upgrade” is warranted. The Hana-SL is strongly being considered as an addition to my choices of moving-coil cartridges to use for ’table/’arm evaluations and—more importantly—musical enjoyment. Yes, it’s that good.