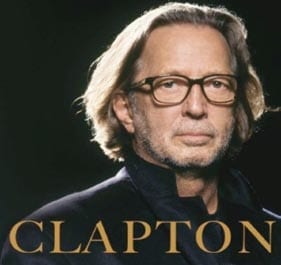 In a deeply satisfying work of self- exploration, Eric Clapton dives into some blues, gospel, pop, and southern-flavored rock ’n’ roll past and present; assembles crack bands on each track that include the likes of Jim Keltner, Wynton Marsalis, Willie Weeks, Allen Toussaint, and Kim Wilson; enlists Texas stalwart Doyle Bramhall II on keys and as co-producer; and gracefully puts his own stamp on tunes ranging from Hoagy Carmichael’s languorous blues “Rocking Chair” to Little Walter’s simmering lament “Can’t Hold Out Much Longer” (with Kim Wilson burning it down on harp) to a couple of seductive gems from J.J. Cale (who also appears on the disc). Vocally, the man is exemplary throughout; warm and conspiratorial at times (Cale’s atmospheric murder ballad “River Runs Deep”), tough and gritty on harder blues such as Li’l Son Jackson’s “Travelin’ Alone.” And yes, guitar abounds here, too, always tonally evocative whether knee-deep in sludge (Rev. Robert Wilkins’ “That’s No Way To Get Along”) or clean and temperate (a tasty acoustic on Irving Berlin’s “How Deep Is the Ocean”). Otherwise, being an Eric Clapton album, Clapton sounds great, full and rich, intimate or rowdy as the material demands. C’mon—we’re talking ’bout God, right?