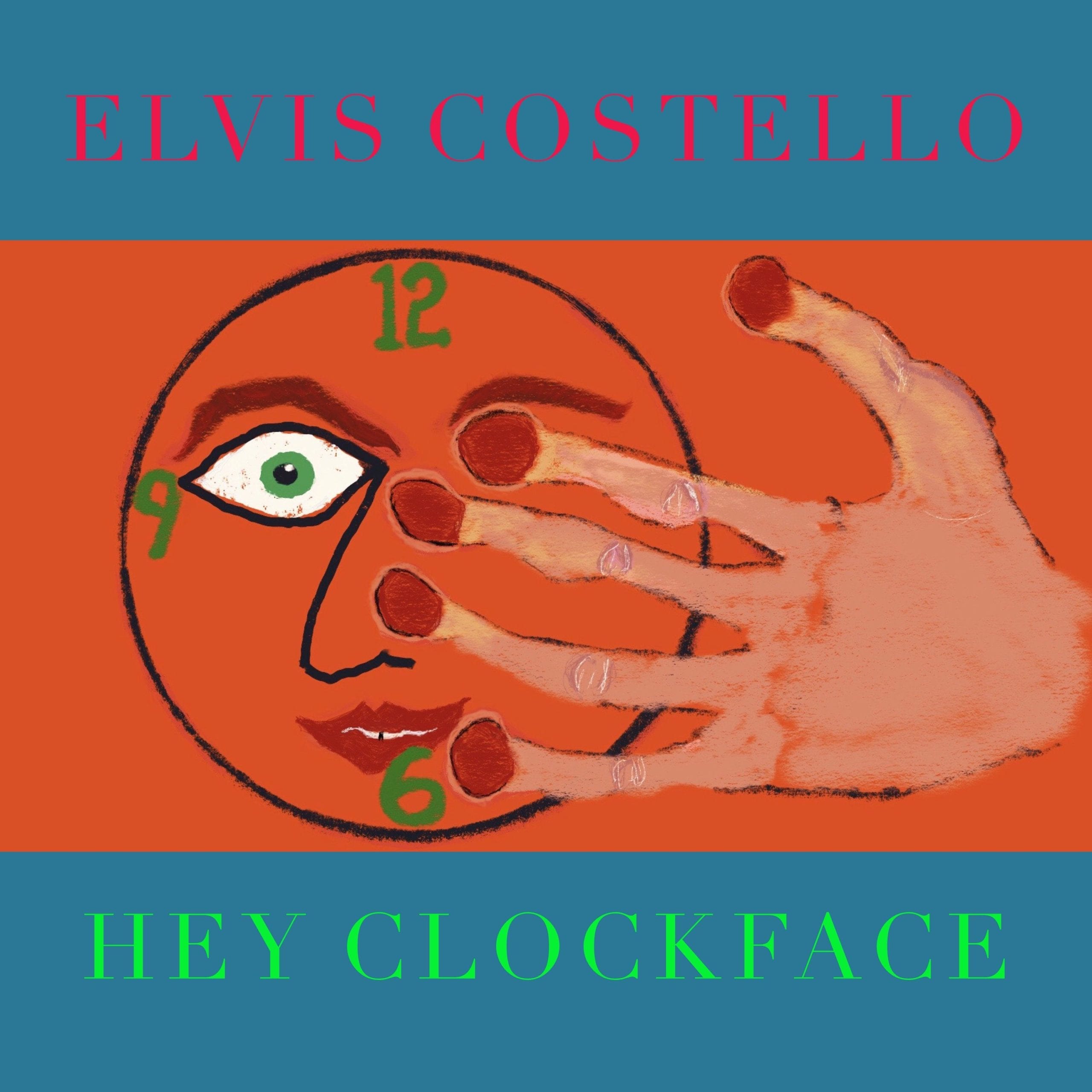 Elvis Costello is a sonic chameleon. From his late-1970s persona as a new-wave provocateur to his current role as an eclectic elder statesman who follows the muse of his ever-shifting musical moods, the main constant Declan MacManus has followed throughout his career has been one of evolution. Hey Clockface, his 31st studio album, continues with that transformative trajectory via a 50-minute genre-bridging smorgasbord of evocative sounds and expressive vocals—and also reinforces his knack for clever song titles. (I’m looking directly at you, “Hetty O’Hara Confidential.”) The intimate yet open aural palette painted by Costello and co-producer Sebastian Krys, threaded across three intercontinental studio locales, puts the listener right in the room alongside the musicians with an estimable level of drum, percussion, and horn-section detail. The declarative sneer of “No Flag” ripples with spooky Fender Jazz basslines, snarly Fender Jazzmaster guitar tones, and swirling Hammond organ lines, all courtesy Costello’s own hands. The foreboding “Newspaper Pane” is a picture-perfect audio snapshot of observational despair, while “Radio Is Everything” is a spoken-word relief map for its cynical, world-weary narrator. Once again, Elvis Costello shows there’s a time and a face for exploring everything his fertile creative mind conjures.