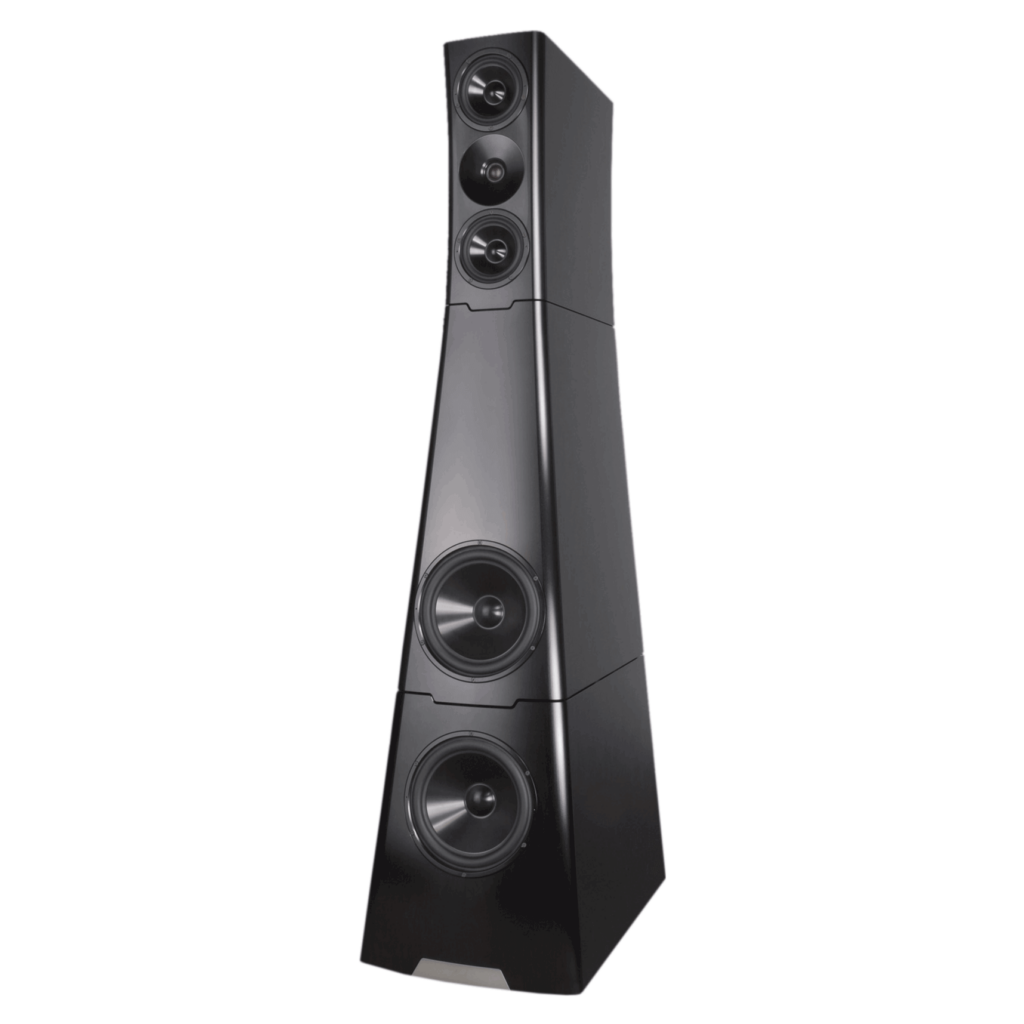 This flagship from YG Acoustics sports driver diaphragms machined in-house from solid aluminum blocks coupled to new motors that reduce audible and measurable distortion. The Sonja 2.3 also comes with new crossover components. A larger version of the Sonja 2.2, the 2.3 adds a passive bass module on which the rest of the speaker is mounted. Sonically, the Sonja 2.3 delivers world-class performance, with a spectacular sense of presence, transparency to sources, and palpability. Its bass is extended, powerful, and articulate. Its overall coherence, as well as its ability to portray a wide range of image sizes, is exceptional. 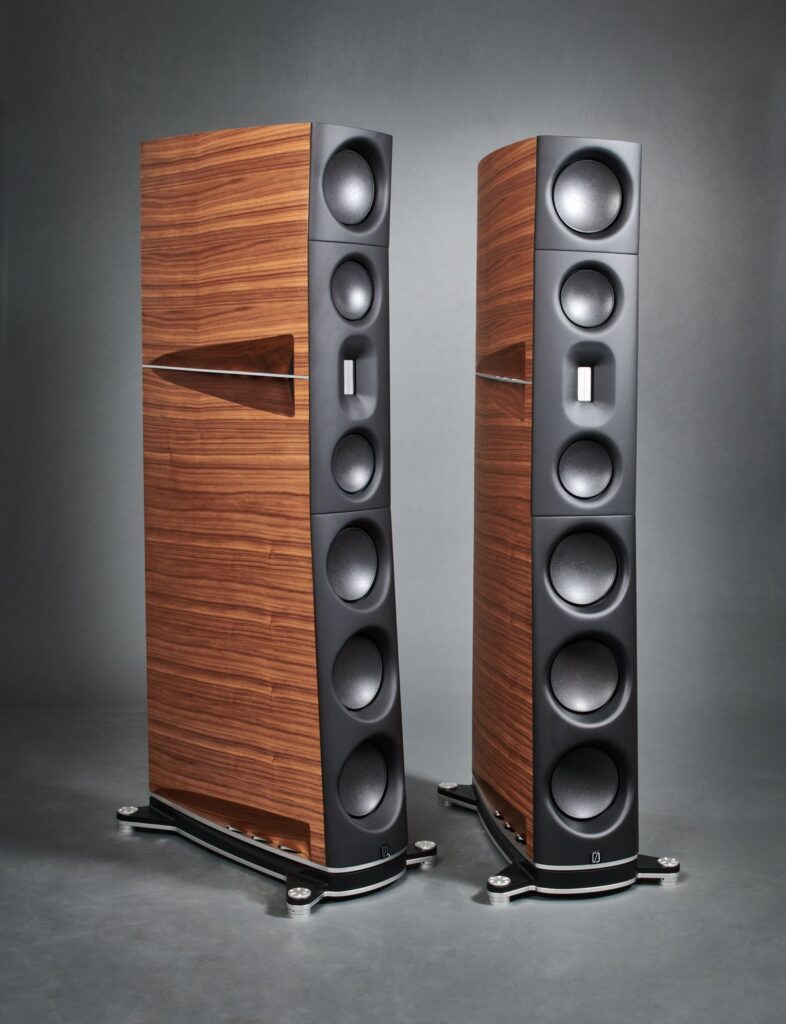 This svelte, handsome, five-foot-tall, seven-driver, two-and-a-halfway floorstander from justly celebrated Danish loudspeaker designer Michael Børresen sounds, surprisingly, very little like the dark, powerful, immensely detailed Raidho speakers that made Børresen’s reputation. Though it uses the same cone/ribbon driver complement as his Raidhos did, the characteristic “bottom-up” tonal palette of Børresen’s Raidhos has dramatically changed. Indeed, minus a bump in the midbass the 05 comes close to a dead-center-neutral timbral balance. And thanks in part to its aerodynamic cabinet, it disappears as a sound source almost completely. Resolution is astonishing without any hint of the analytical, and dynamics remain edgelessly explosive, top to bottom. 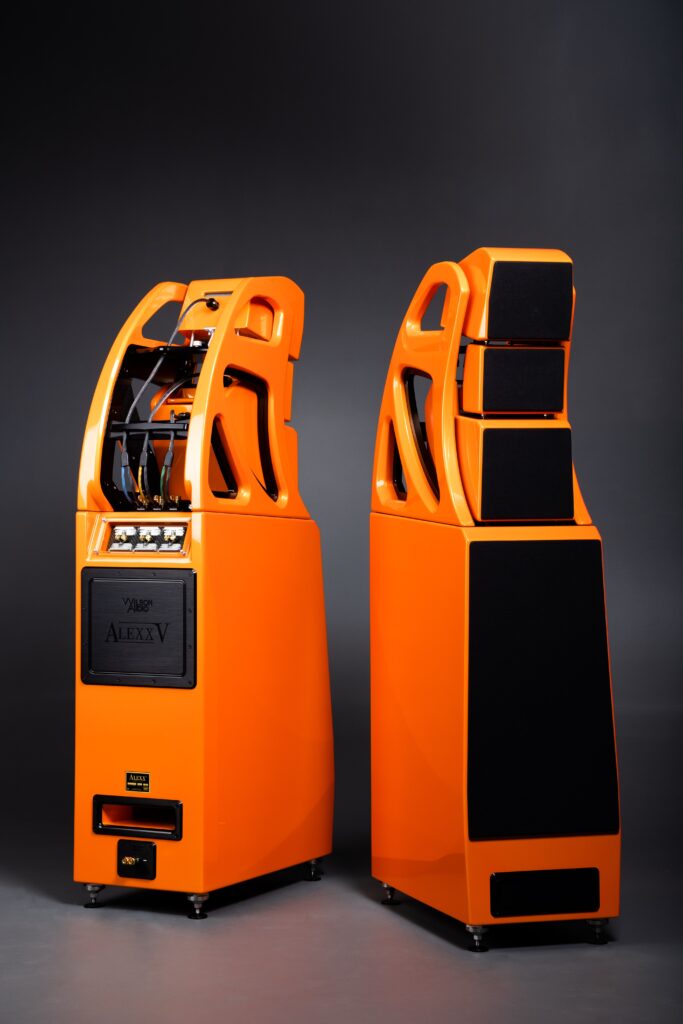 The slightly smaller brother to Wilson’s mighty Chronosonic XVX, the Alexx V delivers huge on looks and performance, and is a massive improvement over the previous Alexx.  This five-driver tower utilizes Wilson’s proprietary V Material, along with every new technology Wilson’s developed.  Although physically massive, its beautiful sweeping lines and open design give it the appearance of being considerably smaller than it is. The Alexx V delves deep into the soul of music. Its finesse, staging, and scale offer not just a sense of realism, but reality itself. The music flows in layers of textural complexity and grace with a sense of ease and effortlessness akin to waves upon an ocean shore; such power yet such serenity. Certainly, one of the most spatially coherent, tonally accurate, emotionally inspiring speakers that reviewer MC has heard. 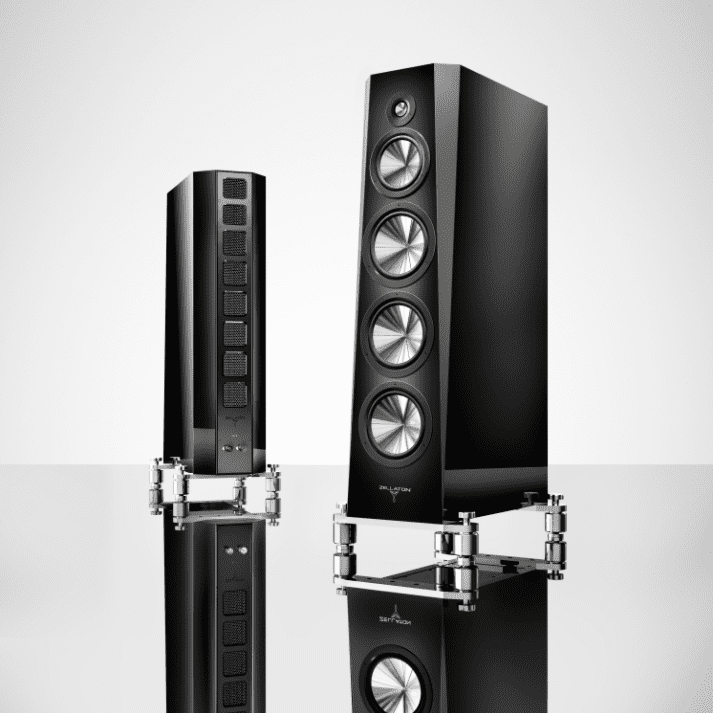 The Reference MkII is a three-way floorstanding loudspeaker with a single 2″ true cone tweeter, a single 7″ mid/woofer covering the range from 200Hz to 6.5kHz, and three 9″ woofers, all housed in a gorgeously finished, multi-layered, matrix-braced, open-backed enclosure. Every one of the Reference’s drivers uses Zellaton’s unique sandwich cone, rather than a mix of cones and domes made of a variety of materials—which is one reason why the speaker sounds so remarkably ‘stat-like and of a piece. Of course, the main reason the Zellaton Reference MkIIs are reminiscent of electrostats is the forehead-slapping realism with which they reproduce voices and many instruments. With great recordings of acoustic music, the result is a truly remarkable sense of being in the presence of actual vocalists and instrumentalists. 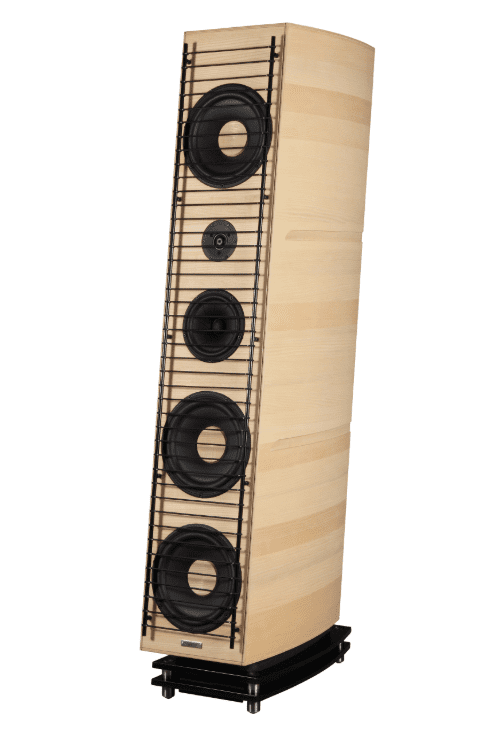 The Gamut Zodiac, with its uniquely shaped, all-natural wood body, fabricated from 28 different layers, offers one of the most exotic and beautifully crafted forms in high-end audio. Employing uniquely modified drivers—including an SB Acoustics silk 1.5″ dimpled-dome ring-radiator tweeter, a cut-paper 7″ ScanSpeak midrange, and three 10.5″ ScanSpeak woofers—their exceptional bass extension and impact, authentic rendition of timbre, texture, attack, body, and weight, combined with a disarmingly open, spacious, and organic presentation, afford them an extraordinary degree of musical insight, almost putting them into a class all their own. 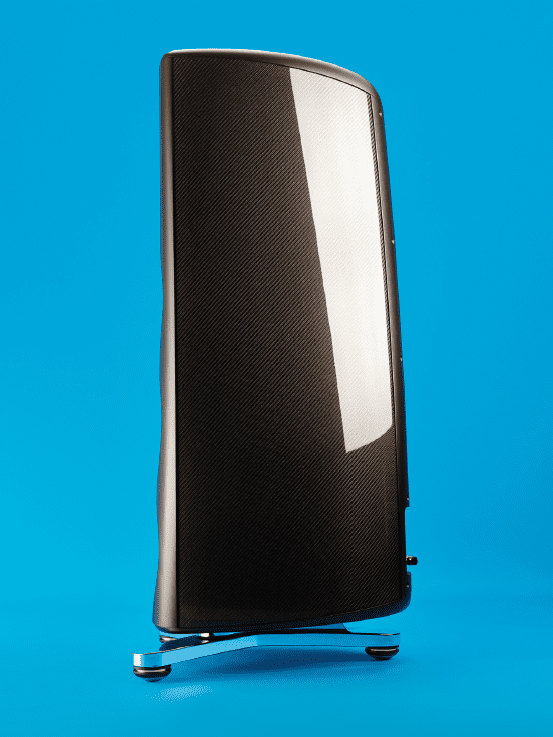 With an aerodynamically shaped carbon-fiber enclosure, the stunningly great M6 represents a design departure for Magico. The rounded enclosure is designed to remove all sharp edges to create an ultra-low-diffraction platform for the drivers. Those drivers are three 10″ woofers, a 6″ midrange (both of which are graphene-infused Nano-Tech), and a 1.1″ diamond-coated beryllium-dome tweeter. The bass performance of the sealed system is spectacular, tonally and dynamically, and the upper bass has warmth, richness, and density of color without sounding thick or bloated. Best of all, the low-diffraction cabinet allows the tweeter to disappear, the treble sounding completely smooth and natural. The soundstaging and ability of the speaker to disappear are sensational. One of the world’s greatest loudspeakers. 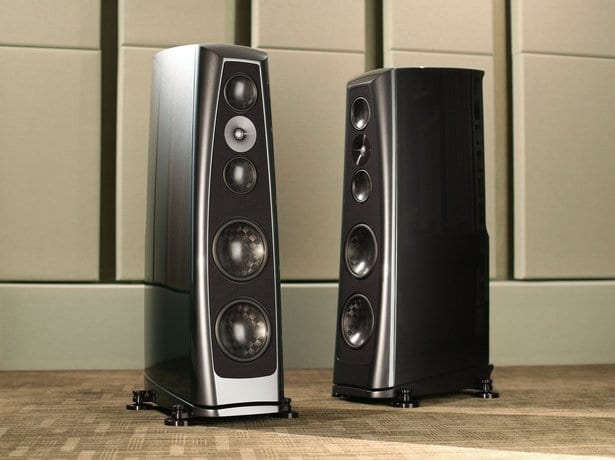 The Lyra is a three-and-a-half-way, five-driver design with a rear-firing port. Two 6″ midrange drivers flank the 1″ waveguide-loaded tweeter, with two 10″ drivers on the bottom. The enclosure is made from two massive shells of cast aluminum, with the cavity between them filled with a proprietary, high-density urethane core material. Musically, the Lyra delivers a horn-like visceral immediacy with its stunning dynamic performance. Yet for all its verve and panache, this is a speaker of great delicacy, capable of conveying the subtlest nuance of texture and shading. It’s also one of the most beautiful in timbre that RH has heard, combining high resolution with lush textural liquidity. 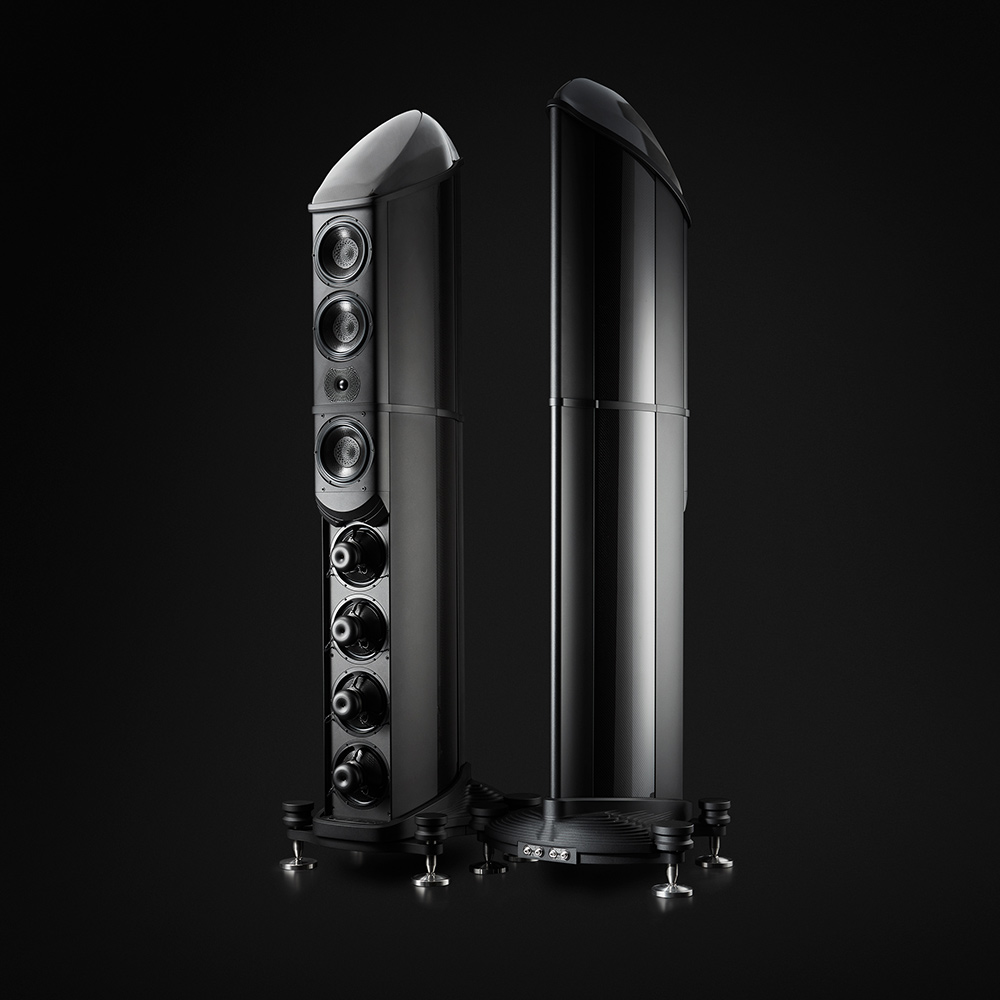 This flagship speaker from England’s 43-year-old Wilson Benesch is a world-class performer that competes in the upper echelon of today’s loudspeakers. The unusual design (isobaric woofers, ultra-tall and narrow carbon fiber and aluminum enclosure, custom drivers) is an example of form following function. The bass is exquisitely detailed and resolved, revealing nuances of texture and dynamics in a way that is simply sensational. Dynamics are whip-fast without etch, and the soundstage is simply without peer. The top-to-bottom balance is spot-on. The Eminence is capable of completely disappearing in a way that unfailingly communicates the deepest musical expression. The bottom end favors speed and articulation over the last measure of weight and authority. 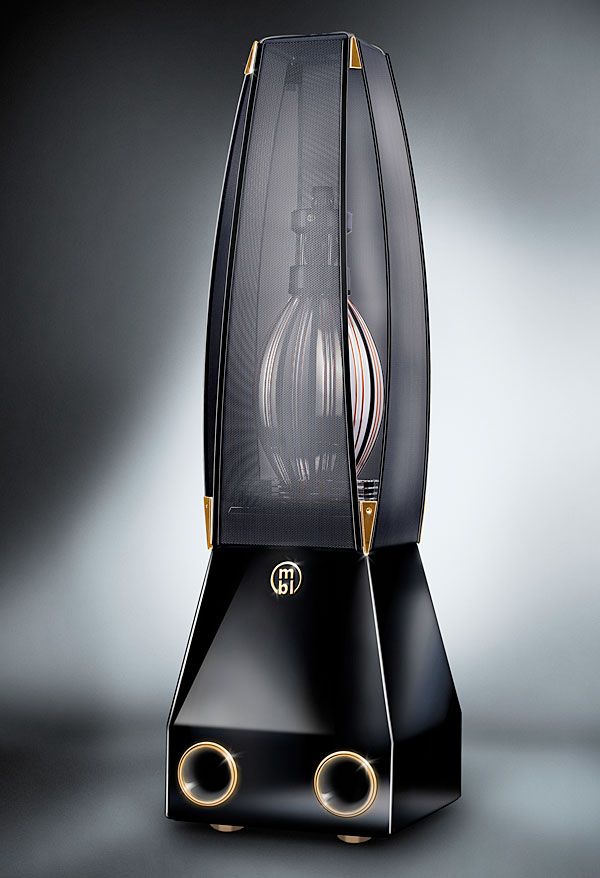 Comprising two Radialstrahler columns and two outboard, powered subwoofer stacks (with six 12″ woofers in each stack), the 101 X-tremes are giants. Expensive giants. But until you find a speaker system that sounds more like the real thing (on every kind of music) for less money…well, you’re gonna have to settle for second best. As good as cones-in-a-box speakers have gotten to be, nothing else, dynamic or planar, sounds like these gargantuan Radialstrahlers, because very little else projects its energy from top to bottom throughout a true 360 degrees, like instruments themselves do. As a result, the 101 X-tremes simply own the third dimension. What JV said in his original review of the X-tremes a decade ago still holds true. Listening to every other transducer is like going to a movie of a concert—a two-dimensional medium trying to imitate a three-dimensional one. Listening to the 101 X-tremes is like going to the concert itself. 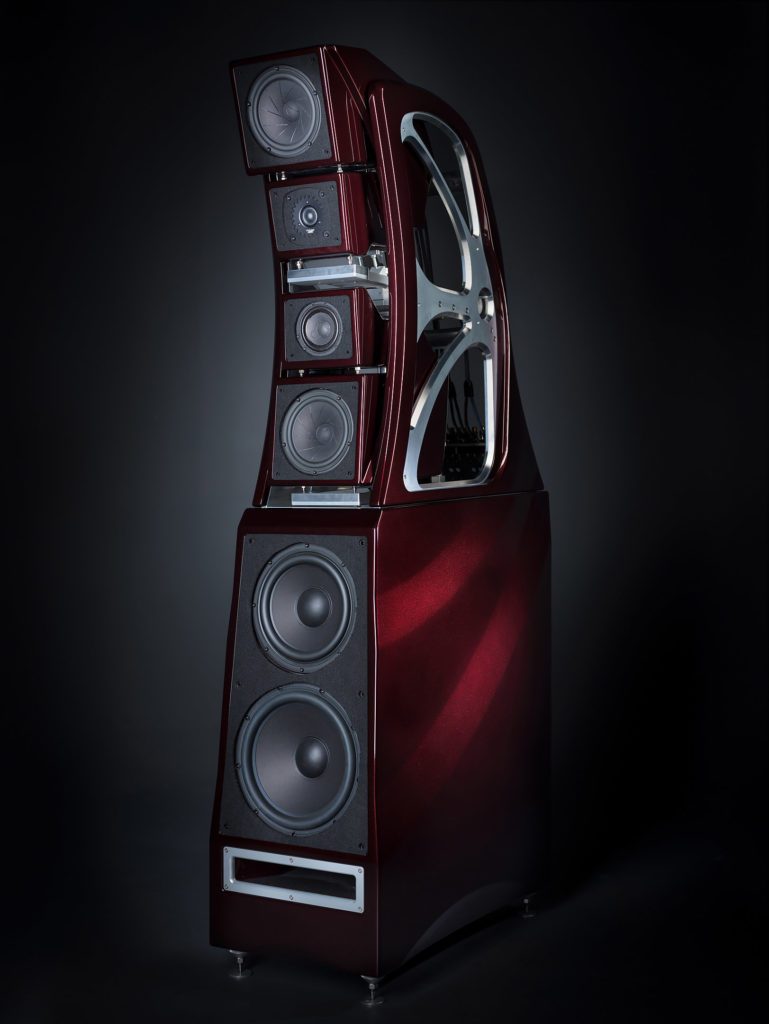 In RH’s view, the XVX sets a new standard of realism in reproduced music. The massive four-way, seven-driver speaker, housed in five separate enclosures, features more innovations than any other product in Wilson Audio’s 49-year history. These include new drivers, cabinet materials, crossover components, even binding posts. The XVX shares with Wilson’s $850,000 WAMM Master Chronosonic the ability to time-align the driver outputs at the listening positions with astonishing accuracy—within just two microseconds. This compares with the 12-microsecond precision of previous Wilson products. The result is a speaker with startlingly realistic reproduction of timbre and presence, a voluptuous yet highly resolved midrange, a silky-smooth treble, uncanny transient fidelity, and phenomenal visceral bass impact. A world-class reference that advances the state of the art in loudspeaker design. RH’s reference. 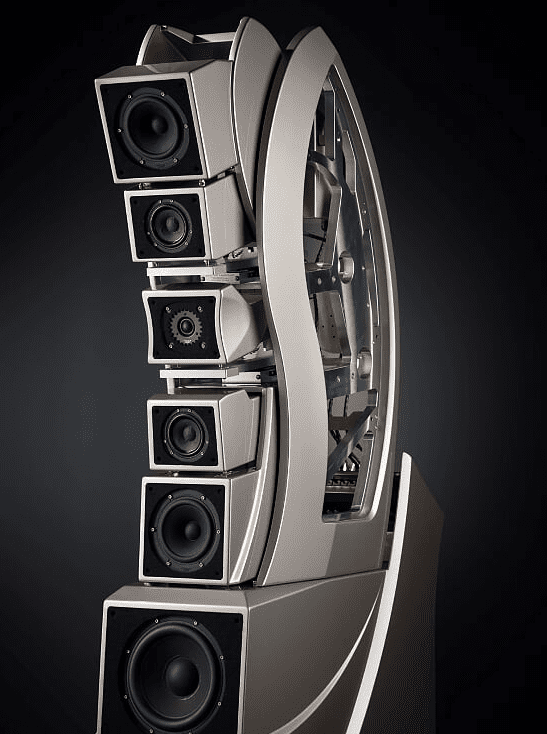 With the WAMM Master Chronosonic, an entirely re-conceived version of the legendary original, David Wilson has broken new sonic ground. A vanishingly low noise floor supplies the foundation for the WAMM’s sonic prowess. Its scale and dynamic power must be heard to be believed, and even then, it requires something of a mental adjustment to comprehend just how expansive a soundstage it reproduces. Despite its large size, however, the most beguiling aspect of the WAMM may not be its capacious soundstage, deep bass, or seemingly limitless dynamics. Rather, it is the ability the loudspeaker has to draw you into the music, banishing any sense of electronic haze or glaze. It is literally and figuratively a towering achievement.