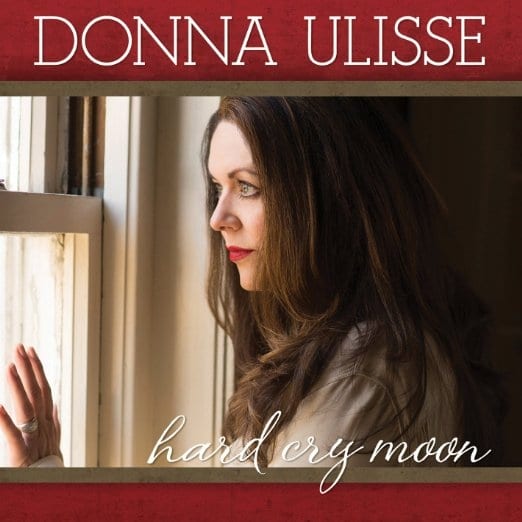 Though not touted as a concept album, bluegrass singer-songwriter Donna Ulisse’s latest gem, Hard Cry Moon, could pass for one. Start with the hard-charging album opener, “Black Train,” fiddle- and banjo-fired with a red-hot mandolin solo courtesy of Casey Campbell, wherein Ulisse adopts a biting attack to underscore her narrator’s determined flight from a failed relationship to a fresh start. Ten songs later she winds up at “Whispering Pines” (a non-Ulisse copyright, being from the pen of Howard Hausey), a tender mountain ballad extolling the natural world’s power to heal a broken heart made doubly aching by the plaintive cry in the singer’s expressive mountain voice. In between are such items as “As Long As We’re Together,” a loving reflection on the ties that bind, especially in hard times; and “It Could Have Been the Mandolin,” a sprightly reminiscence of courting days when the spark of love was ignited by bluegrass music on the radio. The benediction to it all is “To Sleep in Peace at Night,” wherein The Narrator vows “to be okay with who I am/and to sleep in peace at night.” The warm, intimate soundscape fashioned by producer Bryan Sutton well serves the messages and the messenger alike.