To be perfectly candid, I had my doubts at first when I was offered the chance to review the 212se digital preamplifier from DiDit High-End. On the one hand, I was intrigued by a special edition of the well-received 212 DAC/pre. But then again the 212 is built around ESS Technology’s Sabre ES9018 sigma-delta 32-bit DAC. It was inevitable that after some 30 years of searching for a musical CD sound that certain notions would crystallize for me as far as DAC chip types, upsampling, and digital filters. Eventually, my ears pointed me toward R2R DACs operated in non-oversampling (NOS) mode. The Philips TDA1541 and TD1543 made it into millions of CD players over the time frame from about the mid-1980s to the mid-1990s. Actually, I didn’t think too much about these chips until I heard them much later in non-oversampling mode and without the crappy op-amps that accompanied them as buffer stages in those days. In the immortal words of Schoolhouse Rock, “Zero is my hero,” at least when it comes to oversampling. Unfortunately for me, sigma-delta modulator (SDM) DACs have come to dominate the audio scene in the past 20 years. They are everywhere; literally millions of them reside in iPods around the world doing their thing with MP3 music files. An SDM DAC may be easier to manufacture, and it might make economic sense, but I’ve never before warmed up to its sonic footprint.

And so I agreed to give the 212se a listen before committing to a review. To say that I was in for a surprise is to put it mildly. This was the first SDM-based DAC that to my ears sounded non-digital in the best sense of the word. Hey, the 212se was so good that I was willing to put my bias aside and embrace it for the long haul. You may be wondering who exactly DiDit High-End is and how it pulled off this trick. The name is a clever acronym for Different in Design, Different in Technology. This Dutch company was founded in 2007 by a core team of four individuals, Patrick Schoon, Rients Steenbeck, Roy van der Hulst, and Sebastiaan de Vries, all of whom are passionate about music and bring complementary skill sets to bear on audio design and manufacturing.


Be forewarned that the obligatory overview of features and technology will be longer than usual—there’s just a lot to say about this unit. 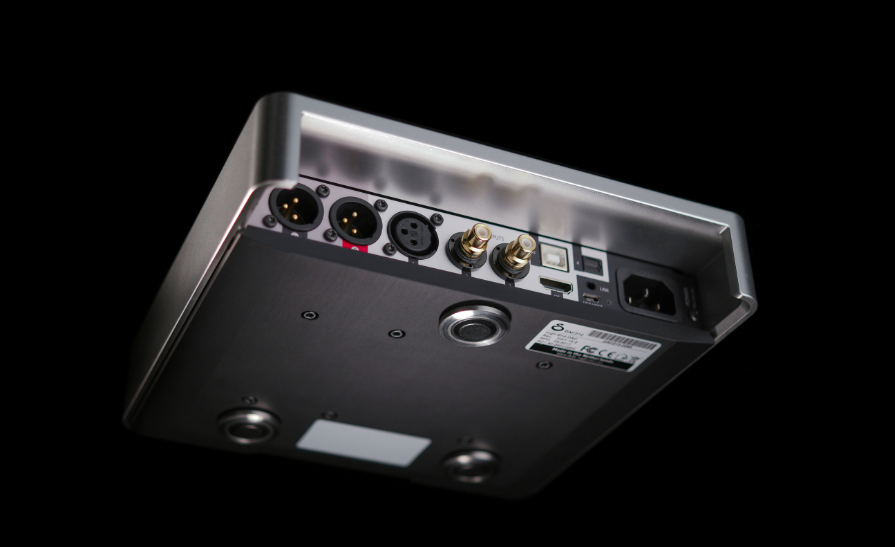 The 212se is a special edition of the DAC212RCA and is fully differential from input to output, meaning that it is the difference between inverting and non-inverting signals that is being amplified. There’s more to implementing a balanced design than simply adding an XLR output connector. The trick is to take advantage of the common mode noise rejection offered by balanced operation while avoiding increased distortion. DiDit has paid this close attention, including use of current mirrors and routing the inverting and non-inverting signals on the PCB as a tightly coupled pair. The advantage of such a PCB layout is that the adjoining two magnetic fields partially cancel each other out, which results in a lower inductance circuit and purer signal transmission. During the review process I was sent the latest USB board and a comprehensive set of installation instructions for accessing and replacing the old board. It was a fairly painless process and gave me a chance to examine and admire the guts of the unit.

Only XLR analog connectors are provided, which means that those of us with single-ended amplifiers or preamps will need to use XLR-to-RCA adapters. In this case, it is recommended that the DAC be set to unbalanced mode via the internal software. This switches circuit relays for optimal unbalanced performance. I initially tried cheap generic adapters but those were no match for the Purist Audio Design adapters that Santy Oropel, the U.S. distributor, sent me. The Cardas adapters are very good, as well.

Digital connectivity is prolific and includes the usual suspects of AES/EBU, two coaxial, one optical, and USB. In addition, an I2S input via HDMI is accommodated for compatible devices such as PS Audio PerfectWave Memory Player, and Wyred4Sound and Cocktail Audio X50 music servers. If desired, the coaxial inputs could be changed to dual BNC to allow for DSD over BNC, one BNC per channel. And if you’re into this sort of thing (I’m not), Bluetooth streaming data can be received via the aptX codec or in AAC or MP3 format. I should also mention in passing the headphone jack on the front panel, which is not part of this review.

All of the unit controls are accessible via a cigar-shaped remote control. Power, source select, mute, and volume buttons provide the primary user interface. However, internal software menus and sub-menus allow the user the ability to tweak all performance aspects. These are accessible by holding down the mute button for about three seconds. The unit’s very cool dot-matrix display is your visual guide as you scroll through a host of main menus and select the one of interest. The one menu you should definitely become familiar with is titled “DAC,” and its sub-menus allow the user to tweak all of the ES9018’s settings. In particular, two settings definitely worth experimenting with are the digital filter roll-off (Fast or Slow) and the quantizer bit depth. The ES9018 is a multi-bit sigma-delta DAC, and although a quantizer setting of 6 is considered to be default, settings of 7, 8, and 9 are also available. (I was told that Qsize of 9 is being discontinued as an option, and it certainly did not work on my unit.) Theoretically, the main benefit of increasing the quantizer size is that of reduced high-frequency noise in the audible bandwidth. Strangely enough, a Qsize setting of 8 turned out to be quite noisy, so the real choice was between 6 and 7. I quickly zeroed in on 7 as my favorite, which sounded livelier, with better rhythmic drive. For the record, most of my critical listening was conducted with the Slow filter setting and a Qsize of 7. Out of curiosity, I asked the factory about any testing they may have done to identify measurable differences between these two settings. The Audio Precision tests they undertook, including input-output linearity, failed to identify any clear differences. Perhaps not surprising, since measurements rarely capture perceptual nuances experienced by audiophiles.

There are two operational modes, DAC or preamp, which can be set from within the “Outp” main menu. In the “Mode” sub-menu, select the “DAC” setting to bypass the volume control and emulate a fixed-output-level DAC. I tested the 212se in both DAC and digital preamp modes. As a digital pre, the 212se did spectacularly well in the context of balanced power amplification, connected directly to the Merrill Audio Veritas monoblocks, scoring high marks for natural timbre and resolution of low-level detail. However, for a showdown with the Schiit Audio Yggdrasil DAC that RH raved about recently, I set the 212se to DAC mode and ran both units through a line preamp. According to RH, the $2300 Yggy is one of the three best DACs he’s heard regardless of price, and being based on a 20-bit R2R chipset it makes for a sharp technical contrast with the 212se. I was truly looking forward to this particular shootout, especially since the sample Mike Moffat sent me incorporated the latest software tweaks. Taking a lead from RH, who let the Yggy sit in his rack powered up for a full month, I decided to do even better and let it cook for six weeks before attempting serious listening. When my Yggy finally woke up from its sonic slumber, I quickly realized that RH wasn’t kidding when he says that the Yggy is in many ways competitive with any DAC he has heard regardless of price and one of the three best DACs he has auditioned to date, the other two being the $19,500 Berkeley Alpha Reference and the $35,000 dCS Vivaldi.

This showdown proved to be most illuminating, and while at the end of the day I felt it to be a battle between near equals, there were significant voicing differences that could tip the scales one way or the other depending on one’s preferences and system context. First, let me describe common ground. Both units excel in detail retrieval and feature exceptional transient response, not only at the point of attack but also in facilitating decay with an exceedingly low noise floor. Ditto for lower midrange tonal conviction and deep bass solidity. However, the Yggy’s voicing is bold, assertive, and at times a bit forward. As a consequence, it comes across with greater rhythmic drive, a touch more clarity, and a heightened sense of interplay between orchestral sections. The 212se, on the other hand, produced a sunnier vocal band, sweeter textures, and an overall more relaxed presentation. As such it brought me closer to the vacuum-tube experience that is within my listening comfort zone. Yet there’s no denying that with up-tempo musical selections the Yggy produced a more exciting and visceral listening experience. However, where delicacy and textural finesse were required, the 212se offered a more satisfying musical rendition. 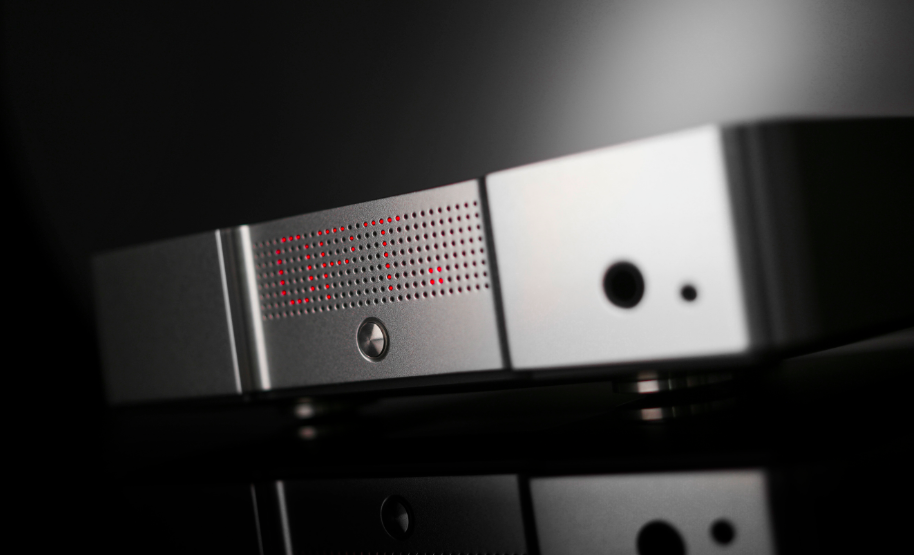 To my mind, the 212se’s most accomplished sonic attribute was its ability to resolve spatial information, though this was most evident when it was used as a digital preamp. I’ve yet to hear more precise image outline focus or refined layering of the depth perspective. A case in point is George Karr’s Adagio d’Albinoni, a 1981 doublebass recording at Japan’s Takarazuka City Vega Hall, which I’ve probably listened to more often than I should. The performance has some technical issues, but the recording’s sense of space and lower midrange authority are spectacular. The 212se managed to capture the harmonic bloom of Karr’s vintage Amati in spectacular fashion. Not only that, but its plush layering of the soundstage left no doubt about the placement of the Amati doublebass in relation to the pipe organ accompaniment. This is a good time to mention definition of bass lines. Deep and mid bass lines were reproduced with exemplary clarity. There was never any confusion about pitch definition. Of course, this was also a function of the associated speakers and power amp, but in the context of the reference system it was quite easy to resolve the timbre of the 8- and 16-foot organ pipes.

If someone had told me a few months ago that I would be embracing a sigma-delta DAC I would have thrown a couple of spuds at them. But keep in mind that in my experience there’s a narrow path toward optimal sound, which involves selection of the slow roll-off filter and a Qsize setting of 7. So configured, I find the DiDit 212se to be enormously compelling musically, so much so, that it is currently my favorite DAC/pre. Make no mistake about it, this is a major endorsement by a reviewer who was for years dogmatically attached to R2R DACs. I think I’ll be taking my dogma out for a walk about now. Be sure to give it a listen. I think that you’ll be as amazed as I was by the musical prowess of the 212se.