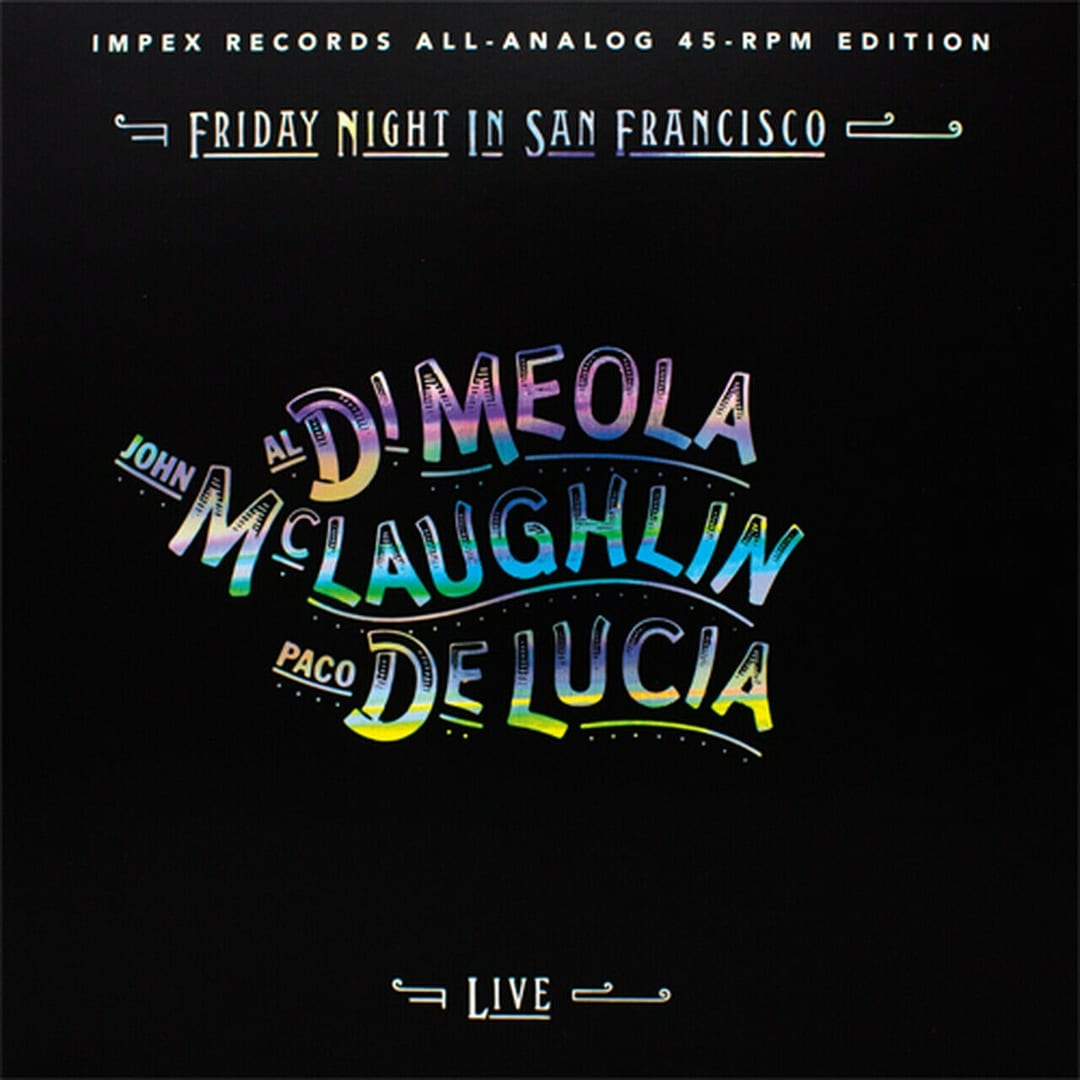 This famously outstanding recording has been reissued several times—and this latest edition from Impex sounds fabulous. Cut from the original analog tapes by Chris Bellman and Bob Donnelly at Bernie Grundman Mastering, it’s arguably even livelier and more detailed than the likewise excellent Grundman mastered 45rpm set ORG released eight years back. Recorded at San Francisco’s Warfield Theater in December 1980, Friday Night In San Francisco showcases the virtuoso guitar trio of Al Di Meola, John McLaughlin, and Paco DeLucia playing a blistering flamenco-inflected jazz-fusion style. The first three tracks are performed by differently paired duets, while the entire threesome plays on the final two songs. Impex’s reissue crackles with energy and newfound immediacy and “there-ness,” with a notable sense of dynamic life and snap to the guitar strings and halos of reverberant air surrounding them. The hall’s acoustic is wide and deep, with the placement of the group onstage quite natural relative to the audience. The playing is thrilling to hear, and sometimes amusing, as with the playful back and forth between McLaughlin and Di Meola during Chick Corea’s “Short Tales of the Black Forest.” Limited to 3000 copies. Highly recommended.

In a Sentimental Mood