The term “ripping” sounds a bit scary—like you’re tearing something apart. However, in audio, “ripping” is the process of copying music files from a CD to your hard drive or flash drive in a format that can be played by a computer audio player. When you start getting into computer audio, you’ll want to play your digital music from a hard drive somewhere in your system. Most audiophiles start their computer audio journey with a collection of CDs, and need to copy some or all of their CD collection to the hard drive used by their music player or server. Once an album is on your music player, you can play it back by selecting it and then adding it to a playlist. Usually, that just means you can see your collection of ripped CDs and downloaded albums on a smartphone or tablet computer, choose what you want to play, and have your music player play your selection off your hard drive. You don’t have to find the CD, clean it, place it in your CD player, start the player, and then, when the music stops, retrieve the CD and replace it on your shelf. Ripping is also how you transfer music from CDs onto your smart phone or portable player, or to a USB flash drive to play in your car.

As for SACDs, most have two layers, a high-resolution layer and a CD layer. Such SACDs are called hybrid SACDs and will play on both SACD players and CD players. You can rip the CD layer, but the SACD layer is copy-protected. The Digital Rights Management Act makes it illegal to copy the copy-protected layer, although it’s a bit ambiguous in that area.

How to Rip CDs: dBpoweramp CD Ripper
The most common way to rip is to use a computer with a program designed to rip CDs. In fact, you probably got a ripping program with your computer. Windows Media Player and iTunes come with PCs and Mac computers, respectively, and both will rip files from CDs to your computer’s hard drive. But there are other programs that may produce more accurate rips and do a better job of finding cover art and other metadata. For Mac computers, a program called XLD is popular. For Windows users, a program called dBpoweramp CD Ripper is popular. dBpoweramp CD Ripper uses a technique called Accuraterip to assure the ripped copy is accurate. It’s also very fast, and can rip to a variety of file formats, including the popular FLAC format.

How to Install dBpoweramp CD Ripper
1. In your browser, go to: www.dbpoweramp.com 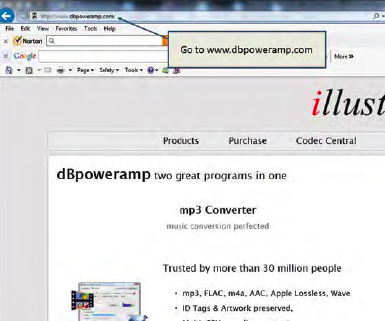 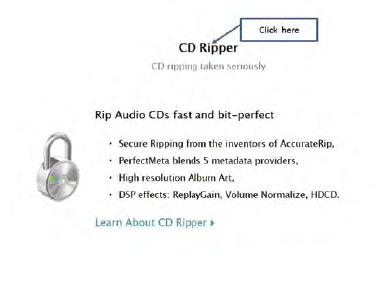 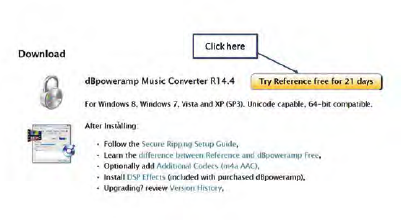 4. Use your browser to download the installation file, which will be named “dMC-R14.4-Ref-Trial.exe.”

6. Follow the instructions on the screen. After the program is installed, you should see the icon on your desktop.

Go to the Ripping guide section below for instructions on using the program.

Choosing a Format for Ripping CDs
There are several file formats popular with computer audiophiles. A very early, if not the first, format was Wave, which has filenames ending in a .wav extension. So a song recorded in Wave format might have a filename that looks like “Stardust.wav.” An AIFF file has the file extension .aif, so a filename would look like “Stardust.aif.” The advantage of the AIFF format, which was developed by Apple Computer, is that it can store more metadata about a song or album. Metadata includes useful information like copies of the album cover art and other data about an album or song.

Both the Wave file and AIFF file are uncompressed formats, so files using those formats take up lots of space on your hard drive. It’s possible to compress files to reduce the amount of disc space needed to store them, without losing any information. Such files are described as lossless compressed files, meaning no information is lost when stored in one of these formats. The two most popular lossless compressed file formats are the Free Lossless Audio Codec, or FLAC file; and the Apple Lossless Audio Codec, or ALAC file. As you’d guess, the ALAC file format was developed by Apple Computer. FLAC files have file extensions of .flac (“Stardust.flac”) while ALAC files have file extensions of .m4a (“Stardust.m4a”). After you uncompress a FLAC of ALAC file, you have a WAV file or an AIFF file. Compressed files may be up to 40% smaller than uncompressed files.

Because storage is so cheap these days, there’s no reason to resort to sonically compromised lossy coding formats such as MP3. These formats intentionally discard information that can never be recovered. The information that was discarded to reduce file size cannot be recovered, and consequently sound is compromised. Examples of lossy file formats are the MPEG Layer III Audio, or MP3 format (“Stardust.mp3”), and the Advanced Audio Coding, or AAC formats (“Stardust.aac”). The AAC format was designed to supersede the MP3 format, but the latter is still far more popular.

So given all this background, which file format should you use when you rip CDs? There’s not really a right answer; WAV files sound great but may not have the metadata you need, AIFF files sound great and have better metadata support, FLAC files take less space and have good metadata support, and ALAC files are similar to FLAC files but used mostly in the Apple world. Most downloaded files will be in the FLAC format. Some people claim uncompressed files sound better than compressed files, but I think that depends on the server. A server program like JRiver Media Center converts compressed files to uncompressed and stores them in computer memory before sending them to your DAC, so there should be no computer overhead involved in sending bitstreams to your DAC. If you have a hardware server, verify what file formats it will play before choosing a format for ripping.

Preparing a CD for Ripping
I recommend cleaning the CD thoroughly so the CD or DVD drive in your computer can read it as accurately as possible. Although it’s possible to have your ripping software attempt to correct any errors encountered when it reads a CD, such error corrections are just educated guesses. It’s better if your drive reads the data on the CD correctly, so a clean CD is essential. My preferred cleaning solution is called Essence of Music; it always maximizes the readability of the CD, and sounds great, too. Feel free to use your favorite cleaning product, but it’s important to clean any CD, even a brand new one, before ripping it. And remember; unlike when you play a CD, when you play a ripped file, you don’t have to clean it again.

1. Click on the dBpoweramp CD Ripper icon to start the program. You’ll see a blank screen with no CD data. 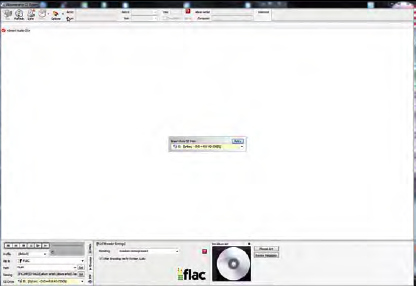 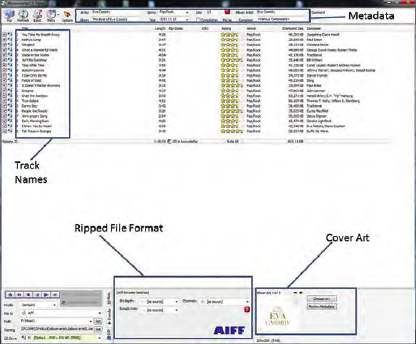 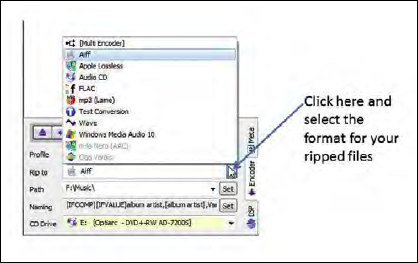 4. Specify where you want the ripped files to go on your hard drive. Click the Set button and browse to the location where you want the files to be stored. Normally, that will be in the My Music folder, but you can choose other locations. dBpoweramp CD Ripper remembers this location and uses it for future CD rips, so you should only have to do this once.

5. Check the Album Art section at the bottom of the screen. Normally the preferred cover art is already displayed, but if you click the Choose Art button, you may see other choices for cover art. If you prefer one of the alternate choices, click on it to select it. 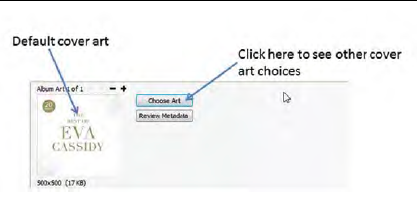 6. Now you’re ready to rip the CD. Click on the Rip button near the top left side of the screen, and dBpoweramp CD Ripper will begin ripping the CD. In the center of the screen, the program shows its progress as it rips each track, together with a report on whether the ripped file matched the one in Accuraterip. If dBpoweramp CD Ripper has trouble reading a track, it may reread it several times. 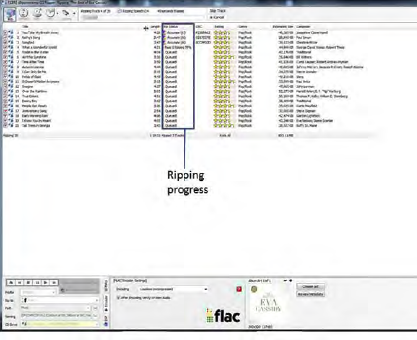 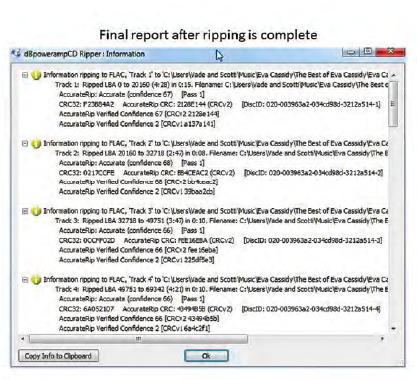 8. If necessary, copy the newly ripped CD files to your server’s hard drive.

9. Listen to your newly ripped music!

Getting Help with dBpoweramp CD Ripper
Illustrate, dBpoweramp’s creator, maintains a forum for registered users. If you ask a question on the forum, you’ll probably get several expert answers. The forum is located at http://forum.dbpoweramp.com.