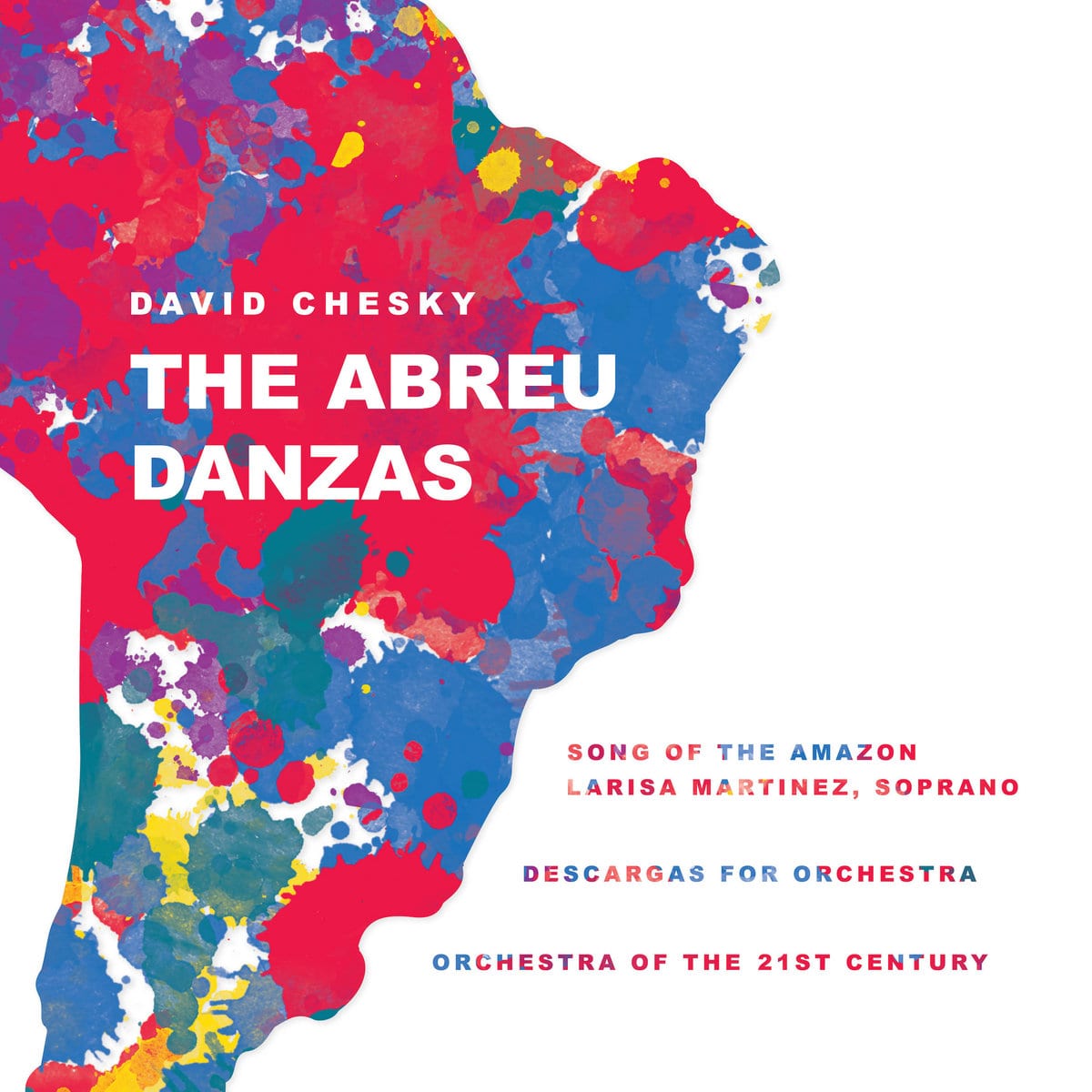 Without naming names, David Chesky makes it pretty clear how he feels about “Holy Minimalism” in the liner notes for this new release: “In classical music, we seem to have adopted the idea that slow, cerebral music is the music of today, but it’s absurd because the world moves in rhythm. Art has to reflect time and culture, and I’m not living up in Finland in the snow, looking at the stars.” Indeed, The Abreu Danzas, a five-movement ballet dedicated to the Venezuelan musician, educator, and politician José Antonio Abreu, is saturated with the energy of a big city, the temperature raised further by the composer’s infusion of Afro-Cuban and Brazilian elements. In evidence are Chesky’s characteristic polytonal harmonic language and his extravagant use of orchestral color. The album is filled out with Song of the Amazon—as evocative of that corner of the world as the best Villa Lobos and exquisitely performed by soprano Larisa Martinez—plus the two Descarges for Orchestra, which channel the substance and spirit of a Cuban jam session. The recorded perspective is fairly distant, which provides an atmospheric spaciousness, though some detail and bass definition is sacrificed.