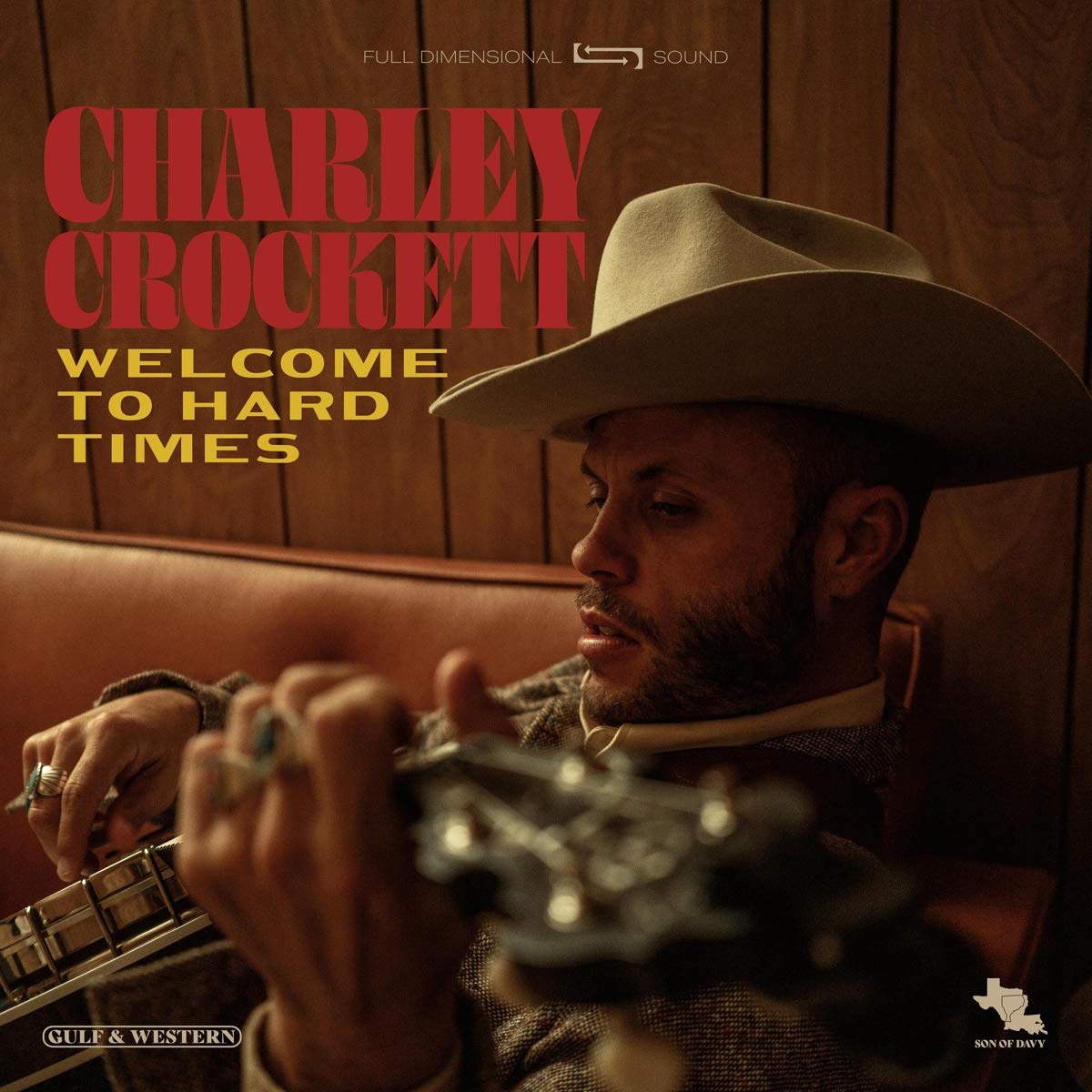 With his vital, vintage style, Charley Crockett delivers Welcome to Hard Times, an inspired, timely reminder of how powerful country music can be. After recovering from open-heart surgery last year, the prolific African-American troubadour set out with producer Mark Neil to make a “dark, Gothic record.” His eclectic blend of honky-tonk, blues, folk, and rockabilly evokes a Nashville sound that harkens back to the late 1950s and early 60s. In fact, the album title intentionally name checks a 1967 Western, and its tremolo-laced guitar, saloon piano flourishes, and cinematic sweep would seem right at home in a spaghetti western. From the retro-realism of the title track, a fatalistic country anthem with a gambling motif, to the careening, western swing of “Run Horse Run,” these emotive songs benefit from spare production and echo-burnished sound. With topical touch, Crockett even covers “Blackjack County Chain,” a Willie Nelson hit single from 1967 that was banned from radio because of its lyrics. Charley sings this prison lament as a brutal but haunting dirge, and the chilling story of a black chain gang killing a Georgia sheriff intensely resonates with renewed ramification today.

Pianist Christian Sands came out of the gate with his […]