For no other reason than word count, there were a couple of loudspeakers that didn’t make my upcoming CES report in TAS but grabbed my attention nonetheless.  Lafleur Audio of Canada demonstrated the robust X2,  a beautifully constructed 2.5 way compact with some sophisticated curvilinear cabinet work that includes an ultra heavy, laminated Russian cherry wood enclosure. It’s enclosure is built in three isolated, vertical sections and features a rubber suspended front baffle that’s secured to the back panel by three rods. The all Scanspeak driver complement includes Revelator mids (2)  and an oversize 1.5-inch ring radiator tweeter. Powered by a chain of Simaudio Moon Series components (Wow these Canadians are a loyal bunch!) tightly controlled images emerged effortlessly within a concisely rendered soundstage. The big dynamic sound and output of the X2 makes it one of many compacts that now compete in a premium category that was virtually non-existent only a few years ago, but now comprises speakers like the Wilson Duette, Magico Mini, TAD Compact Ref 1 and MBL 121. Price: $17,000/pr )


In the out of the ordinary category the Davone Rithm from Denmark makes a clean break from the customary box enclosure and adopts a more naturalistic form. The inverted “V” shape is built from many thin layers of wood (genuine oak or walnut), each layer bonded with glue, a well-known feature that dissipates energy and helps damp vibrations. Its unique non-linear shape  also assists in reducing internal reflections. A single coaxial transducers with an 8-inch midbass and 1-inch tweeter combined to provide an inviting warm sound.  Not very tall, it offered terrific sound in what may be a new category; Lifestyle-high-end. Price: $5500. (Pictured below left with Davone’s Paul Schenkel) 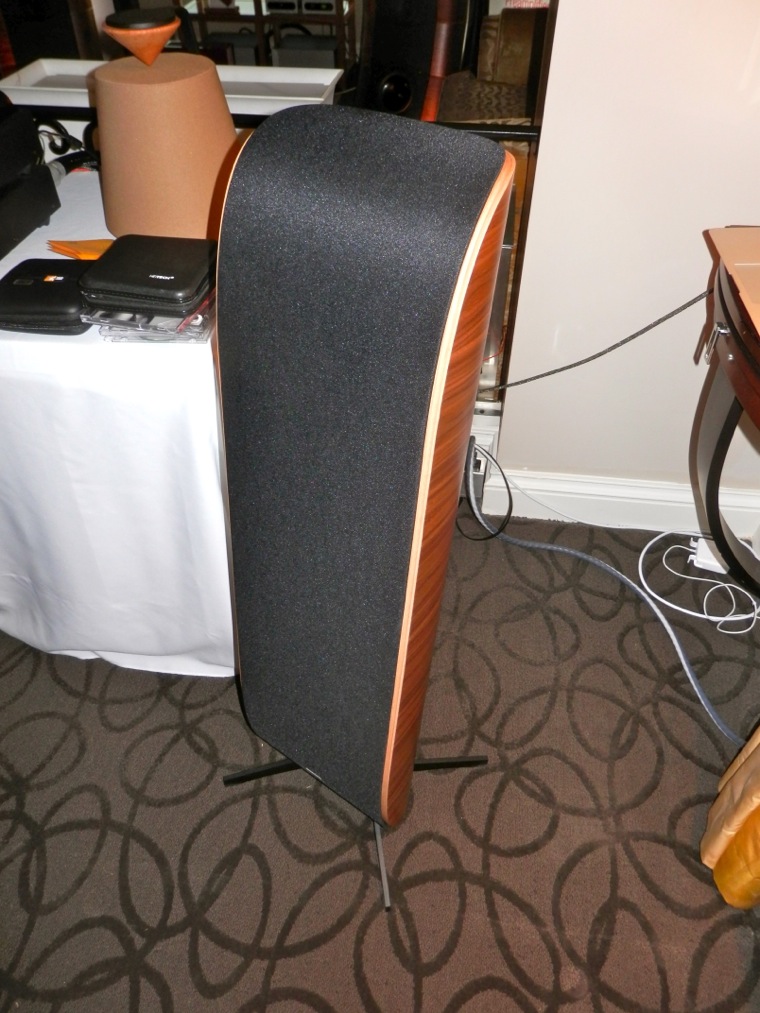