Catching up with Kip Hanrahan

When Kip Hanrahan released Desire Develops an Edge in 1983, listeners in its orbit were quick to recognize a masterpiece, and that album significantly increased his visibility. Like his debut LP (1981’s Coup de téte) and every record since, Desire Develops an Edge features a dense mixture of rhythms, different styles of jazz, and both Latin American and African music…for starters. Hanrahan’s quintessentially urban music especially evokes New York City, where different races and cultures mash up against each other every day on crowded, restless streets. Darkly romantic-erotic lyrics seem to explore the tension between lovers one can easily imagine conversing in brownstone apartment buildings late at night, their rooms filled with shadows and memories of (or anticipation of) sexual passion that, if I’m interpreting correctly, never seems entirely satiated. 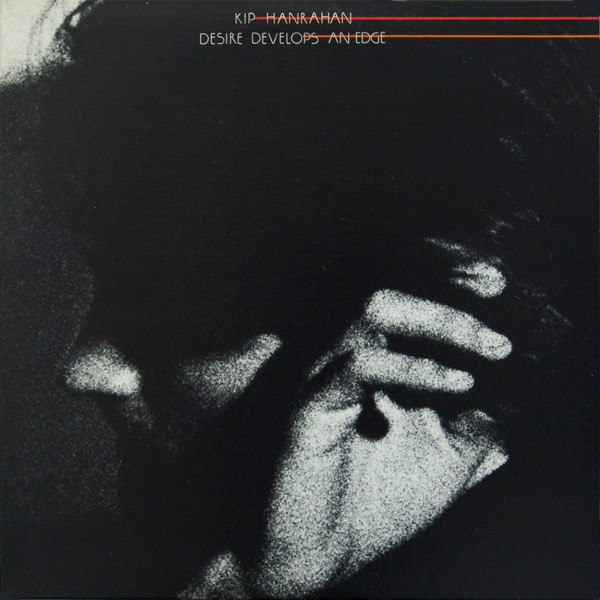 Although personnel changed from track to track, key collaborators on Desire Develops an Edge and other early works by Hanrahan included Cuban drummer Ignacio Berroa and No-Wave pioneer Arto Lindsay, whose scratchy, untuned electric 12-string guitar slipped a little East Village edge into the mix. Also on tap was Steve Swallow, whose arrangements and colorful statements on electric bass continue to be a key component of Hanrahan’s sound. The wild card during this early period (and intermittently thereafter) was the late Jack Bruce, whose late 60s work with Cream made him a rock superstar. By 1983 Bruce’s voice had aged some, and his deeper, more weathered-sounding vocals were the perfect match for the brooding persona created by Hanrahan, who, though a percussionist, actually plays very little on his records, instead seeing his role as an auteur who (along with writing words and music) shapes how the music is played and sung, with results so distinct and personal that his music is instantly recognizable.

Hanrahan has continued to make records since Desire Develops an Edge, and the results are consistently compelling. If, during the 1980s, he got coverage in high-profile music magazines and sold well for someone whose music ultimately defied categorization (terms like “World Music” and “genre-bending” actually seem quite silly in this case), more recently he has, like so many musicians who established a foothold during a period when innovative music received more recognition, dipped under the radar, and for years my attempts to contact him proved elusive. Recently, though, he agreed to a phone interview that immediately turned into a verbal thrill ride, as Kip Hanrahan’s relentlessly probing conversational style is marked by a rapid-fire delivery, his serpentine sentences packed with quick asides and a long chain of connections, yet ultimately swerving back to the topic at hand. As it turns out, while his comments helped create a condensed overview of his work, we were also able to discuss his new album, Crescent Moon Waning, which adds yet another unique installment to his discography. 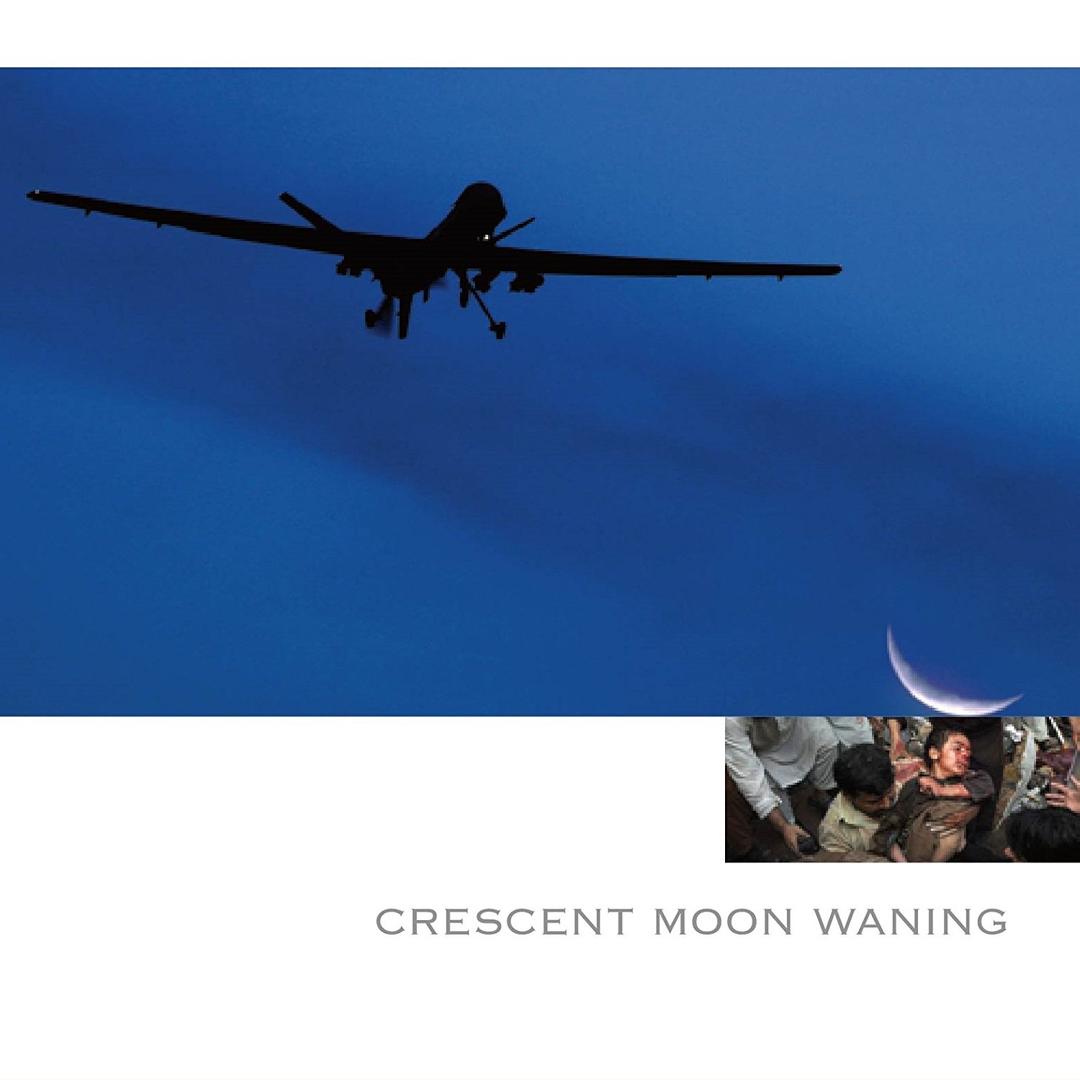 Our conversation first addressed the period when Desire Develops an Edge began to take shape. Prior to that time Hanrahan hadn’t locked into a singer to handle the primary vocal duties for an album, as not every vocalist was prepared to tackle Hanrahan’s idiosyncratic lyrics or his unique creative process. The lead singer of a rock super group might seem like an unlucky prospect to fill those shoes, but there was more to Jack Bruce than Cream, a band that, in the deeper analysis, might seem more like a two-year tangent than the centerpiece of his career—and in fact Hanrahan’s motivation for seeking out Bruce had nothing to do with his rock creds.

“The reason I thought of Jack, the reason I knew that Jack existed was because of Carla Bley,” Hanrahan said. (From 1971, Bley’s Escalator over the Hill is the most well-known collaboration between Bley and Bruce.) There were no guarantees, when Bruce first stood behind the mic during an early recording session for Desire Develops an Edge, that he’d be able to navigate the technical and emotional demands of Hanrahan’s music.

Even a casual first listen to Desire Develops an Edge reveals that Hanrahan found the right vocalist for the project—so you can understand why, during the early recording sessions, an international mix of musicians expressed amazement at how well his vocals suited the music.

“The players who were taken by Jack, they weren’t jazz players or rock, and they had no idea [who he was],” Hanrahan said. “It was completely unaffected.” 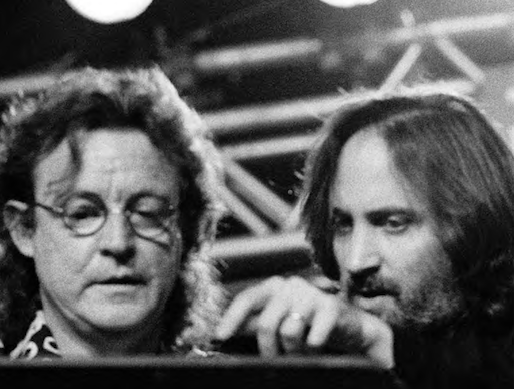 Due to creative and personal friction, Hanrahan had an on-again/off-again musical partnership with Bruce. Hanrahan has maintained a less volatile relationship with another bass player, Steve Swallow, whose work with Carla Bley also appealed to Hanrahan.

“There’s nobody with a greater command of music theory,” Hanrahan said of Swallow, whose talents as an arranger include converting musical sketches into compelling music. “He takes something interesting and maybe beautiful but primitive and maybe off-center and transforms it overnight into something that trained musicians would say, ‘This is amazing.’”

Another bass player Hanrahan is quick to praise is Fernando Saunders, a long-term collaborator whose exquisite tone on electric bass is a characteristic he shares with Swallow. (Saunders is also a go-to vocalist for Hanrahan). As further confirmation of his fascination with the instrument, Hanrahan sometimes includes two or three electric bass players on one song, with one helping to lay the foundation while the others act more as colorists. Hanrahan’s affinity for the bass also extends into composition.

“When you compose, you can always tell what instrument the thing’s composed on,” he said. “There are some beautiful musicians who’ve played piano, but I can’t stand the instrument because you’re always drawn to use ten fingers, and you know a piece that’s been composed on piano because you can’t resist the way fingers move and the way you hear notes move on a piano. For me the best instrument to compose on is bass because you see the triad from a distinct place. Something about people who are drawn to bass is just fantastic. Even if Jack [Bruce] would compose on the piano, the fact that he was still seeing the piano from the bass up changes things.”

With a discography that includes 15 albums as a leader, Hanrahan has worked with dozens of singers besides Jack Bruce, including Brandon Ross, Fernando Saunders, and Sting. After writing some lyrics for a song, Hanrahan sends demo tapes to potential vocalists, but the song is still a work in progress. “You write for them not necessarily for the timbre or for the range, but for what you know of their personality,” Hanrahan explained, “and you change the words and you rewrite it for that.”

Increasingly Hanrahan has worked with female vocalists, a move that has added new depth to his music. When asked about that development, Kip said, “My wife Nancy gave me a challenge because all of the stuff I was writing up until a certain point was from a very male point of view, and at one point Nancy was saying, ‘I don’t think you can write for a woman.’” Here Hanrahan gives the credit to his collaborators, asserting that, when it comes to interpreting his musical ideas, “Carmen Lundy and a few other women definitely pick it up. If I didn’t have people like that to work with it would have been a disaster.”

The list of female singers Hanrahan has collaborated with (including Lisa Herman, Molly Farley, Diahnne Abbott, Erica Larsen, Carmen Lundy, and Lizz Wright) confirms that gender only begins to describe these musicians, as this is a very diverse group of vocalists. On Hanrahan’s new album, Crescent Moon Waning, the vocals by Xiomara Laugart, Jennifer Hernandez, Lucia Ameen, Lucy Penabaz, and Senti Toy continue to stretch the canvas. Return long-term collaborators on the project include Brandon Ross on guitar and vocals and Fernando Saunders on bass and vocals. The late saxophonist Charles Neville also participated in the session; when I spoke to Hanrahan, he was preparing to visit, for the last time, his ailing long-term musical partner. A new collaborator is tenor saxophonist JD Allen, whose Americana LP Hanrahan considers one of the best albums of the last ten years. If some Kip Hanrahan recording projects can be compared to a house repeatedly built, torn down, and rebuilt, the reworking on Crescent Moon Waning was particularly extensive.

“The first two days in the studio we had some tracks perfectly down, and I hated it,” Hanrahan explained. “I said to Steve [Swallow], ‘There’s no music there. For the next two years we have to deconstruct what we just played perfectly,’ and that’s exactly what we did. But they’re my buddies in spite of the eye rolling and in Robbie’s case screaming, ‘Why do you make me unplay it perfectly?’” So it took a long time.”

That may sound like a lot of toil, but the upside is that during the sessions that took place over two years enough memorable music was recorded to warrant several upcoming albums. In fact, Kip has plans to release from those dates “between four and six records of finished pieces—they just didn’t fit the way the record [Crescent Moon Waning] breathed or asked to breathe.” This is welcome news, confirming that this musician who has always managed, in the truest DIY fashion, to assemble a remarkable mix of musicians from radically different backgrounds, will continue to share music that combines heady musical ideas with very passionate performances