Catching Up with Ferit Odman

Many music fans discovered the drummer and band leader Ferit Odman in 2016, when his all-analog vinyl LP Dameronia with Strings impressed both audiophiles and jazz lovers. The record combined pristine sonics with performances that explored the intricate arrangements and rich harmonies of Tadd Dameron. As many TAS readers know, the album went out of print almost immediately. In order to amend that situation and give listeners a fuller appreciation of Odman’s artistry, Equinox is now releasing The Vinyl Collection, a beautifully packaged three-LP vinyl compilation that includes Dameronia and the two Odman releases that preceded it.

While some drummers struggle to find their own direction as a band leader, this new box set demonstrates that Odman, who lives in Istanbul, Turkey, quickly got over that hump. From 2010, Nommo was a focused and swinging quintet date in the spirit of Art Blakey’s Jazz Messengers. Another quintet session, 2011’s Autumn in New York, was that much more lyrical, the ballads on the date including a stellar reading by trumpeter Terrell Stafford of the Vernon Duke title track. Stafford is the primary soloist on 2016’s Dameronia with Strings, where a jazz quartet is joined by a string sextet, adding an extra splash of color to Odman’s sound. Mastered from tape by Ryan C. Smith at Sterling Sound and pressed at Pallas, Dameronia was one of the best jazz albums of 2016 and it sounds great.

An Odman fan since Dameronia, I was eager to learn more about this in-demand musician who’s also an audiophile. I quickly learned, during a series of emails with Odman, that jazz got in his blood at an early age.

“It’s all about my father,” he explained. “He did his MBA at Wharton School back in the early 60s, and all that live jazz that he heard in Pennsylvania traveled all the way to my childhood in Turkey through his LPs; a whole lotta Cannonball Adderley and Coltrane was spinning in our crib!” 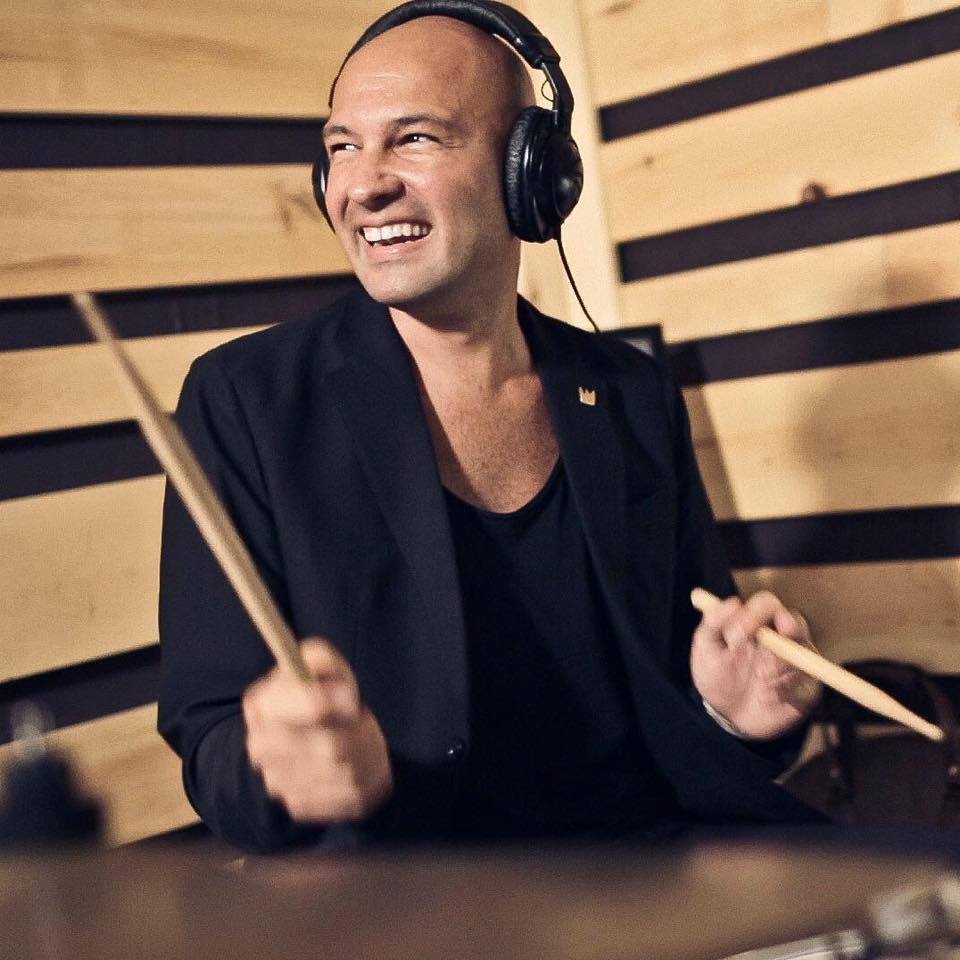 Likewise, Odman has long had a passion for good sound. “Both musically and sonically the late 50s and 60s Blue Note recordings engineered by the great Rudy Van Gelder have always been my favorite records,” he wrote. One reissue drew particularly high praise. “The one-sided 45-rpm clear vinyl version of Cannonball Adderly’s Somethin’ Else by Classic Records has become my favorite edition of that record,” Odman wrote. “I think the mastering is exceptionally good, projecting the studio environment quite well.” As you might expect, Odman is a passionate record and CD collector. His recently updated stereo system includes a Jadis Orchestra tube amp, a Kuzma Stabi turntable with a Stogi Reference 313 tonearm, a Soundsmith Carmen cartridge, an iFi Audiod, iPhono 2 phonostage, B&W CDM 1NT speakers, and Cardas Audio Cross phono cable.

It makes sense that someone with a penchant for great sound would want this reflected in his recordings. All three albums on The Vinyl Collection offer clean, detailed, natural-sounding recordings. Discussing Dameronia, Odman wrote, “I really wanted to reflect that feeling and sound we hear in the studio truly to the listeners. That’s why I decided to record my last album all analog to tape, so you’re hearing what we played that day without any edits or modern postproduction magic.”

Drummers don’t always make good band leaders, but Odman has had a sure hand from the start. “I think some people are leaders by nature,” he explained. “I’m a ‘doer’ type of guy; I have a tendency to organize stuff around me, and I also enjoy radiating good vibes and love.” Good band leaders surround themselves with the right musicians, and Odman tapped Terrell Stafford as well as saxophonist Vincent Herring for two sessions and bassist Peter Washington for all three albums. “If there is a bass god, that would be Peter Washington,” Odman wrote. “He is jazz history himself, having played with Art Blakey, Tommy Flanagan, Dizzy Gillespie, Cedar Walton, and countless others.”

The two composers whose works appear most often on Odman’s records—James Williams and Tadd Dameron—are both pianists with a lyrical touch. “I feel a deep connection with James Williams and his beautiful compositions,” Odman explained. “The same thing goes for Tadd Dameron, the romanticist of the bebop era. I want people to hear those beautiful melodies and harmonies during these troubled times. As Dameron once said, ‘There is enough ugliness in the world; I’m interested in beauty.’ Music is the best way to spread that beauty.”

I should add that this drummer doesn’t use his “leader” status as an excuse to overplay. On the YouTube videos that show Odman recording Dameronia in the studio—well-shot footage that I recommend even if you’ve heard the album—you’ll see how he can galvanize a band or, during the more intricate and heavily-arranged sections, add just the right colors. A born leader, a versatile drummer, an audiophile—what’s not to like about Ferit Odman?