In 2017, Bowers and Wilkins held a major press event in Boston to trumpet the latest iteration of its 700 Series speakers. As the pre-audition briefings made clear, the new models shared many design approaches with the brand’s significantly more expensive 800 D3 Series. Further, in an effort to match the 800’s performance as closely as possible while still hitting a more affordable price point, B&W had given the new line’s parts and materials a serious re-think backed by a significant investment.

The result, evident to all attendees, was that B&W had succeeded brilliantly. Each new 700 model made an indelible impression. The sound quality was what you’d expect from speakers costing far more, even when the 700s were driven by modest electronics. I wrote then that B&W had hit a bull’s eye, and future individual-model reviews in TAS confirmed those initial impressions.

Now, intriguingly, B&W has announced two Signature models within the 700 Series: the stand-mounted 705 Signature and the floorstanding 702 Signature. For those not familiar with the Signature nomenclature, know that B&W reserves it for very special projects. Indeed, there have only been a handful of Signature offerings in the company’s half-century history. Although those speakers varied widely in concept, all Signature products have been characterized by two defining factors: envelope-pushing technology and lavish aesthetics. In precisely those veins, the latest Signature models feature parts and design upgrades enclosed in a gorgeous exotic-wood cabinet.

More specifically, both Signature models are clad in what B&W calls Datuk Gloss, an exotic wood sustainably sourced from Italian specialist Alpi. Because these are custom-finished, real-wood veneers, no two pair of Signature speakers share the same grain. B&W takes these planks and applies nine coats of finish to deepen their luster. As you can plainly see from the photos, the results are striking. 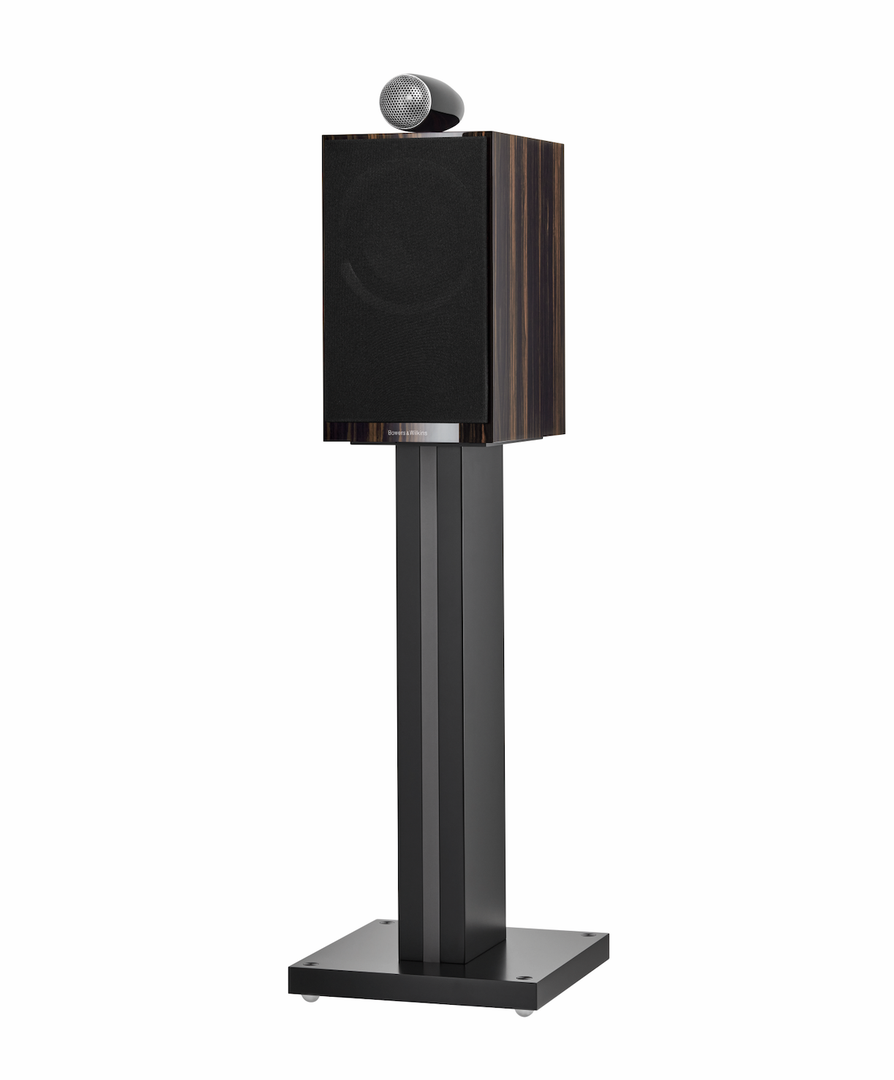 As for the new parts, in something of a surprise they don’t extend to the drivers or the cabinet structures. During the virtual press event that launched the Signature models, B&W engineers opined that in these areas the standard 700 Series, the product of eight years of R&D, remains quite new and state-of-the-art. Thus, the Signature speakers retain the carbon-domed tweeter housed in its own solid-aluminum assembly, the Continuum midrange, and, in the case of the 702, the Aerofoil cone woofers. The highly-braced cabinets also carry over.

So what changed? B&W found significant upgrade opportunities in the crossovers. Bypass capacitors are now specially treated Mundorf units, heatsinks are larger, signal paths are shorter, and the 702’s LF capacitor is built to a higher spec. The goal, obviously, wasn’t to completely revamp the standard 702 and 705 models; instead, B&W sought to get the most out of the good bones already there.

B&W says the modifications “improve the already-remarkable resolution, openness, and spatial retrieval on offer, lending an even more polished, refined, and involving sound.” We’ll test those claims soon, since Neil Gader is slated to receive one of the first pairs of the 702 Signature.

Both Signature models will be available at B&W dealers in July. The 705 Signature will sell for $4000 per pair (the speakers are sold only in matched pairs), compared to $2500 per pair for the standard 705 S2. Meanwhile the 702 Signature will come in at $6500 per pair, a $2000 increase over its non-Signature equivalent. On a percentage basis, these are significant price upticks; yet the Signature models’ prices still hew to the affordability mission of the 700 Series.

Acquisition Possibility
Buried within the virtual press conference was a one-sentence allusion to something that could affect B&W’s future far more than the new Signature models. B&W CEO Geoff Edwards confirmed that his company is in serious talks with Sound United, the global audio consortium that owns Denon, Marantz, Polk, Definitive Technology, and others. If the discussions bear fruit, Sound United would purchase B&W in full, adding the venerable British firm to its burgeoning portfolio.

Though Sound United has never discussed this publicly, there’s nothing surprising about its interest in acquiring a premium speaker brand. In 2018, the company bought Canadian electronics-maker Classé Audio, its first truly high-end brand. At that time, it was obvious that Sound United had no corresponding speaker offering under its primarily mid-fi umbrella. So the question wasn’t whether Sound United would buy a top-shelf speaker company, but which one.

If the deal goes through, Sound United will have nabbed one of the world’s largest and most respected speaker brands—an ideal complement to Classé. Indeed, the two companies were previously related, both having been part of Equity International. If the deal goes through, B&W will benefit from solid capital backing, greater economies of scale when buying parts, and, for at least some of its products, Sound United’s extensive dealer and support network. At the press event, B&W’s Edwards indicated the deal could be completed as soon as July. We’ll keep you posted.