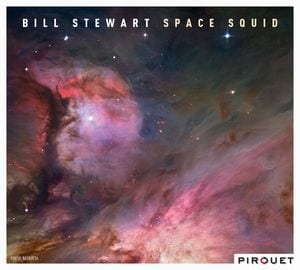 This innovative drummer, a role model for young players coming out of jazz schools and conservatories over the past two decades, has showcased his penchant for polyrhythms and melodicism as sideman to the likes of Pat Metheny, John Scofield, Lee Konitz, and Joe Lovano. On his sixth album as a leader, Stewart is accompanied by frequent collaborators Bill Carrothers on piano, Ben Street on bass, and Seamus Blake on saxophones. They strike a laid back accord on the opener, “Paris Lope,” then head into the collective improv zone on the spacious “End of Earth,” which allows the drummer to explore freely with mallets and cymbals over a rubato pulse. “Tincture” and “Dead Ringer” both feature the quartet swinging persuasively, paced by Stewart’s signature method of cutting up the beat in a myriad of unexpected ways. They investigate boogaloo rhythms on the earthy “Happy Walk,” then tread lightly on the delicate, ECM-ish “Drop of Dusk.” Stewart reveals some alluring brushwork on his “If Anyone Asks You” and the standard “Dancing in the Dark,” and he slams with authority on the driving title track. Echoes of Elvin Jones, Roy Haynes, Joe Morello, and other jazz drumming royalty abound on this superb outing.