By choice, I’ve been listening to music through DACs made by Berkeley Audio Design for more than ten years. The company’s first product, the $4995 Alpha DAC, launched in 2008, was easily the best-sounding product anywhere near its price. Then the Alpha DAC Reference, introduced in 2014, raised the bar by establishing a benchmark against which all other DACs could be judged, regardless of price.

The Alpha DAC Reference Series has undergone several upgrades over the years, including better filtering (via a software update), the addition of MQA decoding, and other refinements. The new Series 3, however, represents the largest change in the product’s history and its new conversion hardware can reportedly reveal more of the information recovered by the extremely low-phase-noise Reference Series conversion clocking. The Reference Series 1 and Series 2 required hours of manual alignment and listening by the designer, the brilliant Michael “Pflash” Pflaumer. This production bottleneck created frustration in the market; the Alpha DAC Reference Series was frequently backordered for months. Because of its greater resolution potential, the Series 3 would require even more alignment and listening time using existing production methods which made it appear impossible to produce. As a result, Pflaumer spent over six months designing a new alignment protocol that realizes greater alignment precision and repeatability with much less hand-tuning. Berkeley is notoriously tight-lipped about the technology in its DACs, so that’s all the detail they would provide. The chassis, features, and operation are the same as in the Series 2, and the price has increased from $19,995 to $22,000. (For more detail on the design and features, see my reviews of the Series 1 in Issue 246 and the Series 2 in Issue 279.)

Berkeley sent me an early Series 3 that I’ve been using for a few months, and then recently a full production version now that the product is shipping. I’m happy to report that the Series 3 takes the already stellar performance of the Series 2 to new heights. The biggest difference is that the new DAC has greater dynamic verve and is more expressive rhythmically. The bass is tighter, more articulate, and texturally detailed. Snare drum has a greater sense of a sudden explosion of energy—a quality that goes a long way to making the Series 3 more upbeat and viscerally compelling. The sound is more vibrant, open, and lively but without any attendant increase in brightness or listening fatigue. 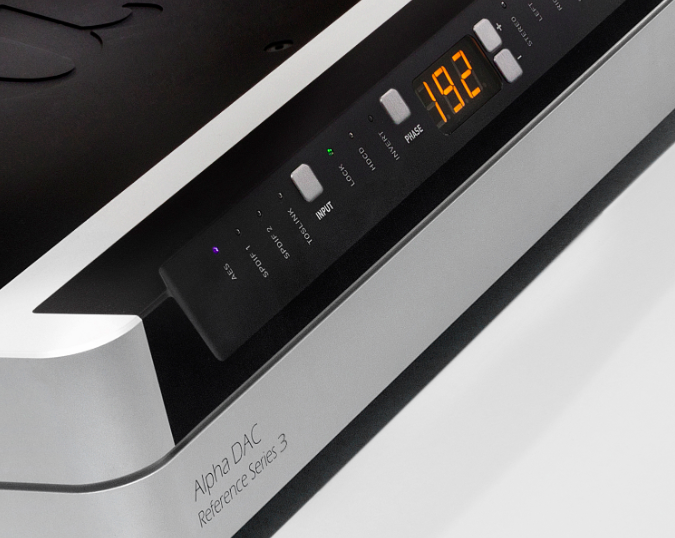 A hallmark of the Reference Series has always been its musically rewarding combination of high resolution and a low noise floor. The Reference DAC exquisitely reveals musical detail, but in a way that doesn’t call attention to itself. Rather, the presentation is densely textured and infused with a wealth of the finest microstructure of instrumental dynamic, timbral, and spatial cues. The Reference’s ability to reach way down to unearth the subtlest detail is partially responsible for the DAC’s astounding sense of space (if the recording contains such cues), air around instrumental outlines, the instruments within an acoustic, and the way an instrument’s dynamic envelope expands. Despite the Reference DAC’s massive resolving power, it’s as far from analytical as you can get. I attribute this to the DAC’s extremely clean rendering of midrange and treble timbres and complete lack of glare and grain. In addition, transients are sudden and powerful, but without the glassy edge that often accompanies steep attacks (particularly the initial sound of a piano’s hammers striking the strings). All this is presented against an astonishing low noise floor, which serves to unmask the fine micro-details I’ve described. With less accomplished DACs, it sounds as if a whole layer of very low-level information has gone missing. That omission renders timbres less vivid and realistic, the soundstage less spacious, image placement within the acoustic murkier, and the air around instruments and voices less tangible. No other DAC I’ve heard can match the Reference Series in these qualities. The new Series 3 builds on this foundation, taking the resolution up a notch and presenting an even greater sense of top-end air and extension, while also maintaining the sense of ease that is one of the DAC’s defining characteristics.

The Series 3 is an upgrade over the Series 2, which is saying a lot. In resolution, noise floor, and liquidity, the improvement is minor sonically but still musically significant—the Series 2 was already the state of the art in these areas, in my view. But the Series 3’s deeper bass, wider dynamic expression, superior bottom-end articulation and textural resolution, and enhanced top-end openness are clearly major advances.

The Series 3 extends the Alpha DAC Reference’s status as the ne plus ultra in digital decoding, and will remain at the front end of my reference system.