Bela Fleck: Throw Down Your Heart: The Complete Africa Sessions

Throw Down Your Heart: The Complete Africa Sessions 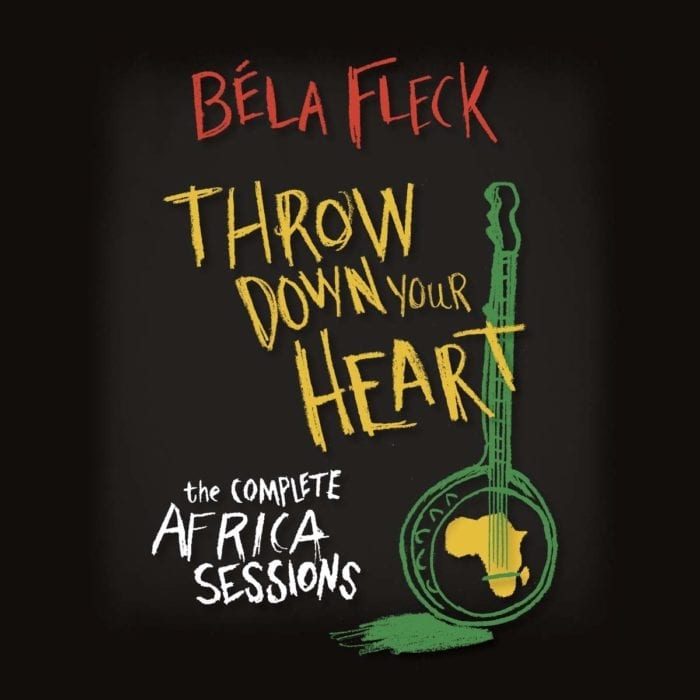 Bela Fleck’s musicianship and seemingly endless musical curiosity have made him a household name among acoustic music fans. He was a founding member of the New Grass Revival, whose approach to bluegrass broke new ground and helped build a wider audience. Since then Fleck has gone on to collaborate with a long list of musicians, including Chris Thile, Yo-Yo Ma, and Abigail Washburn. His 2009 release Throw Down Your Heart found Fleck collaborating with African musicians in more than a dozen different combinations, and the album was quickly praised for connecting the banjo to its African roots. A 3-CD/1-DVD release, Throw Down Your Heart: The Complete Africa Sessions contains the original 2009 release, a documentary about Fleck’s journey to Africa, and some new recordings that combine Fleck with kora master Toumani Diabate. Recorded in Mali, the session reminds me of Ry Cooder’s seminal recording, Meeting by The River, with Pt. Vishwa Mohan Bhatt—the two musicians are equal creative partners. Fleck’s sessions with Toumani Diabate are also available as a separate two-LP package titled Ripple Effect. Either way, you can’t go wrong.