AXPONA 2016 bore some resemblance to that scene in Yellow Submarine where, as John, Paul, George, and Ringo wander down a hallway, every door they open reveals something new and unexpected. For three days at the Westin O’Hare in Rosemont, Illinois, each listening room (and there were many) had a one-time-ever grouping of music lovers checking out everything from sonatas and partitas to raunch ’n’ roll on equipment that ranged from starter material to six-figure gear.

One door I opened led me into a room where I heard a cello that seemed so lifelike I thought this must be live—and (although it was easy to be fooled in this relentless battle for aural realism) in this case it actually was a live performance. The cellist in the Audio Note room was Vincent Bélanger, whose Là is a 2011 release on the Fidelio label. For the remaining songs Bélanger soloed over backing tracks on the stereo. That intimate and goose bump-inducing performance, merging live performance with a realistic recording and high-end stereo equipment, seemed to symbolize the event in general. Musicians, recordings, music labels, and stereo equipment are all intertwined, and this event brought those elements together.

I’m happy to report, then, that when I arrived on early Friday afternoon, already there were enough people running from room to room that to AXPONA veterans Friday seemed like a Saturday—and on Saturday the crowds were that much thicker. The hallways and listening rooms were constantly abuzz with music lovers, and the Marketplace, where music media and different accessories (record cleaners, headphones, a disc flattener, etc.) were sold, did a brisk business for all three days. With so many choices, many event-goers confessed to spending a lot more money on music media than they originally predicted. 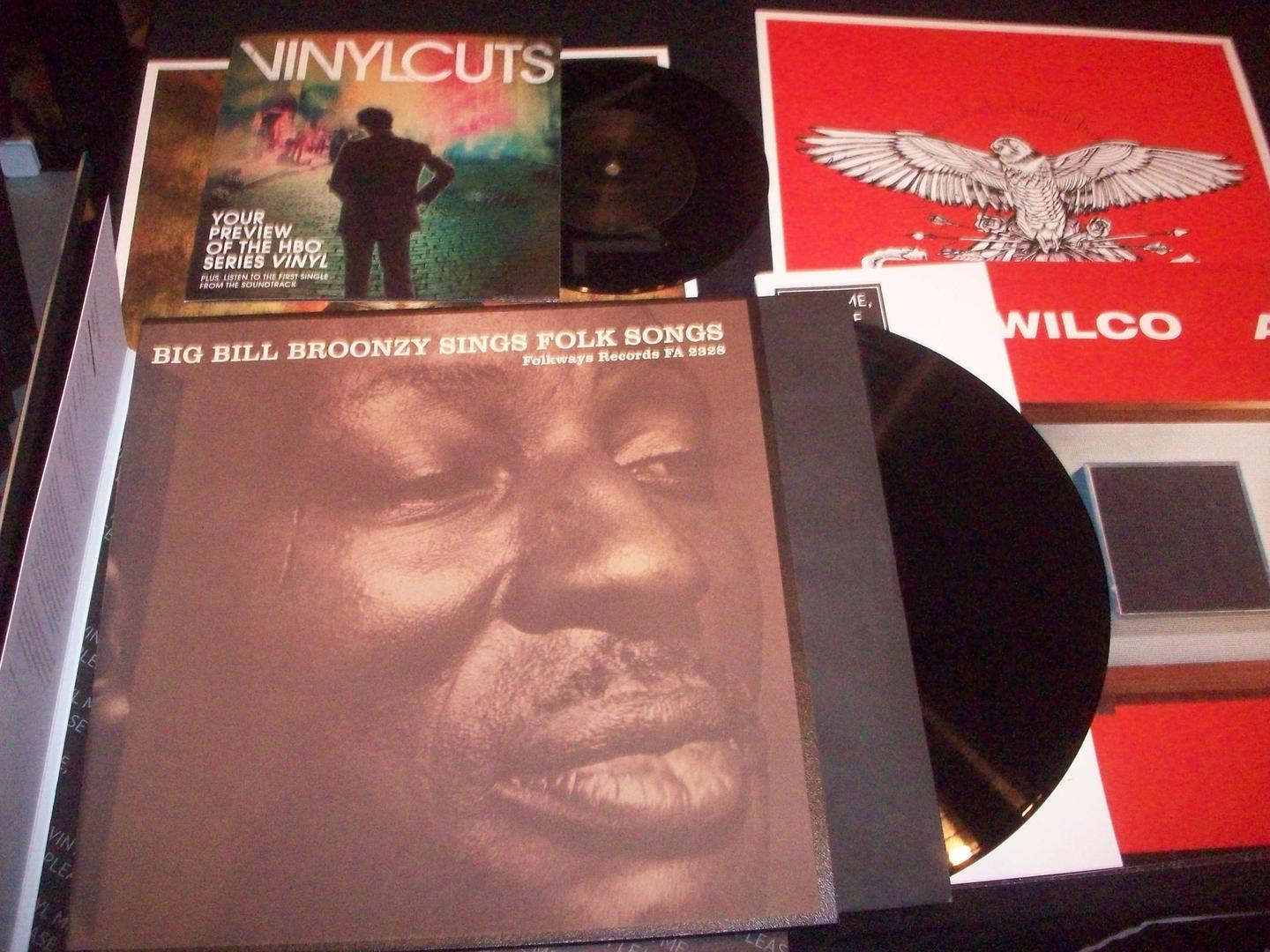 First-time AXPONA vendors Vinyl Me, Please brought their mixture of youthful energy, marketing savvy, and judicious curating to the Marketplace. Surely most readers witnessed the social media barrage for this subscription service that every year offers 12 diverse and carefully-chosen releases. Those efforts bore fruit, and this, their first year at AXPONA, was so successful that Vinyl Me, Please said they’ll definitely return. Recent entries in their monthly genre-hopping series include records by Lee “Scratch” Perry, Wilco, and Big Bill Broonzy. The label has an eye for anything-but-generic choices that well warrant a reappraisal, a recent example being Wilco’s overlooked alt-country classic A.M. 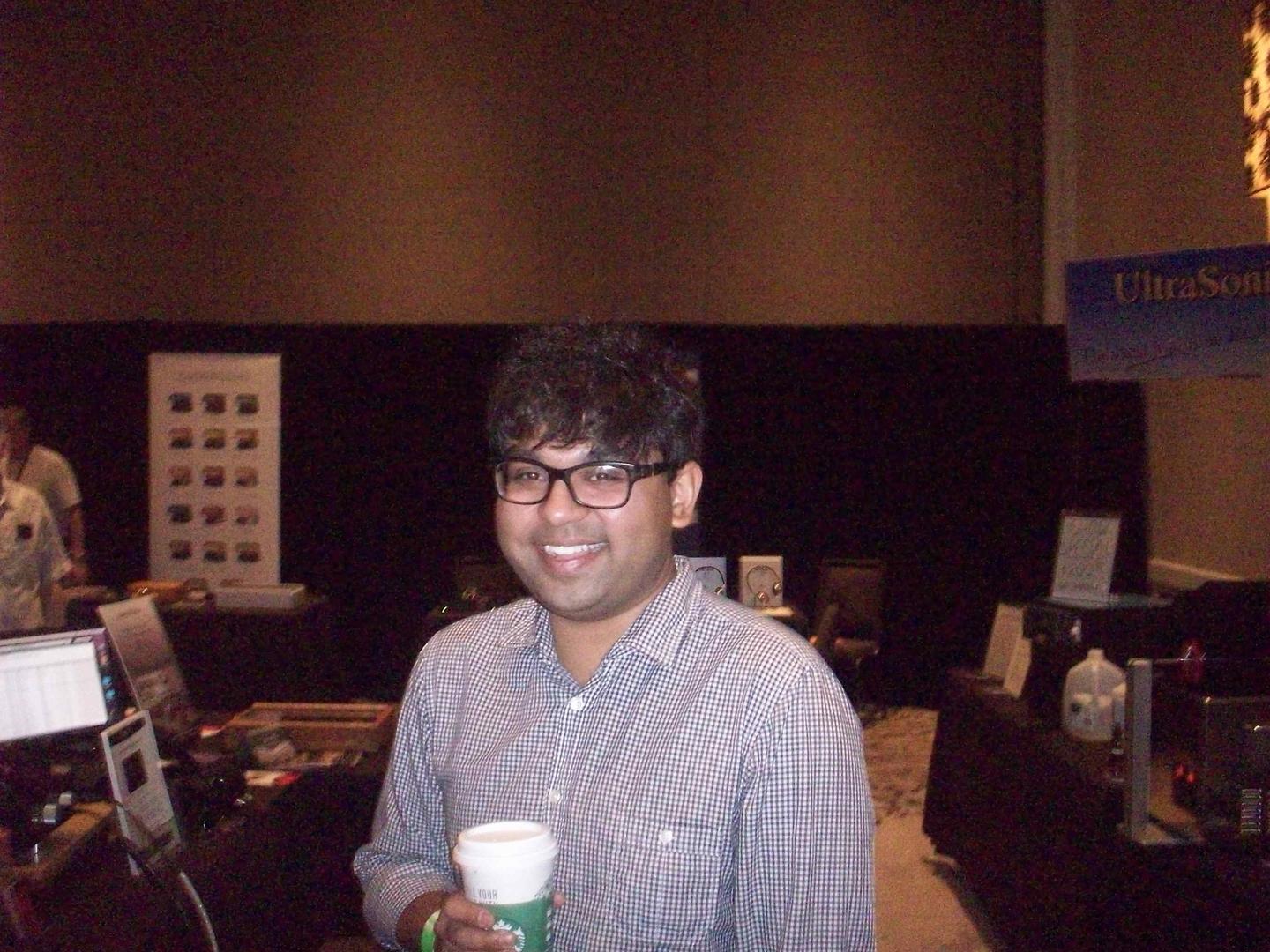 It seemed fitting that while I chatted with Vinyl Me, Please employees, Pavan Bapu should join the conversation. Bapu is the young co-founder/CEO of Gramovox, whose audio products include vertical turntables. Like Vinyl Me, Please, Gramovox is a new company—its first product, the Bluetooth Gramophone, appeared in 2013. Both companies have young, small staffs and quickly attracted a young clientele. “A majority of our consumers are between 25 and 45,” Bapu said. “They’re getting into vinyl for the first time. Also, there are also those people who gave up their records but want to come back to it.” Gramovox’s stylish designs add to its broad appeal, as their equipment would look as good in an upscale penthouse as in a dorm room. 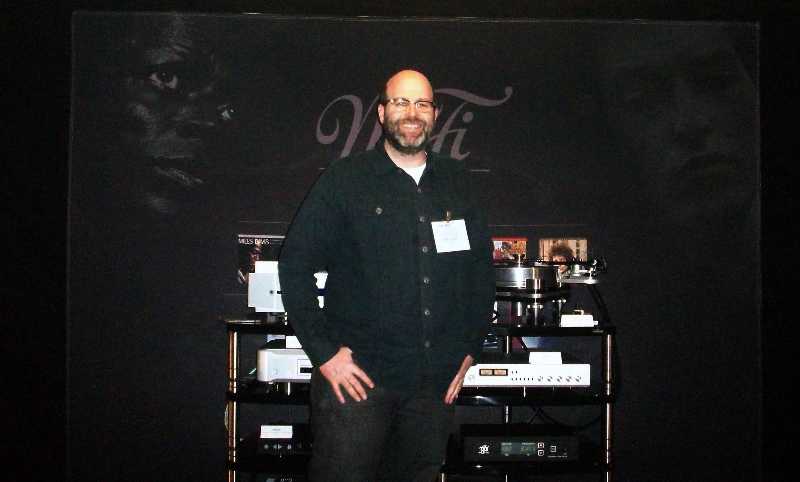 AXPONA isn’t just about budding entrepreneurs. Mobile Fidelity, whose LPs and SACDs were prominently displayed in the Marketplace, are veterans who keep setting the bar higher. In the Music Direct listening room upstairs, vice president Josh Bizar played a test pressing of an upcoming Mo-Fi release of Santana’s Abraxas that, by cutting records straight from the lacquer, removes two of the loss-y steps of the plating processes, and by doing so captures a sound much closer to the original master tape. “Once that original lacquer blows,” Bizar explained, “you can’t make any more. But no one makes a million records anymore, so it doesn’t matter.” When I listened to “Black Magic Woman/Gypsy Queen,” the detail was remarkable, the intricate percussion work of Jose “Chepito” Areas and Michael Carabello coming through with a clarity I’ve never experienced before. In the same room I heard another test pressing when Philip O’Hanlon from On a Higher Note dropped the needle on what’s primarily an acoustic Vanessa Fernandez album of Led Zeppelin covers, When the Levee Breaks, on its way from Groove Note; notable sidemen on the project include veteran drummer Jim Keltner.

Acoustic Sounds was busy nonstop, with the Analogue Productions two-LP 45rpm platters in particular drawing a steady stream of audiophiles. Chad Kassem informed me that Acoustic Productions had some vinyl in the pipeline as well, including upcoming releases by Otis Redding, Dr. John, and Linda Rondstadt. Elusive Disc reported that every copy they brought of Santana IV and Ferit Odman’s Dameronia with Strings sold out quickly. Jazz vocalist Lyn Stanley was on hand to sign and discuss her CDs, SACDs, LPs, and reel-to-reel tapes. In a little over three years Stanley has definitely made her presence felt in audiophile and jazz vocal circles. Bernie Grundman has been the mastering engineer on all three of her albums, with Al Schmitt mixing. While talking to a packed room about her latest album, Interludes, Stanley discussed some of the variables involved—the contrast between pianists Bill Cunliffe (stays in the background) and Mike Garson (more interactive), for example. Her cover of Led Zeppelin’s “Whole Lotta Love,” she explained, was just a loose run-through that, when played back, made fine-tuning seem superfluous. Her talk was so illuminating that I’ve returned to Interludes with a fresh appreciation. Look for Andrew Quint’s interview with Stanley in Issue 265. 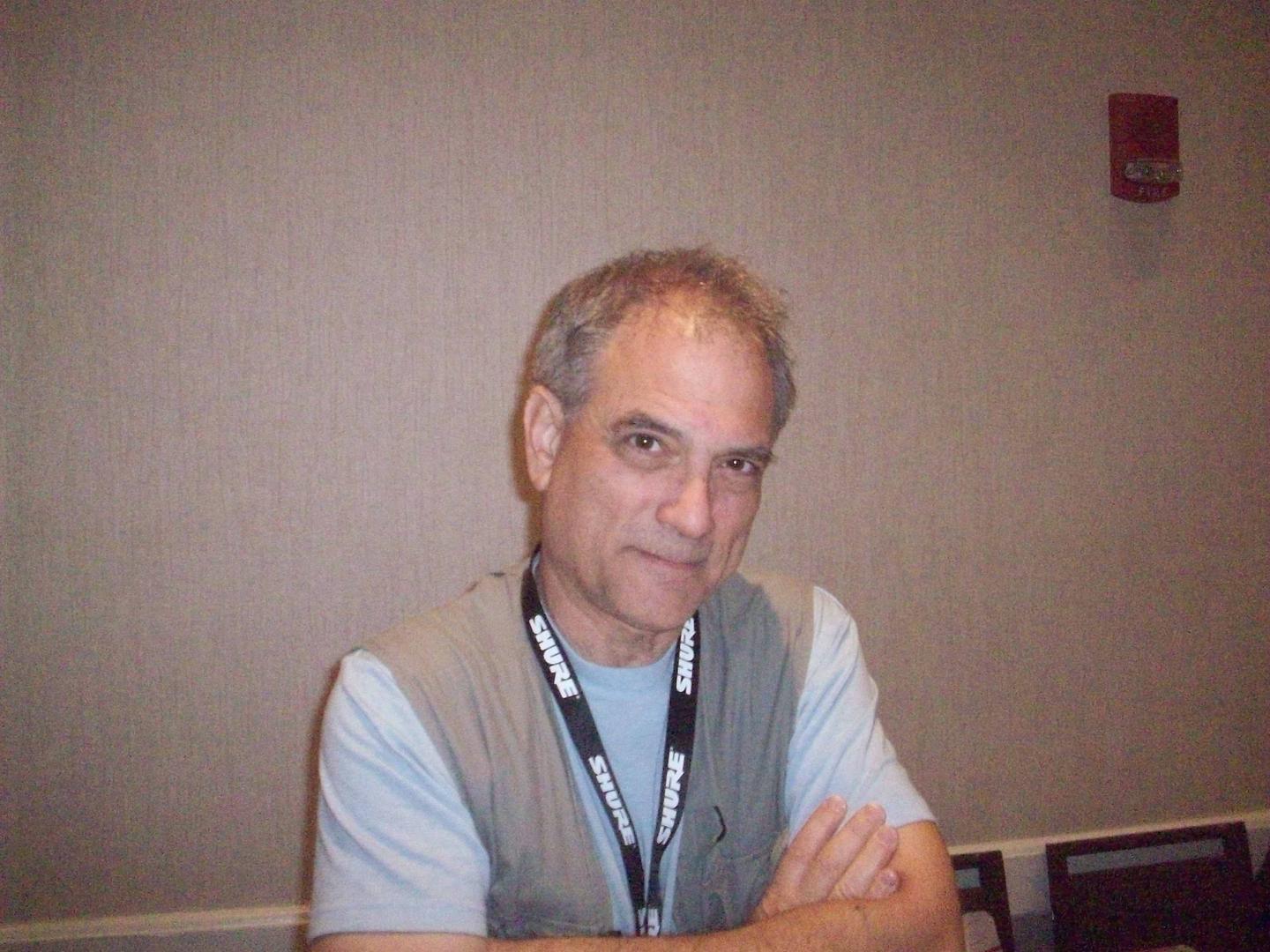 Also at the Marketplace, AIX Records set up under a banner that shared this quote from an article Andrew Quint wrote for TAS: “The multi-channel audio is quite simply the most realistic and involving instance of recorded sound I can recall, from any source format. Mark Waldrep knows what he’s doing.” The discography of MA Recordings, who also set up in the Marketplace, embraces styles from all over the globe, with music from Portugal, Brazil, Argentina, Sweden, the Balkans, and elsewhere. Recorded in places like concert halls, churches, and galleries, their releases encompass different strands of classical, jazz, and world music.

Appropriately enough, live music performances took place day and night at AXPONA. For me the highlight was Akiko Tsuruga, a Hammond B-3 player who has worked with Lou Donaldson and Grady Tate. Tsuruga was at times playful and lyrical, but when it came time to get down and dirty, she let you feel the full power of the B-3. The history of the instrument was acknowledged in a set list that even included a composition by the lesser-known Baby Face Willette, who recorded some fine 1960s albums for Blue Note and Argo.

As I headed into the Westin on the final morning, I talked to a young man who lived in Chicago. This was his first day he could make it to the event, and he was clearly excited even though, as a college student with a small apartment, he didn’t have enough space yet for a turntable. “I keep buying vinyl anyway,” he said. “Some day I’ll be able to play it.” When that time comes, it seems safe to assume, he’ll have plenty of choices for both equipment and music.