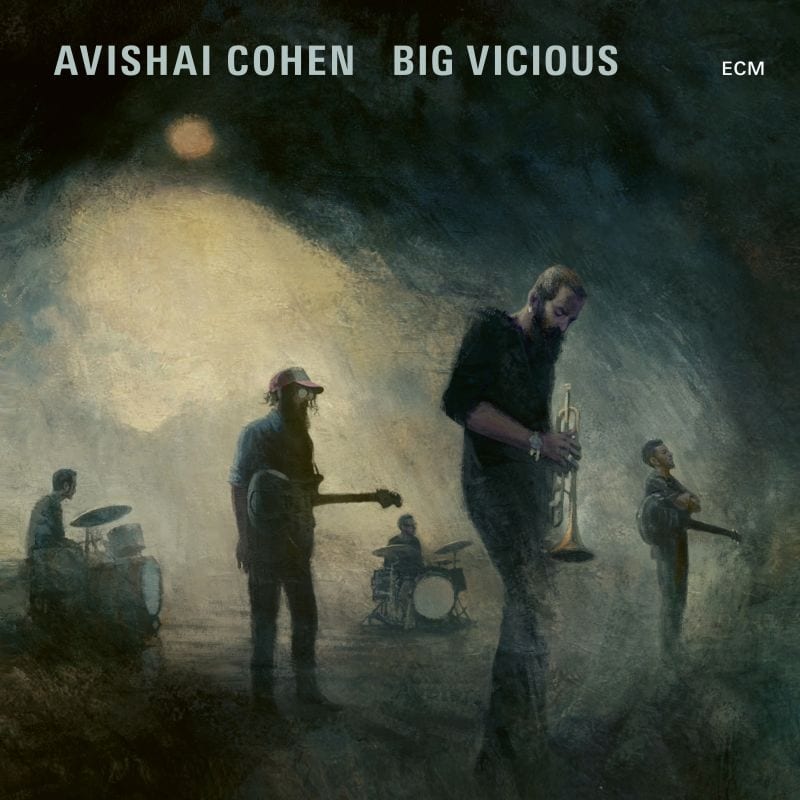 When musicians blur the boundaries between jazz, rock, and electronica, they can put themselves on a fine line between sleek and slick. On his fourth release for ECM, trumpeter Avishai Cohen negotiates this liminal space of polished fusion without tumbling down the slippery slope toward facile pop. Big Vicious is relatively atypical of Manfred Eicher’s label, with its abundance of electric instruments and effects, but it benefits from Eicher’s pinpoint and atmospheric production. It’s a full-on band project: Cohen (trumpet, effects, synthesizer) and his fellow Israeli-born musicians Uzi Ramirez (guitar), Yonatan Albalak (guitar, bass), Aviv Cohen (drums), and Ziv Ravitz (drums, live sampling) co-composed five of the 11 tracks. Of the others, Cohen wrote four, and two are covers you won’t find often on the same album—Beethoven’s “Moonlight Sonata” and Massive Attack’s “Teardrop.” That you’re headed into spacy realms is signaled by the pulsar-like bleeps opening “Honey Fountain.” The journey enters heavy prog terrain by the end of the song, then the music swirls and churns, timbres gleaming like chrome, into melodious, elegiac, ambient and post-rock territories somewhere between electric Miles and Tortoise—with enough improvisation and gorgeous Cohen solos to keep it close to jazz.