John McDonald, the president of Audience cables, has been in business for several decades, but he isn’t someone who makes a big fuss about the properties of his cables. They’re slim and unpretentious, even—dare I say it?— unprepossessing, at least visually. All this is intentional. Audience cables follow a low-mass/low-eddy-current design that ensures they look as if they’ve been put on a starvation diet next to some of the hulking monsters out there. Those audiophiles who equate performance with bulk and heft probably wouldn’t give Audience much of an audience.

But does size really matter when it comes to cables? Does bulk determine performance? Is it imperative to have cables the length and girth of pythons snaking around your audio gear?

Judging by the sonic qualities of Audience’s latest offerings, the answer has to be a resounding no. Over the past few months, I’ve had the opportunity to sample the company’s latest interconnects, as well as speaker and power cables. And its new line represents a substantial leap beyond the Audience cables that favorably impressed me a few years ago—particularly when it comes to power cables. Audience’s build-quality has always been exemplary—it’s a sophisticated company that sells high-quality capacitors, power conditioners, and, not least, loudspeakers— but quite frankly I wasn’t expecting the degree of improvement that these new wires offer across the board. Whether on the dCS Vivaldi CD/SACD playback system or on preamps and phonostages, improve things they did, and not by a small margin. 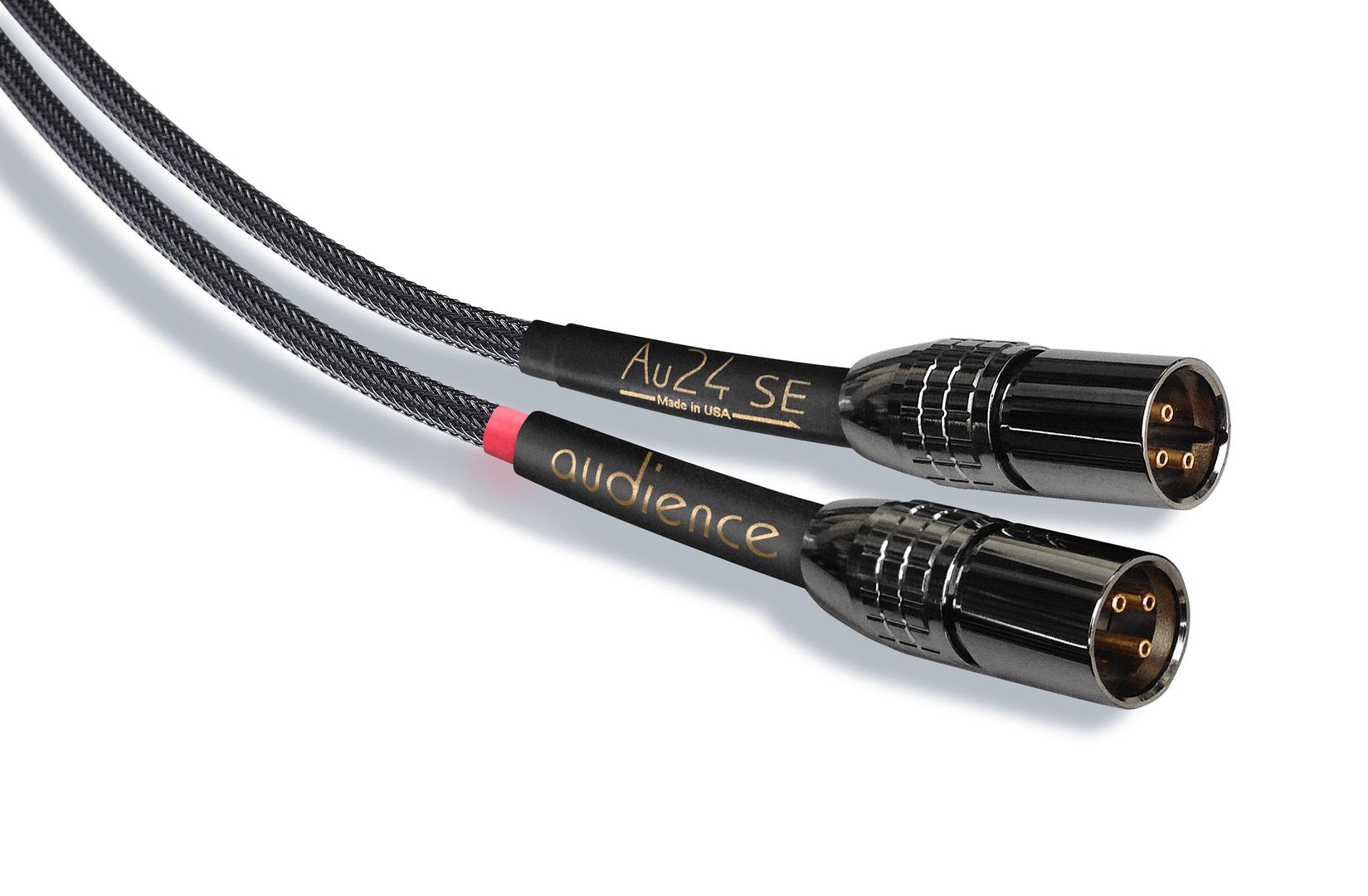 One of the novelties of Audience designs, at least when it comes to power cords, is that they come in three gauges. For power amplifiers, which require a lot of current, Audience offers a 10-gauge cord. For medium power requirements—between 50–150 watts—you can order a 14-gauge cord. And for CD players and other equipment that doesn’t draw much current, Audience offers a low-power version. (Note that owners of Audience cables can upgrade to the new SE versions.)

If this sounds overly complicated, it’s really not. And even if it were, that wouldn’t stop most audiophiles. But here’s the deal: The cords work extremely well. The first thing I noticed when I inserted the power cords into the dCS rig was that the noise floor dropped quite a bit. They helped to create a more sumptuous and velvety black background. With it came more detail—detail that helped create a more lifelike sound. My take is that the Audience cords help to reduce distortion, which is to say the smearing between notes that our ears subconsciously perceive. Remove that almost imperceptible layer of grunge and you achieve a new level of clarity, both in rhythm and image solidity. Everything starts to sound better.

On digital this was apparent to me on CD after CD. Consider Murray Perahia’s recording on Sony of Handel and Scarlatti. The music may not be all that complicated, but sometimes a more spare recording gives you a chance to listen more deeply than a bunch of razzle-dazzle sonic fireworks. Here it was clear that the interstitial black space between notes was audibly improved. Individual notes seemed to linger even longer, decaying into the ether. Ditto for the Eagles on the “Hotel California” cut on the album Hell Freezes Over. It was now possible to distinguish even more clearly between the singers and instruments. The power cables helped to create a wall of sound. 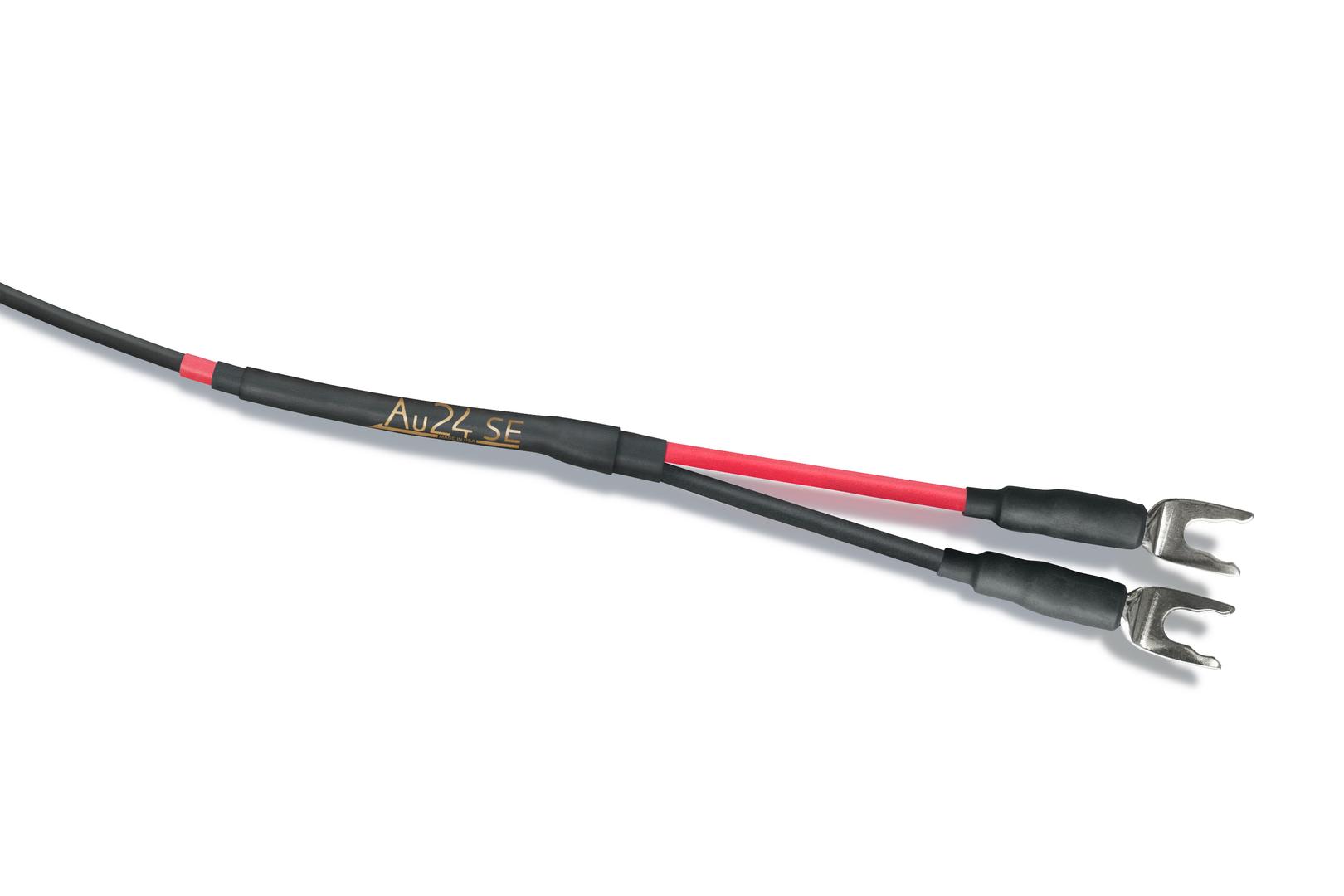 The same went for vinyl. I plugged the cables into the Ypsilon phonostage and preamplifier. On Red Garland’s album All Kinds of Weather [Prestige], a wonderful mono LP recorded in 1958 by the immortal Rudy Van Gelder, it was clear that the reduction in noise allowed me to hear further into the music. All of the instruments—piano, bass, and drums—sounded as though they were being more clearly resolved. You got the benefits of lower distortion without any supression of dynamics. On the contrary, there was greater snap and precision to classic numbers such as “Rain” and “Stormy Monday.” It almost sounded as though my mono Miyajima Zero cartridge was tracking the LP more accurately, especially on LPs that I thought were hopelessly compromised due to wear. It was a real treat to discover that they were, in fact, more listenable than I had previously thought.

Adding in the Audience speaker cables and interconnects did nothing to subtract from these appealing qualities. The most notable virtue of the speaker cables is that they follow the audio equivalent of the Hippocratic oath, which is to say that they don’t do anything wrong. These are not cables that have even a trace of etch or tizziness. Nor are they saccharine or rolled-off. Rather, they seem to conduct the signal with no fuss or muss. They are accurate, lithe, and taut. When I used them with the Boulder 2050 monoblock amplifiers, which put out an imposing 1200 watts of pure Class A power, the Audience speaker cables performed admirably. Coupled with Audience interconnects in balanced mode running from the dCS into the Boulder preamplifier, my system delivered some of the best sound I’ve been able to get from it—the shimmer on cymbals was so beautifully controlled, expanding effortlessly into the air as though the instruments were hovering right before me. And the bass. Oh, my. It sounded like tectonic plates were shifting on Mavis Staples’ new album One True Vine. Sometimes these sonic experiences are just hard to forget.

Suffice it to say that the Audience speaker and interconnect cables may be relatively diminutive but they will never short-change your system, whether it comes to sonic prowess or nuance. Still, for all their virtues, I have to say that it was the power cables that ended up stealing my heart. The number of power cables on offer is daunting, and skeptics love to maintain that the notion that they can improve your system is bogus. My experience with them says otherwise. Their flexibility and extreme performance make Audience’s latest assault on power delivery a steal in the world of the high end.

Sometimes a component has all but one of the features […]