Audience has a near two-decade-long history of building exceptional products of high build-quality that perform (almost uniformly) above their price class. First released in 2005, its adeptResponse line of power conditioners is no exception.

I have been using one variant or other of the adeptResponse12 (the number in the model name describes the number of AC outlets) since 2008. Until this latest SOX update, I’d had the 2011 iteration, the aR12-TS. Aside from utilizing all its existing technologies (a complete chronology may be found at the Audience website), the TS also used Audience’s all-Teflon-based Auricap capacitors, which clearly improved performance.

The new TSSOX line of conditioners incorporates a number of advances over the TS model. First introduced in 2012, the S filter option (the second S in the model number) affords an even darker background and a more focused soundstage.

In late 2015, optional copper power wire—6-nines-pure OCC (Ohno Continuous Casting) in a very high-quality XLPE (cross-linked polyethylene) jacket—was implemented throughout. With typical stranded roped wire, the center conductors are shorter in length than the outer ones, resulting in a shorter conductive path in the center than in the wires wrapped around it. In the case of the new O wire, (the O in TSSOX) the center wires have been replaced with an XLPE core, which the outer wires are wrapped around, in order to deliver more coherent conduction.

Also new in late 2015, the long-standard, high-quality-brass Hubbell hospital-grade outlets were replaced with optional copper duplexes plated with rhodium (re-presented by the X in the TSSOX designation) to impart a better sense of speed, clarity, and soundstaging.

Given my experience with Teflon, I suspected the forming time would be something on the order of 400 hours, and Audience founder John McDonald agreed. Before replacing my aR12-TS with the new aR12-TSSOX, I connected it to a spare AC socket for a full two weeks. Granted, this would have no impact on the break-in of the outlets, but I felt that the long forming time for Teflon should be addressed independently.

Once the aR12-TSSOX was dropped in place, the sonic differences were anything but subtle. This iteration ups Audience’s previously performance-setting technology to an entirely new level. Immediately apparent with all sources was that background silence, which was conspicuously darker and quieter. This is no small feat, considering that background silence had been one of the aR12-TS’s strongest attributes. The heightened silence had the additional benefit of offering an enhanced sense of space.

In addition, everything grew substantively more organic sounding. Not that the aR12-TS sounded “grainy,” but with the aR12-TSSOX in place everything was less “granular” and more coherent and cohesive. Mids had a creamier texture and were more “fleshed” out, with greater body and bloom, while bass detail and definition were also notably improved.

To my ear, the aR12-TSSOX represents a substantial improvement over its pre-decessors, so much so that it would be fair to say that it borders on an order of magnitude advance. I do not make such statements often, or lightly. This is a world-class device, deserving your full attention. Give one a listen—perhaps the 6- or 2-socket variety—but be prepared to buy it. If you are anything like me, there is no chance it will come out of your system once it is in place. 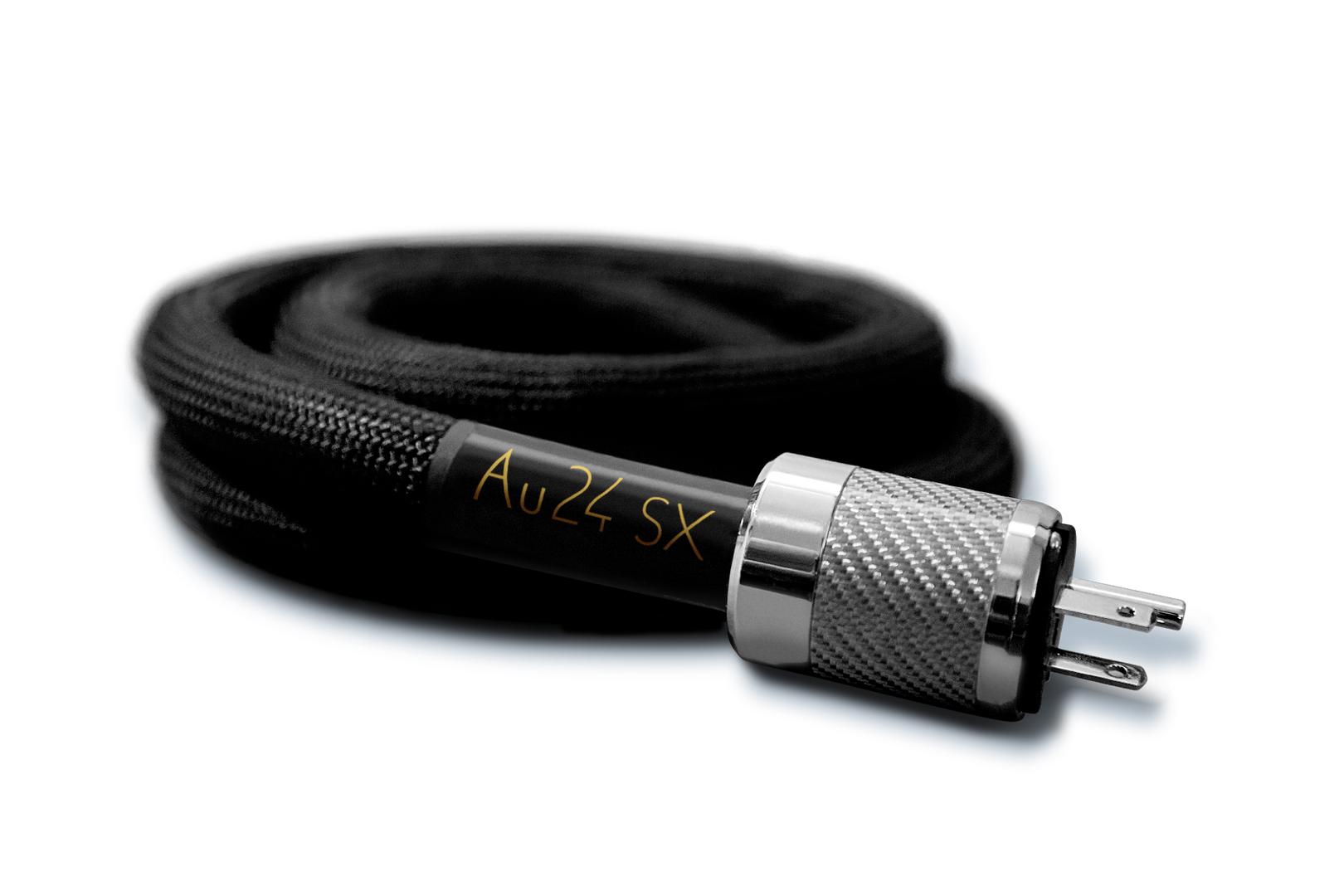 Neil Gader comments on the aR-TSSOX—plus first impressions of the Au24 SX powerChord
I’ve been using the six-outlet version of the Audience aR-TSSOX (aR6-TSSOX) for a few months. And Greg Weaver pretty much took the words right out of my mouth when he stated that the improvements in performance were “anything but subtle.” I can only concur that his descriptors of “darker and quieter” sonic qualities pretty much nail down its character. In my more-modest system there was all this plus a sharper, clearer perspective on the musical event as a whole—a macro quality that created a fully realized and involving performance. That, my friends, is the goal.

The only thing I would add is that shortly before copy deadline, I received a call from Audience where the caller exclaimed, “But wait, there’s more!” and asked if was up to swapping out the Au24 SE powerChord (a $1650 upgrade over the standard equipment powerChord SE-i) and replacing it with Audience’s new Au24 SX powerChord. The SX, the company’s statement power cord, is an advanced design of the late Roger Sheker that is much thicker and more imposing but still quite flexible. Like the entire SX line (look for my review of its speaker/interconnects in a forthcoming issue), the SX powerChord is made with six-nines pure OCC copper in the highest quality XLPE insulation. There are two 13 AWG wires per leg in the 10 AWG SX powerChord. Historically Audience has not been a proponent of shielding power cords due to some reduction in dynamics. For the SX design the company found that the answer is to shield the ground leg only, so each of the two ground wires is shielded and then insulated with hand-wrapped Teflon. The cord is finished with an elegant Furutech Fi-52M NCF AC connector.

First things first—the Au24 SE power cord remains a reference-caliber product. While the SX may not provide an order of magnitude difference, it still clearly revealed yet another layer of music, dimension, and transparency. Images grew ever more direct, and there was an expansion of ambient aura. You’ll need to judge this upgrade for yourself within the bounds of your own system and budget, but beware: I found the differences compelling. Check these out only if you’re prepared to fork over the steep price difference.