Transparent Cable, one of the most storied names in the audio business, has released a new line of cables called Generation 5. What follows below is a recent conversation I had with Transparent designer Josh Clark.

Jacob Heilbrunn: Some audiophiles swear by cables. Others swear at them. What’s your take?
Josh Clark: Some may swear at them because to get good performance it costs a good amount of money. Anyone who has made performance comparisons between cables knows they’re an important part of the audio system chain. They’re also one of the worst components in an audio system. Our goal is to make them the “least bad” they can be—to maintain the dynamic range, tonality, and integrity of the signal, which is a difficult task.

What accounts for sonic differences between the previous generations of Opus and the Generation 5?
As its name suggests, it is our fifth line of audio cables. We’ve been working for over twenty years to raise the bar of audio system performance through musical realism and musical engagement. Gen 5 is part of a continuum. It’s not a departure from Generation 4; it’s an improvement upon it, particularly in dynamic range. Our goals are to achieve more large-scale dynamics without limitations and to resolve more low-level information by lowering the noise floor.

How?
Although the Opus has been our top product for over 15 years now, some years ago we had the sense we could improve upon its dynamic range. That thinking led to Magnum Opus, which is above Opus in the line. Because vibrations add a layer of noise we can hear, we’ve developed new cable technology that maintains a low noise floor and minimizes vibrations within the cable itself. With the Opus, we even address vibrations in the connectors. We’ve also improved the network to allow it to reject more noise and be more precisely in control of inductance and capacitance—which helps to maintain natural tonality. In addition, we’ve addressed the enclosure that houses the network box.

The network module in Gen 5 modules looks the same as its predecessor. Internally we were able to incorporate things we learned with Magnum Opus, the assembly between bass plate and outriggers that mount the feet. We were able to control dampening and torque and adjust where resonance occurs. We were able to damp primary resonance and move it out of the critical midband. Mechanically we’ve damped resonance and moved it to a better place. You’re always going to have resonance; it’s just a matter of controlling it.

We also redesigned the cable itself. It’s more tightly twisted in a difficult and specialized technique. We’ve forced some of the best cable suppliers to go beyond what they thought was possible. We’ve also applied new specialized dampening materials in between conductors. We used specialized binding wraps that hold the cabling assembly together. In the interconnect, we employed low-noise, carbon-fiber-reinforced connectors. We also incorporated dampening internally.

Isn’t it surprising how much difference small changes can make?
In my experience they make or break performance of a system. We’ve uncovered another layer and gotten closer to hearing live music, not just the sound but also the feeling.

How long did this take?
Magnum Opus was created over five years. Gen 5 developed in the last year. 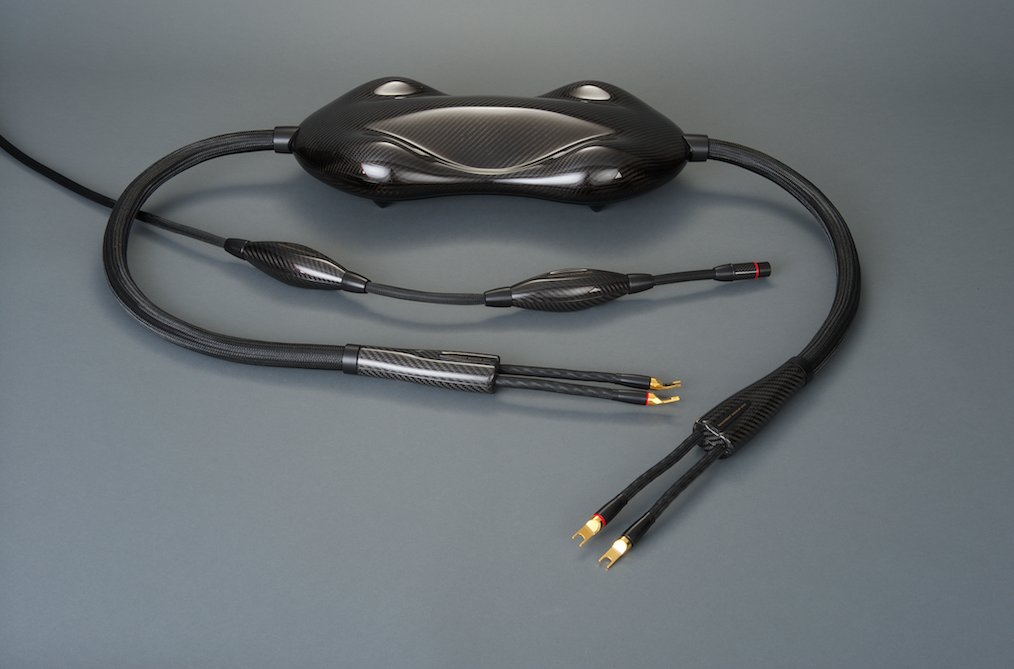 How does Magnum Opus perform as opposed to Gen 5?
Music is so complex, offering such broad dynamic and harmonic ranges, we do find taking things out to the nth degree makes a significant improvement. For people looking for the ultimate, Magnum offers more. Of course, Magnum is also a lot more expensive, and I don’t think you need to go to it to get a satisfying experience.

And the most salient sonic difference?
In performance the greatest difference is primarily in the dynamic realm. As I mentioned, Magnum Opus drops the noise floor—it keeps noise out to an even greater degree, and so dynamic events come from this incredibly black background. Its ability to convey tonal information—so much information in the vibrato of a trumpet, for instance—is remarkable. Magnum Opus handles this in a way we’ve never heard from any system or cable. It’s hard for me to put in words, but the life of an instrument and its timbre are elevated to another level of realism.

How long does it take to make these cables?
Each Magnum Opus and Opus is custom built. It takes a couple weeks to build a pair of Magnum Opus, and we’re building it to almost impossible precision. We build the cable in a correct temperature range, even taking into account the temperature of the customer’s listening room. We’re holding precision to a fringe level. With Gen 5, we’re able to do the vast majority of those things, and achieve most of the performance benefits.

Ultimately, acoustic music is our reference point. We let the sound of music be our guide. We think about what’s missing here or there and what process can we use to get closer to the original event.

It’s not a product where we think about practicality first. All of our reference products are built with essentially zero compromise. When the inductor is made from same stranding as cable, it gets to be a large component. But we’ve learned that mass, stiffness, and dampening are our friends. By taking away inherent noise, we’ve picked up a sense of coherence we didn’t have before. That coherence brings with it much more realistic harmonic texture and timbre.