In the Summer 2018 edition of Ultimate Headphone Guide, I reviewed the Abyss AB-1266 Phi Edition planar-magnetic headphone, which represented an evolutionary improvement upon the original AB-1266 that first appeared in 2013. In fact, my conclusion was that the AB-1266 Phi Edition took “an already superb headphone design and made it markedly better,” specifically through a new driver that offered more linear frequency response, more natural and neutral tonal balance, improved sensitivity, and a substantial across-the-board increase in overall resolution and focus. The improvements that came with the Phi Edition seemed so significant that I really did not expect that Abyss would revise it further—at least not anytime soon. But I was wrong.

This past June, Abyss announced its new AB-1266 Phi CC Edition headphone, which brings even more changes. While the CC model retains the Phi’s enhanced driver, it has shifted away from the traditional black-anodized finish of the AB-1266’s headband frame, earcups, and earcup covers, using instead a new, baked-on ceramic coating (hence the “CC” moniker). Company president Joe Skubinski advised that the ceramic coating is tougher and offers better color consistency than the previous anodized finish, which is why the change was made. The ceramic coating also offers different damping characteristics than the anodized finish, which might potentially contribute a small improvement to sound quality.

However, one Phi CC Edition update that yields a much larger sonic change is the all-new earpad. Relative to Abyss’ original AB-1266 pads, the new pads differ in depth, bevel angle, the size of the driver opening, interior volume, padding materials, and outer coverings (a new perforated leather material). Some readers might think earpads would have minimal impact on headphone sound quality, but in my experience the opposite is true. If that last statement seems far-fetched, consider this: If headphones were loudspeakers, then their earpads would effectively serve as both the loudspeaker enclosures and as the “room” in which the speakers are played. Viewed in this light, you can see why earpads would play a huge role in the sounds we hear. 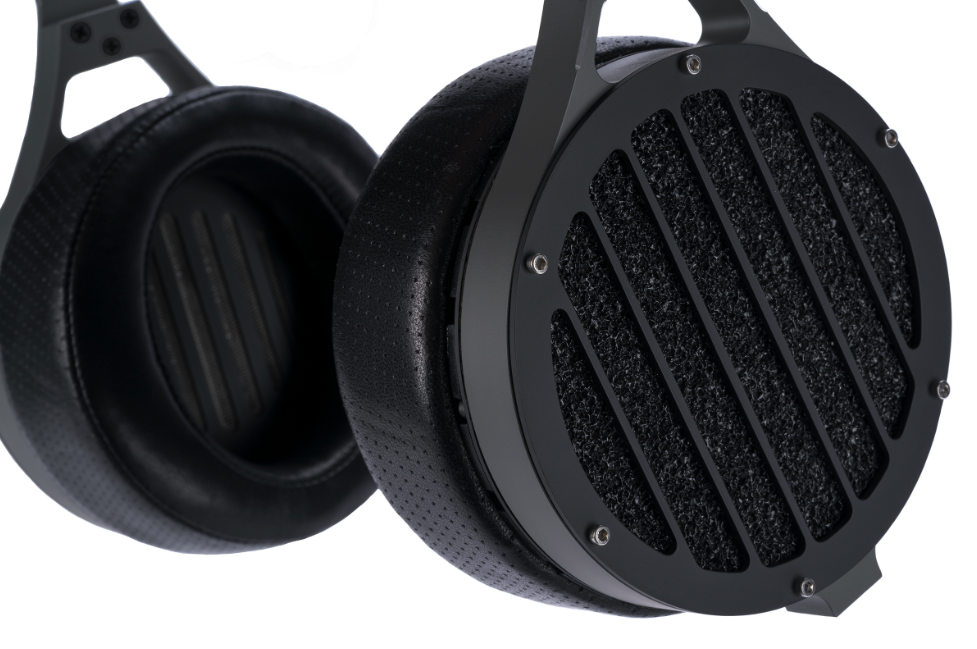 The new Phi CC Edition pads take the sound of the AB-1266 Phi headphone, which was excellent to begin with, to a noticeably higher level. With the new pads, the headphone delivers greater perceived resolution and nuance, improved rendering of spatial cues (and hence greater perceived three-dimensionality), and a noticeably more open and free-flowing sound. The new pads and the improvements they bring come standard on the AB-1266 Phi CC Edition, but will also be offered as upgrades for earlier-generation AB-1266 models.

To appreciate what the Phi CC headphone does so well, try listening to a well-made live recording such as the track “Anabasis” from Dead Can Dance’s In Concert [PIAS America, 16/44.1], and note the adept way in which the headphone handles textural, transient, and spatial details in the music. “Anabasis” features a recurrent, very low frequency percussion motif juxtaposed against a shimmering and also recurrent treble percussion figure. The Phi CC Edition headphones beautifully capture the weight, depth, and incisive attack of the low-pitched drum being struck, while simultaneously rendering all the delicate, finely filigreed textures and harmonics of the higher percussion instruments. Perhaps best of all though, the headphone conveys the myriad low-level spatial cues (including subtle crowd noises, and stage and hall reverberations) that together give this track the uncannily realistic sound and “feel” of a live concert event. It’s this engaging and engrossing quality of vivid realism that sets the AB-1266 Phi CC Edition apart from competitors.

If you can make peace with the AB-1266 Phi CC Edition’s admittedly unorthodox inverted “U-shaped” frame (trust us—it’s much more comfortable than it looks), this is a world-class headphone whose sound quality places it near the top of any list of state-of-the-art contenders. I encourage listeners to hear the Phi CC’s for themselves, but be forewarned that listening could lead to buying.

Qobuz Comes to the U.S.A.