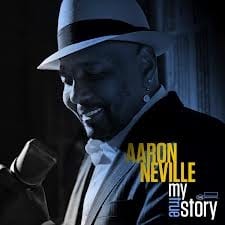 Grammy-winning vocalist Aaron Neville likens the doo-wop songs he heard while growing up to “medicine” that pulled him off the mean streets of New Orleans. His first national hit, 1967’s R&B classic “Tell It Like It Is,” captured the sound and spirit of that era. Now he’s come full circle with this strong collection of doo- wop and early rock songs produced by Don Was and Keith Richards. The tight band on these uncluttered arrangements features pianist Benmont Trench (of Tom Petty & the Heartbreakers) along with members of Bob Dylan’s, Beck’s, and Sheryl Crowe’s bands. There’s nothing postmodern about this reverential homage to material first recorded nearly a half century ago. Time and again, Neville lends his idiosyncratic vocal style to 12 songs popularized by Hank Ballard & the Midnighters (“Work with Me Annie”), the Drifters (“Money Honey,” “Under the Boardwalk”), the Impressions (“Gypsy Woman”), and the Ronettes (“Be My Baby”), among others. At 71, this soul and R&B great has all the technical prowess of his youth, whether he’s choking back emotion, warbling with his near-yodel, or soaring with his signature falsetto.