A Visit From Nick Doshi

The high-end consists of manufacturers large and small. Nick Doshi, who lives in Virginia, belongs to the latter category. A former recording engineer, he now works at radio and television stations located in Washington, DC. But on the side he has earned a not insubstantial reputation as a gifted designer of audio equipment, which he builds out of his home, which isn’t located too far from where I live.

For several years I had been curious to audition his gear. A few weeks ago a Mercedes station wagon stopped in front of my home and out popped Doshi, ready to deliver his new 160 watt V3.0 KT-120 based amplifier, V3.0 phono stage and VV3.0 line stage. Then, after another few weeks, he returned, substituting new KT-150 tubes in his monoblocks. Throughout, the sound had been quite enticing—warm, perhaps a pinch on the dark side, but always musically enchanting. The KT-150, though, took it up another notch. The presentation seemed to become even more transparent and supple—combining (as Doshi put it) the strength of a 6550 tube with the blissfulness of an EL34. 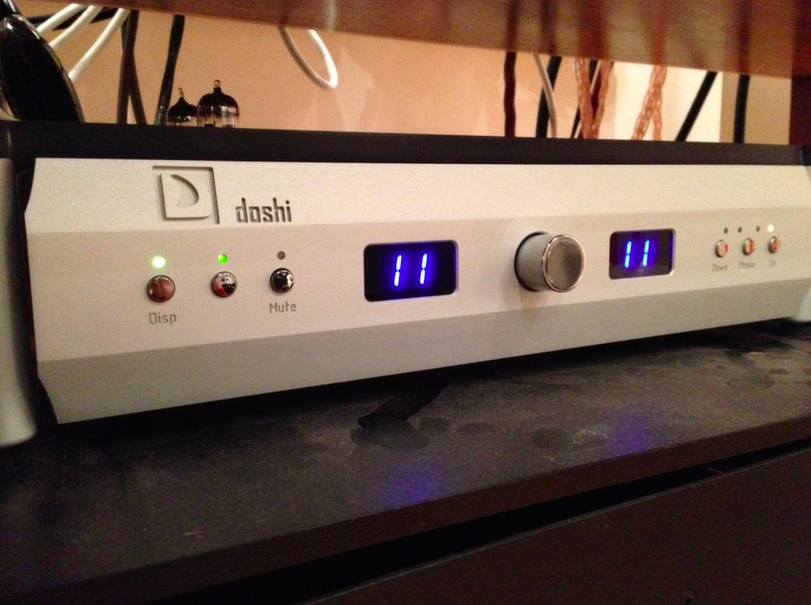 I was particularly taken with the phono stage, which I would like to listen to again. It had excellent bass control and beautifully delineated various musical lines. Doshi and I ended up spending a good part of an afternoon running through my LP collection of classical trumpeters, ranging from Maurice Andre to Gerard Schwarz. “Celestial,” was the way he described hearing Andre. It’s a quality that his equipment helped bring out effectively and persuasively. Anyone searching for reasonably priced gear that offers superb performance would do well to consider Doshi’s line.