A Quartet of New Cable Lines at the Munich Show 2013

Having heard the startling difference a Nordost Valhalla power cord made to my Musical Fidelity Tri-Vista 21 DAC several years ago, I have moved from being somewhat skeptical of high-priced speaker cables, interconnects, and power cords to being an evangelist for them. Indeed, at the recent CES I was stunned at the difference the articulation-and-impedance-control interfaces on the new MIT Oracle MA-X SHD interconnects and speaker cables made in soundstage definition, image depth, and musical timbre. I continue to reaffirm to myself, and others, that cables are important components in helping to get the most out of your system, and can elevate a relatively good system to far greater heights.

I had not intended to do a cable report at the Munich Show, having covered a lot of that ground at the recent 2013 CES. However, while the sheer number of new cable premiers didn’t compare with those at CES (to see my CES cable report, click here), there were some significant new cable introductions in Munich at both the top end of the scale and at more modest prices. 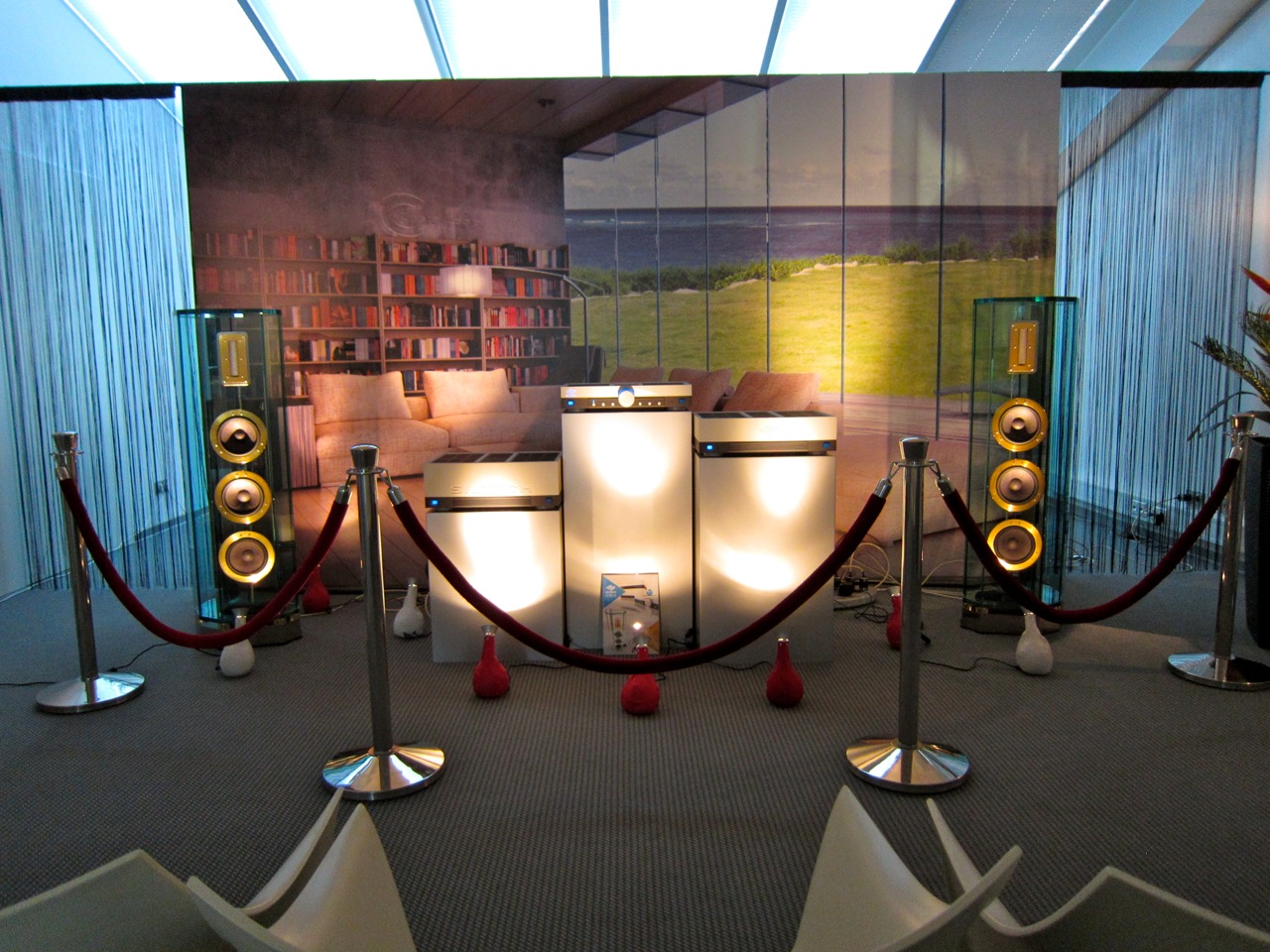 The first room I visited was the Crystal Cable/Siltech room. Crystal Cable’s Absolute Arabesque speakers, using Crystal Cable’s Absolute Dream “100% monocrystal conductors” for internal and crossover wiring and driven by Siltech’s outstanding SAGA electronics produced one of the most natural, refined, transparent, holographic, and engaging sounds at the show. However, the big cable news here was the new Dreamline Plus. Gabi Rijnveld, an accomplished concert pianist and President of IAH-Crystal Cable-Siltech, described them as “a more affordable little sister of the Absolute Dream.” Instead of its sibling’s four twisted conductors, the Dreamline Plus sports two twisted conductors and is half-the-price, making Crystal’s exceptional all-monocrystal technology available to a wider audience. The Dreamline Plus is scheduled for release in June 2013. Hmmm. . .I wonder how they would work with my restored Quad ESLs? 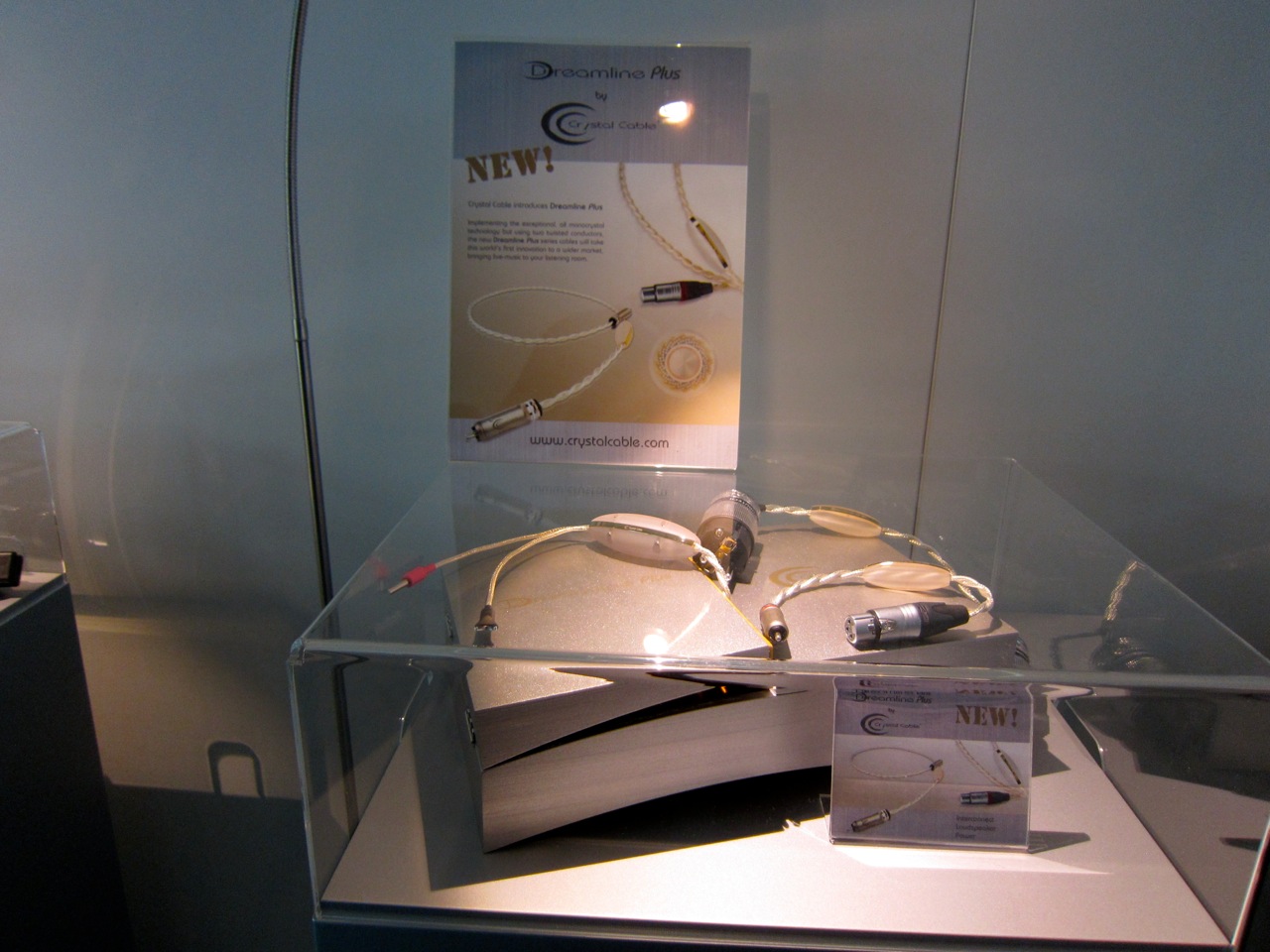 In the Nordost room, I heard a jaw-dropping demo of its Valhalla 2 interconnect versus the original Valhalla. I have greatly admired the original Nordost Valhalla ever since replacing a well-regarded power cord on that Tri-Vista 21 DAC with Valhalla. While the original still remains in the line, the Valhalla 2 is a shocking improvement, but at a cost of possibly 50% more. It includes considerable advances in design as well as termination. In the comparison, it offered more dimensionality, air, and inner detail than the original. I became more aware of things like the fine details of the bowing on stringed instruments as well as secondary musical lines. The overall sound was more relaxed with better timbre. The differences were not subtle, similar to what better electronics can do. 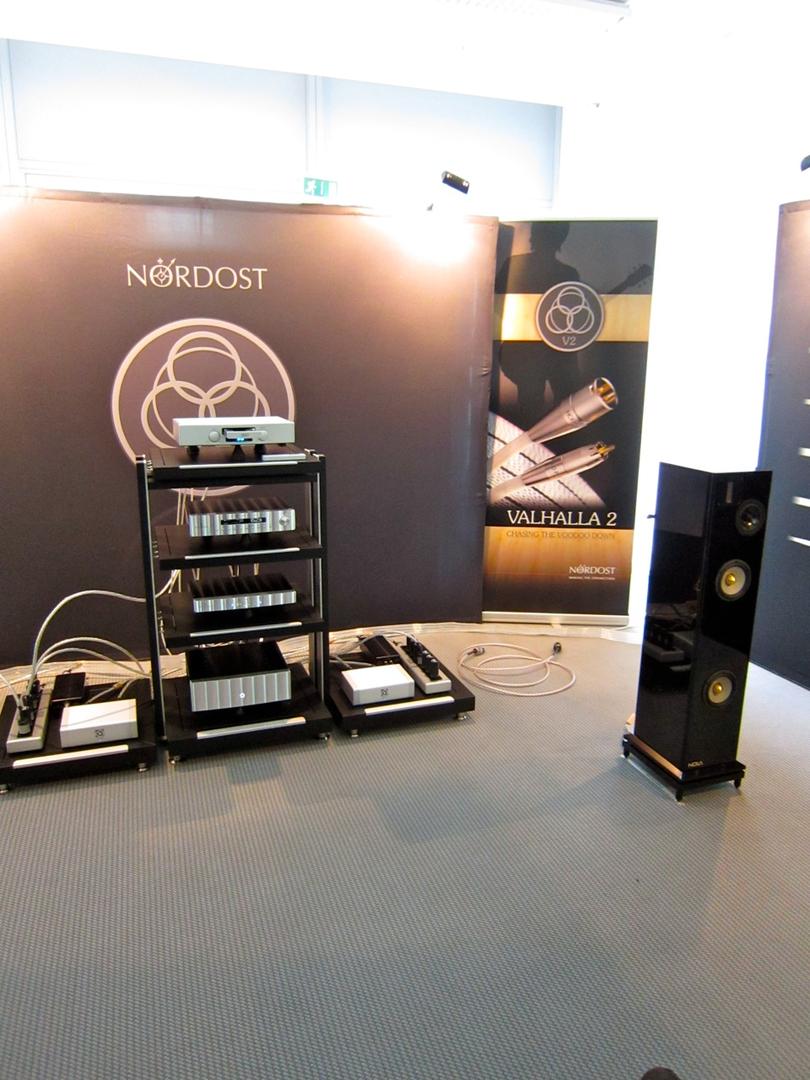 Unfortunately, the new cable lines from Crystal Cable and Nordost are beyond my budget. Not to worry, because there were a few new cable lines in Munich that sounded very good and did not exceed the cost of the rest of my system.

One of the best value rooms in Munich featured Marten Django L loudspeakers at €6900/pair, Nagra electronics, and the surprisingly affordable Purist Audio Genesis Series cables including a $300 interconnect, $375 speaker cable, and $250 Vesta power cord. This system rivaled some of the more expensive setups at the show with very good dynamics, quickness, clarity, and solidity. The Genesis interconnects and speaker cables come as two-cable sets, rather than the more exotic Purist Audio cables that have separate positive and negative cables per channel (four cables in all for stereo). However, like other Purist Audio cables, the Genesis appears to be very well-made. The Genesis cables undergo a “3x Cryomag” treatment. To help affirm Purist Audio’s prowess, I was told that the Nagra R&D group “uses Purist Audio cables exclusively.”

In several of the Audio Components’ rooms, two new high-performance USB cables from Music Interface Technologies (MIT) made their world-premiers: the StyleLink Digital and StyleLink Digital Plus. These are part of MIT’s new StyleLine Series of more affordable audio interfaces that feature much of the same technology as MIT’s reference cables. Both models feature triple-shielded oxygen-free conductors and gold-plated connector contacts. The StyleLink Digital Plus adds silver-plating to the conductors for even better high-frequency response and deeper “silence.” I’m looking forward to hearing more products from the new StyleLink Series from MIT. 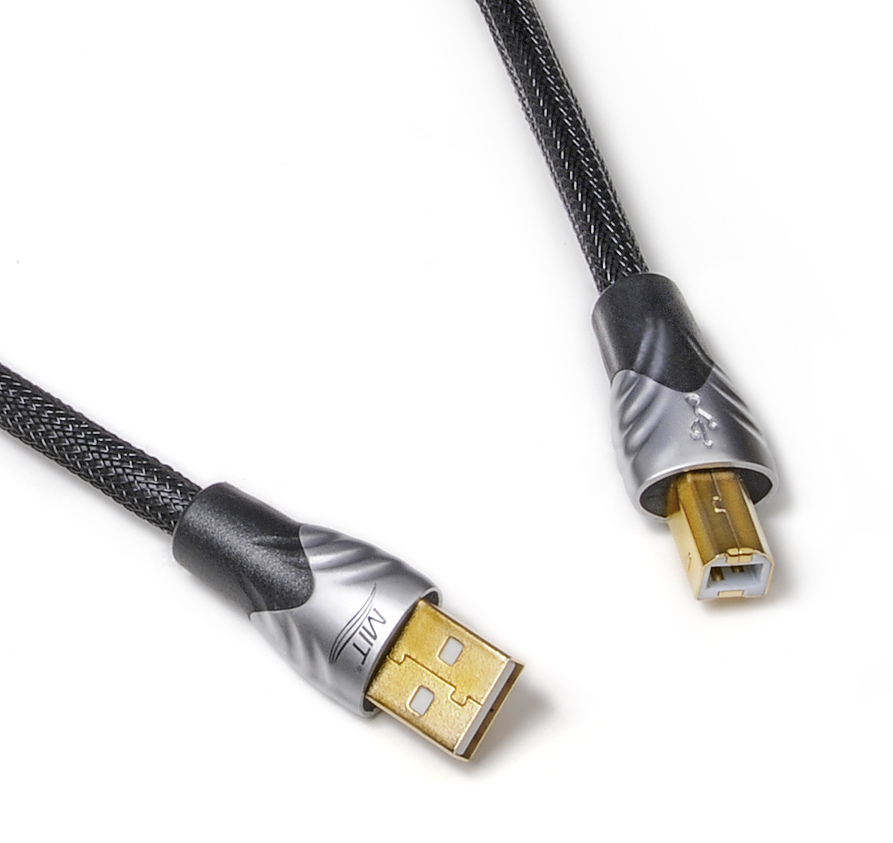 The Eagles On HD Tracks