A Mesmerizing Event at JS Audio

JS Audio has long been a fixture in the Washington, D.C., area. But recently, its proprietor Joseph Stromick has upped his game in a big way, embarking upon an extensive renovation of his facility to create two large and attractive rooms. The results speak for themselves.

This past Saturday, Wilson Audio, D’Agostino Master Audio Systems, Nordost, and dCS of the United Kingdom teamed up for an event in JS Audio’s remodeled space to demo, among other things, a surround-sound system cabled with Nordost’s fabulous new Odin 2. Peter McGrath ran the demo of the surround system and played his own recordings. Bill McKiegan from D’Agostino, Michael Taylor from Nordost, and John Quick from dCS (pictured above) were also in attendance. 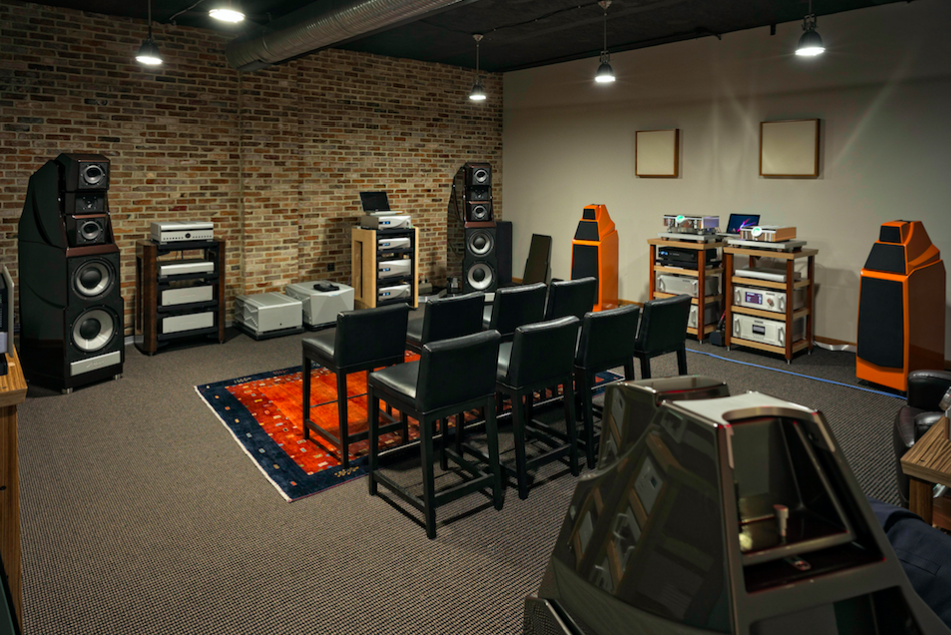 Quick ran the spanking-new dCS Rossini in the second room, and McGrath ran Wilson XLF loudspeakers in front, driven by a Boulder stereo 3060 power amp; and Alexias, driven by Momentum preamp and amps in the rear space. Digital playback was provided by the dCS Vivaldi system.

The purpose of the surround demo, McGrath explained, was not to engage in sonic trickery–to have trumpets or oboes suddenly emerging from behind your shoulder. Instead, it was to recreate the acoustic ambience heard in the rear of a concert hall—in other words, the feel of a note moving through space, from the front to back of the venue. He went some ways towards accomplishing that, as the transparency and scale of Gil Shaham playing a Prokofiev violin concerto was mesmerizing. The timpani whacks also packed a real wallop. Overall transparency was off the charts. 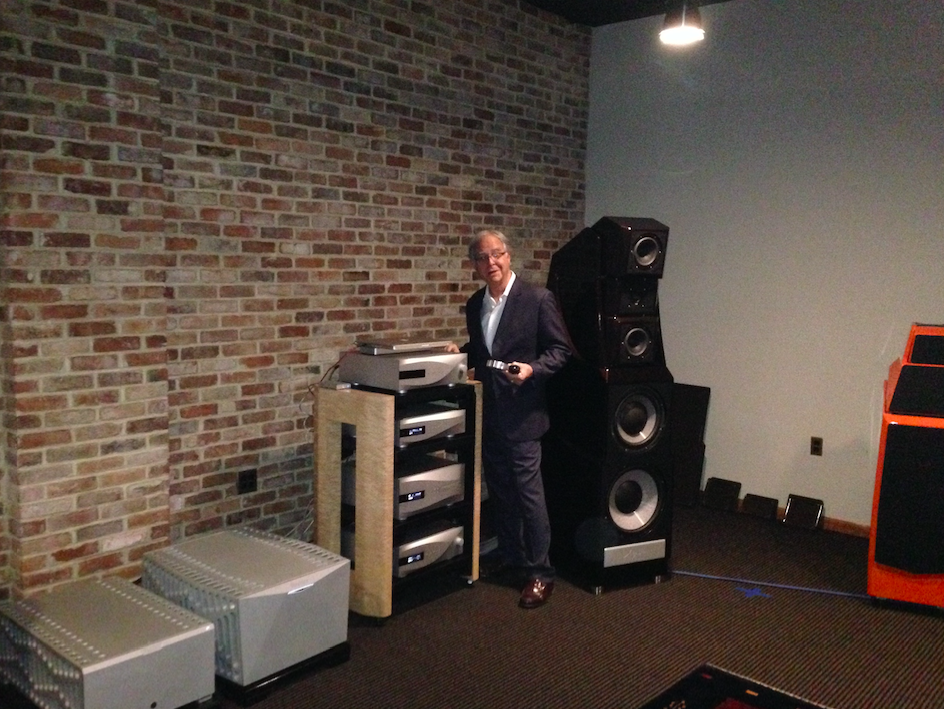 When McGrath switched off the rear channels, as he did several times, there was definitely a sense of a loss of sonic immersiveness. The day before the demo I had the good fortune to host TAS’ own Tony Cordesman and McGrath at my home for a lengthy listening session. I found it very enlightening to compare and contrast the two-channel experience on Friday with the massive surround system on Saturday.

Above all, it was encouraging to see such a large number of local audiophiles attend the event at JS Audio. I was impressed by both the venue and by how seriously the attendees listened to McGrath’s demo, which was conducted on a very high level indeed. I look forward to Stromick’s next event.