The swansong design of Ortofon’s former chief engineer Per Windfeld, the entry-level 2M Red uses a elliptical-tipped stylus. Though a little dry in the treble and lacking the Ortofon Black’s velvety finesse and harmonic finish, the 2M Red is still one sophisticated cartridge for the money. ortofon.us 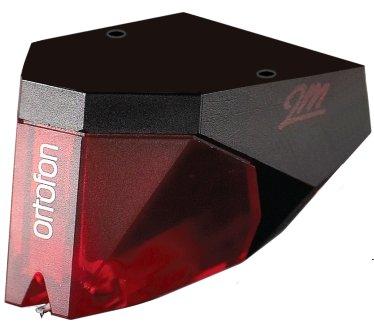 Shunyata’s entry-level is a quantum leap over the standard, no-name cord. Flexible and UL-approved, Venom 3 adds transient pop and image stability, opens the soundstage, and peels away the veiling that inhibits transparency and resolution. A bit forward in character, the Venom 3 provides an excitement that really lights up the soundstage. Although low-level dynamics and deep bass could use further refinement, Venom 3 is an audiophile-level product that makes it fun to spend less. shunyata.com 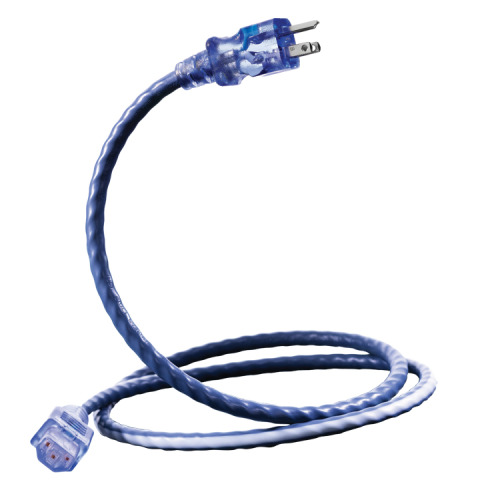 How can you not absolutely love an asynchronous USB DAC packed with audiophile-grade design elements in the form factor of a USB stick that costs $249? The variable output level allows you to drive headphones or a power amplifier directly from its 3.5mm stereo mini-jack output. Amazingly, the DragonFly features an ESS Sabre DAC, analog-domain volume adjustment, and separate clocks for different sampling frequencies for better sound. The DragonFly has a remarkably sophisticated and relaxed presentation, yet excels at conveying dynamics and drive. Great sound from a computer has never been this simple or inexpensive. A brilliant product. audioquest.com 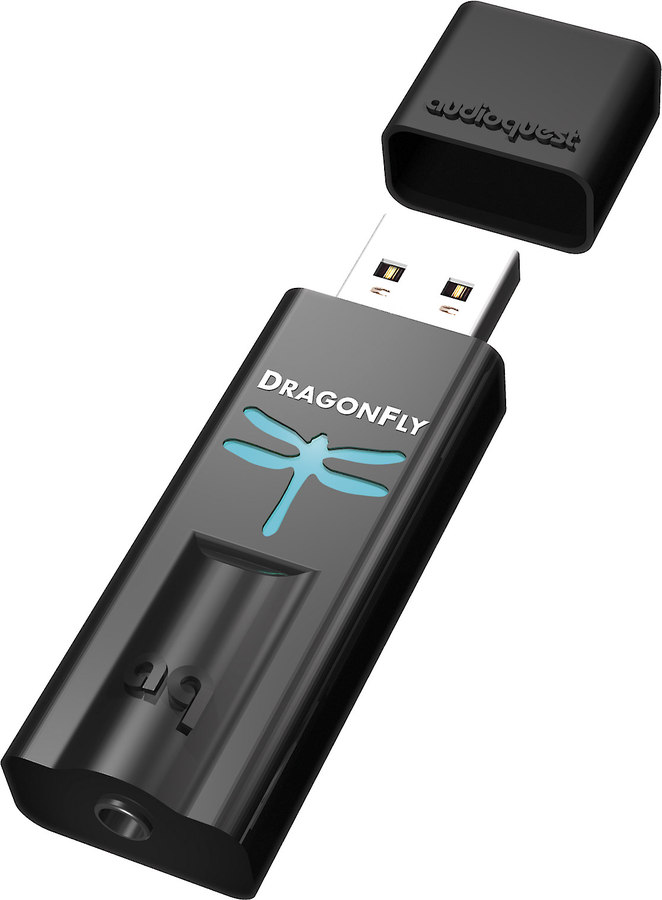 Micromega’s MyDAC is entry-level in price only; its sound is far more refined and sophisticated than its modest cost would indicate. The unit looks very much like an Apple AirPort Extreme, but with a front-panel wheel to select between TosLink, coaxial, and asynchronous USB inputs. The Micromega gives you some sonic attributes usually found in much more expensive DACs—qualities like air around instruments, a sense of three-dimensional space, and a laid-back ease. Through the Micromega, instruments don’t sound like flat cardboard cutouts; they are fully fleshed out three-dimensional images surrounded with a wonderful bloom. Timbres are remarkably smooth and free from grain. The bass is solid and tight, although the very lowest bass lacks ultimate authority. audioplusservices.com 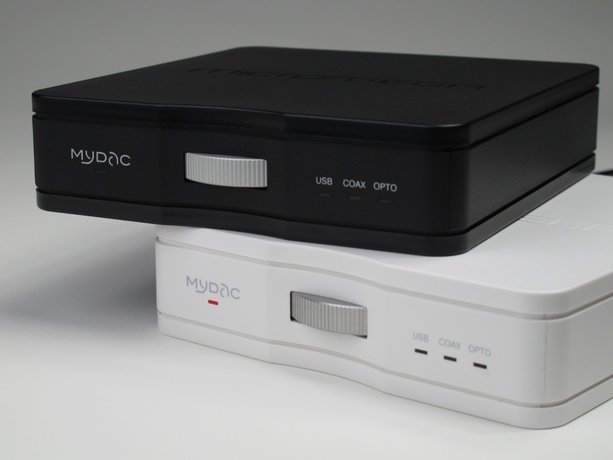 The most significant upgrade to Pro-Ject’s latest Debut is found in the model’s name, which refers to the lighter, more rigid, single-piece 8.6″ carbon-fiber arm tube that replaces the Debut III’s aluminum tube. Pre-mounted with Ortofon’s 2M Red moving-magnet cartridge, the Carbon offers all one expects from a modestly priced ’table. It doesn’t excel in any one area but gets the basics so right that it’s hard to criticize what’s lacking—because, after all, that’s what good entry-level models should provide, a solid foundation for musical pleasure. sumikoaudio.net 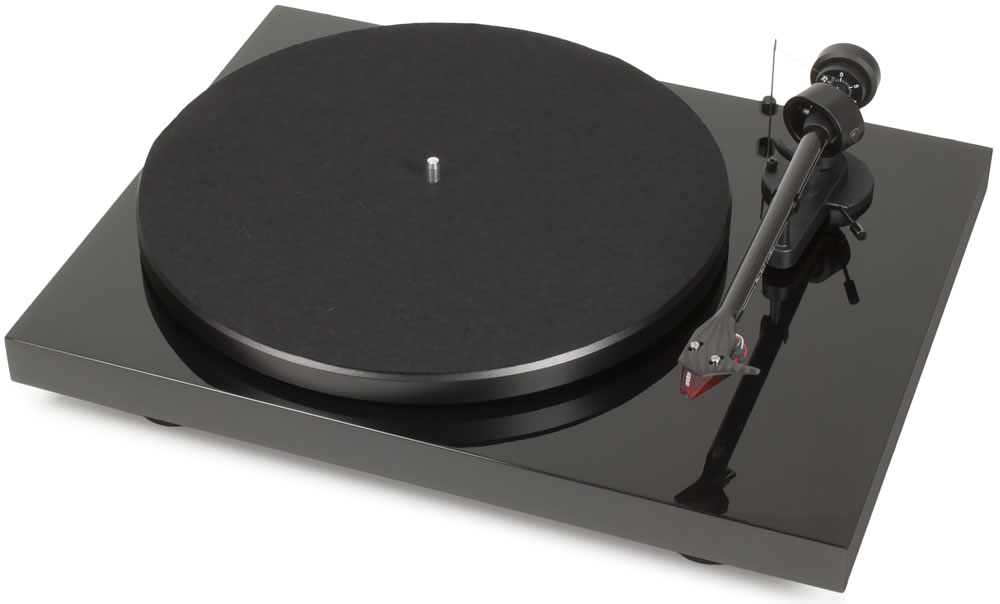 A 3020 for the new millennium, the C326 BEE has banished its predecessor’s warm, veiled presentation in favor of a neutral tonal balance with just a hint of darkness (though this actually sounds extremely natural) and far greater control and transparency. Though the C326 has only 50Wpc, dynamic range is excellent; the amp is able to handle Wagner’s Ring at its most spectacular (at any sane level) or Mary Travers at her loveliest, and is no slouch when it comes to resolution. For PS this is the budget integrated amplifier of the decade—if he had to, he would use it without apology to drive even his super-revealing QUAD 2805s. nadelectronics.com

A 2012 Golden Ear recipient, the cleverly named Shift A2 is more than just a serious loudspeaker—it’s a winning example of forward thinking. Compact, internally powered, equipped with DSP bass-management, and packed with enough back-panel inputs to connect to almost any source, it is what 21st century entry-level high end is all about. Its Everyman appeal bridges generations of music lovers, and it just happens to sound great in the bargain. It won’t be for the devout traditionalists, but its combination of sound and value extends the welcome mat to nascent high-enders who may have previously thought they couldn’t afford the entrance fee. paradigm.com

PSB’s tiny Mini almost looks too cute to be taken seriously. But it is actually quite capable of producing a musically valid performance—in an appropriately-sized setting. It has no low bass, limited dynamic range, and only a suggestion of recording-space ambience. Still, the mini manages to play “bigger” than expected and also sounds “correct” at a fundamental level. It can be successfully placed up to seven feet apart or in a nearfield setup. A higher volume setting than usual helps it “get going,” but when it does, it’s enjoyable, tuneful, and rarely harsh. psbspeakers.com 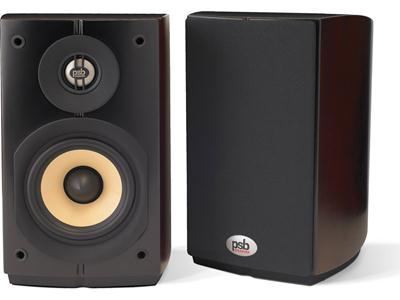 There is perhaps no finer (or more user-friendly) starting point for the high-end audio experience than the compact, self-powered Bird 2.1-channel system from Focal. The genius of the system is that it looks disarmingly stylish, simple, and small, yet offers an amazingly big, rich, room-filling, focused, and three-dimensional sound. How is this possible? Visually, all you see with the Bird rig are a pair of tiny, two-way satellites that perch on tabletop stands resembling birds’ feet, plus what looks like a sleek little integrated amp/DAC. But the “amp/DAC” is more than it seems to be, because it also incorporates a downward-firing, self-powered tabletop woofer complete with built-in electronic-crossover switch-settings to match any of several Bird satellites. Voîlà, you’ve got instant, big-system sound—and a very sophisticated sound at that. As icing on the cake, the Bird system comes with either a Kleer-based wireless iPod or optional USB dongle. audioplusservices.com 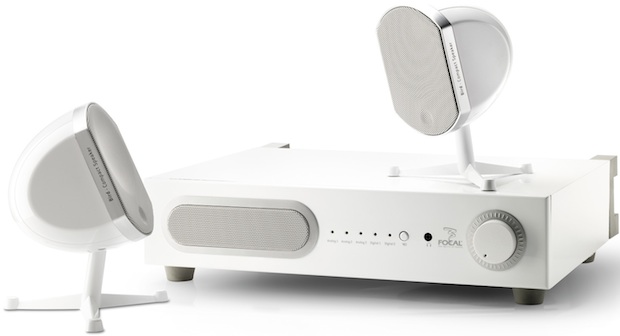 8 Greatest “A Step Up” Bargains in High-End Audio